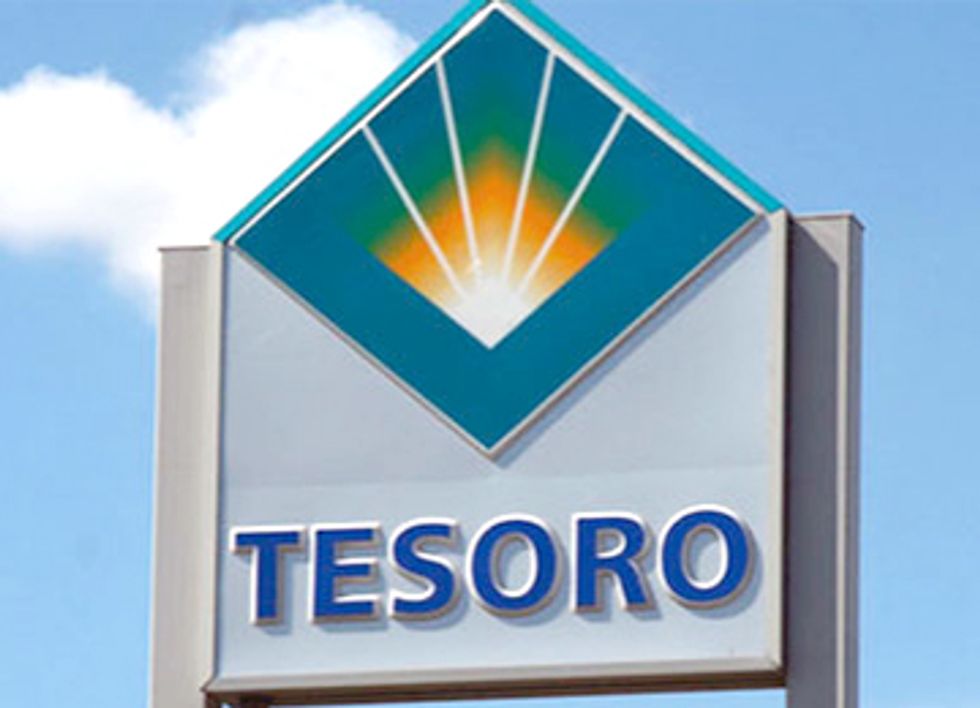 More than 20,600 barrels of oil fracked from the Bakken Shale has spilled from a Tesoro Logistics pipeline in Tioga, North Dakota in one of the biggest onshore oil spills in recent U.S. history.

Though the spill occurred on Sept. 29, the U.S. National Response Center—tasked with responding to chemical and oil spills—did not make the report available until Oct. 8 due to the ongoing government shutdown.

"The center generally makes such reports available on its website within 24 hours of their filing, but services were interrupted last week because of the U.S. government shutdown," explained Reuters.

The "Incident Summaries" portion of the National Response Center's website is currently down, and the homepage notes, "Due to [the] government shutdown, some services may not be available."

At more than 20,600 barrels—equivalent to 865,200 gallons—the spill was bigger than the April 2013 ExxonMobil Pegasus pipeline spill, which spewed 5,000-7,000 barrels of tar sands into a residential neighborhood in Mayflower, AR.

Kris Roberts, environmental geologist for the North Dakota Department of Health Division of Water Quality told the Williston Herald, "the leak was caused by a hole that deteriorated in the side of the pipe."

“No water, surface water or ground water was impacted," he said. “They installed monitoring wells to ensure there is no impact now or that there is going to be one."

Roberts also told the Herald he was impressed with Tesoro's handling of the cleanup.

Tesoro Logistics Chairman and CEO Greg Goff also weighed in on the spill.

"Protection and care of the environment are fundamental to our core values, and we deeply regret any impact to the landowner," said Goff in a press release. "We will continue to work tirelessly to fully remediate the release area."

Pipeline to Albany Refinery, Barging on the Hudson

Tesoro's six-inch pipeline was carrying oil obtained via the controversial hydraulic fracturing process to the Stampede, ND rail facility. From Stampede, Canadian Pacific's freight trains take the oil piped from Tesoro's pipeline and ship it to an Albany, NY holding facility by Global Partners located along the Hudson River.

"Over five years, the equivalent of roughly 91 million barrels of oil will be transported via CP's rail network from a loading facility in Stampede, N.D., to a Global terminal in Albany," explained a September story appearing in the Financial Post.

Once shipped to Global's Albany holding facility, much of the oil is barged to market on tankers along the Hudson from the Port of Albany.

"As much as a quarter of the shale oil being produced in North Dakota could soon be headed by rail to the Port of Albany," explained an April 2012 article appearing in the Albany Times-Union. "The crude oil...will be loaded onto barges to be shipped down the Hudson River to refineries along the East Coast."

North Dakota Petroleum Council's response to the largest fracked oil spill in U.S. history and one of the biggest onshore spills in U.S. history? Ho-hum.

"You know, this is an industrial business and sometimes things happen and the companies are certainly responsible to take care of these things when they happen," Petroleum Council President Ron Ness told KQCD.

John Berger, manager of Tesoro's Mandan, ND, refinery, sits on the Petroleum Council's Board of Directors.