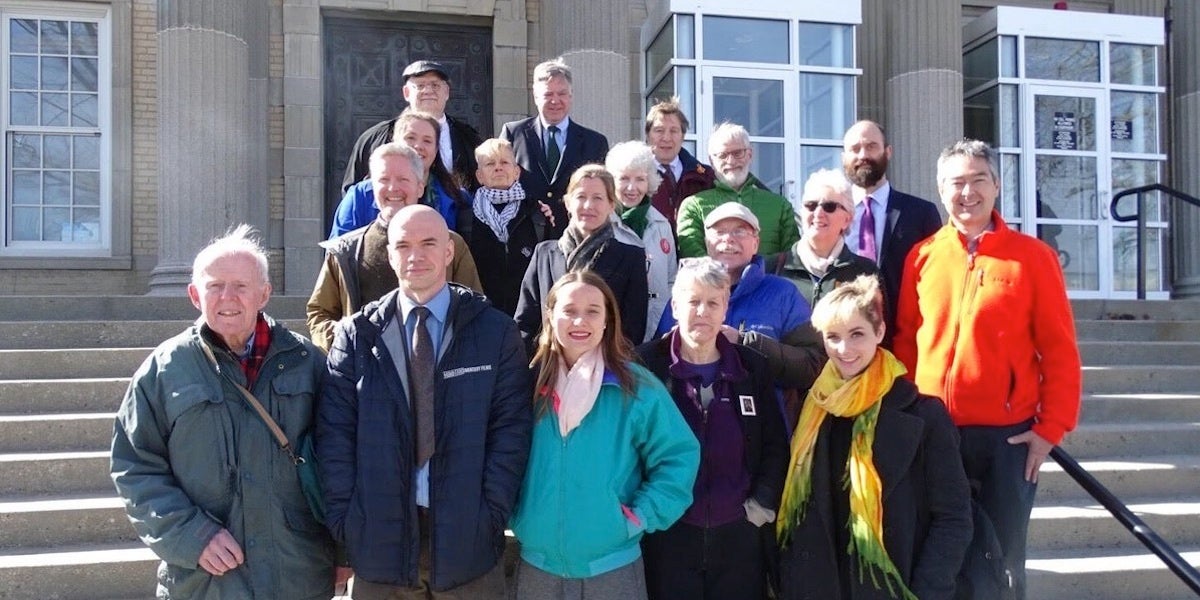 A Boston judge on Tuesday sided with 13
climate activists who were arrested for protesting the West Roxbury Mass Lateral
Pipeline.

Judge Mary Ann Driscoll of West Roxbury District Court decided it was necessary for the protestors to engage in civil disobedience to block the construction of Spectra Energy’s high-pressure
fracked gas pipeline and acquitted the activists of civil infractions, according to media reports.

The judge made the decision after hearing each defendant’s testimony. They
argued the threat of climate change necessitated their civil disobedience.

“Part of why Judge Mary Ann Driscoll found no liability was because they engaged in a sustained effort to end the project and attempted legal remedies by the city council, mayor, and other agencies to stop the pipeline.

Even though the pipeline was still constructed and operational by January 2017, that was irrelevant. The judge found the activists were not liable.”

Karenna Gore, the director of
Center for Earth Ethics and daughter of former Vice President Al Gore, was one of the 23 people arrested during a 2016 protest of the pipeline.

“What happened today was really important,” she said. “Essentially, the people that put themselves in the way of building this fossil fuel pipeline were found ‘not responsible’ by reason of necessity.”

“The irony of that is that we are making ourselves responsible. We are part of the the movement that is standing up and saying we won’t let this go by on our watch. We won’t act like nothing’s wrong.”

According to
The Independent:

“Neither Ms Driscoll or the court clerk was available for comment. However, one member of the court’s staff who asked not to be named, told The Independent the judge had found them not responsible. The person denied, however, that the judge had made the ruling on the grounds of legal necessity.”

The trial took place this week after the state prosecutor reduced the original charges of trespassing and disturbing the peace to civil infractions—the equivalent of a parking ticket.

The
Civil Disobedience Center, which supported the protestors, said that the prosecution’s reduced charges meant the activists were denied a chance to present a “necessity defense” against the gas pipeline.

“By reducing the charges, the prosecutor has avoided what could have been a groundbreaking legal case. The action effectively denied the 13 defendants a jury trial,” the Civil Disobedience Center
explained in a press release.

While the activists said they were disappointed that they would not get the chance to present their case to a jury of their peers, they still felt their resistance had a positive impact, the release noted.

350.org founder Bill McKibben, who was set to appear as a witness for the defendants, celebrated the judge’s decision.

He tweeted, “Good golly! A few minutes ago a Boston judge acquitted 13 pipeline protesters on the grounds that the climate crisis made it necessary for them to commit civil disobedience. This may be a first in America.”

Good golly! A few minutes ago a Boston judge acquitted 13 pipeline protesters on the grounds that the climate crisis made it necessary for them to commit civil disobedience. This may be a first in America. Details to follow, and go to @ClimateDisobey for some live video