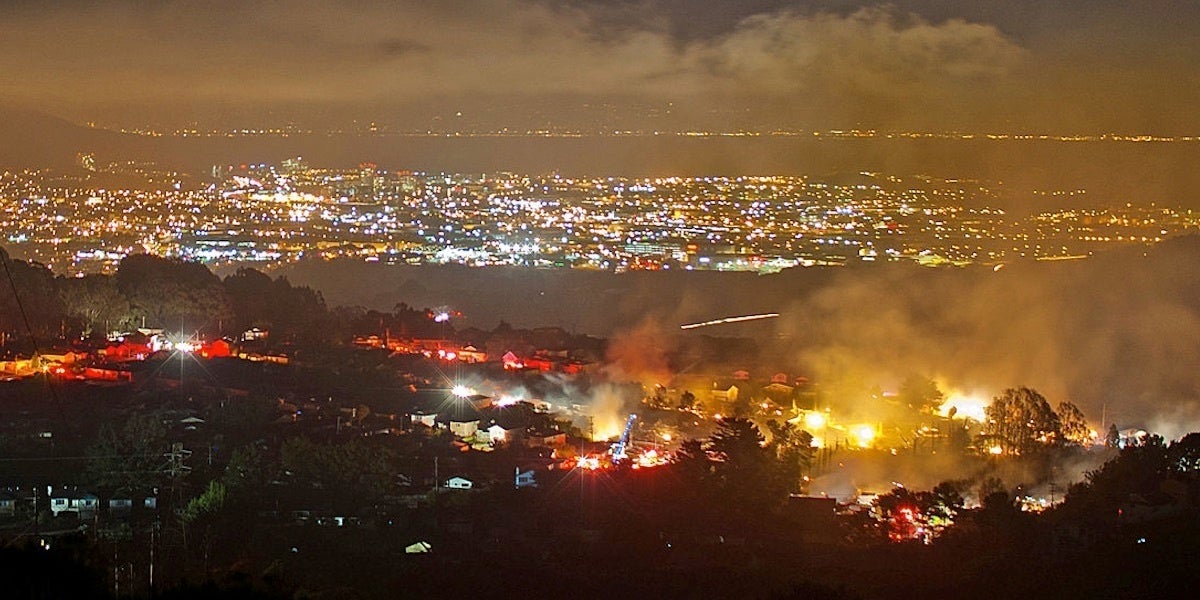 A striking report has revealed that 90 percent of the 137 interstate
pipeline fires or explosions since 2010 have drawn no financial penalties for the companies responsible.

The government levied a mere $5.4 million in fines for the 13 pipeline explosion and fire cases in the last eight years, the analysis found.

“That’s less than one day of profits for one major pipeline company,
TransCanada. It’s $2 million less than what [TransCanada CEO Russ Girling] made last year,” Soraghan explained in a tweet.

137 fires and explosions on interstate pipelines since start of 2010. $5.4 million in fines levied by feds at @PHMSA_DOT. That's less than one day of profits for one major pipeline company, TransCanada. It's $2M less than what co CEO made last year https://t.co/rBR8HzMRdh

Although serious pipeline incidents are relatively rare—at least when you consider how much natural gas is transported every day by the country’s
3 million miles of mainline and other pipelines—it’s little solace to the people who have suffered from pipeline accidents.

Citing PHMSA data, the
Washington Post reported that more than 300 people have died and 1,200 have been injured due to natural gas pipeline incidents in the last 20 years—and the nation’s aging gas distribution network further increases these risks.

But new gas pipelines explode, too. TransCanada’s Leach XPress project, which was placed in-service on Jan. 1, exploded in Marshall County, West Virginia in June. A 24-inch natural gas line, owned by Texas-based Energy Transfer Partners and its subsidiary Sunoco, exploded in Beaver County, Pennsylvania in September a week after it was activated.

These risks have prompted calls from environmentalists and concerned citizens to halt new fracked gas projects such as the Atlantic Coast Pipeline and Mountain Valley Pipeline, which have both lost key permits in recent weeks.

“Those who disregard the public’s widespread opposition to fracked gas pipelines seemingly always point to how safe they are and closely watched they’ll be. Nothing could be further from the truth,” the Sierra Club‘s Beyond Dirty Fuels campaign director Kelly Martin said in an online statement in response to the E&E News article.

“We know we can’t expect corporate polluters to look out for our health, but we should be able to count on our enforcement agencies to protect us. Stories like these show exactly why we should never build another fracked gas pipeline, especially when clean, renewable energy sources are abundant and affordable,” Martin concluded.