Activists May Argue Pipeline Shutdown Was Necessary Due to Climate Change, Court Rules 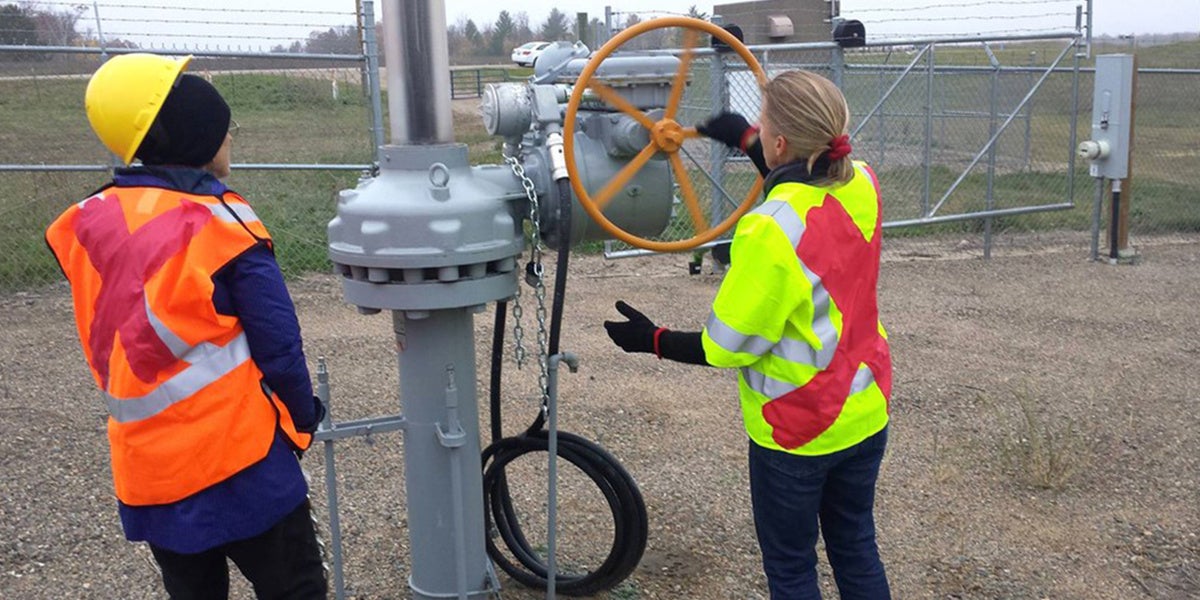 The Minnesota Court of Appeals ruled Monday that four
climate activists facing criminal charges may use an unusual “necessity defense” over their efforts to shut down a pair of tar sands pipelines owned by Enbridge Energy.

“Valve turners” Emily Johnston and Annette Klapstein were charged after shutting off the emergency valves on the two pipelines in October 2016. Johnston and Klapstein, and the two defendants who filmed them, argue their actions to stop the flow of the polluting bitumen were justified due to the threat of climate change.

The action was part of
Climate Direct Action‘s plan to shut down five pipelines across the U.S. that deliver tar sands oil from Alberta, Canada.

The case now heads to trial in Clearwater County later this year. This court’s decision allows the defense to call on climate scientists and other experts to explain the threat of climate change during the trial.

“The Minnesota Court of Appeals has upheld our right to present the facts on the ongoing climate catastrophe, caused largely by the fossil fuel industry, to a Minnesota jury,” Klapstein told the
Associated Press in a statement. “As a retired attorney, I am encouraged to see that courts across the country seem increasingly willing to allow the necessity defense in climate cases.”

The activists face felony charges of criminal damage to property and other counts.

In October, a district court judge ruled that he will allow the pipeline protesters to present the necessity defense for the charges. State prosecutors challenged the decision and the Minnesota Court of Appeals heard oral arguments in February.

According to the Associated Press, the three-judge appeals panel
ruled 2-1 Monday that the prosecutor failed to show that allowing the necessity defense will have a “critical impact” on the outcome of the protesters’ trials.

However, Appeals Judge Francis Connolly wrote in a dissenting opinion that the necessity defense does not apply “because there is no direct, causal connection between respondents’ criminal trespass and the prevention of global warming.”

“This case is about whether respondents have committed the crimes of damage to property and trespass. It is not about global warming,” Connolly wrote.

This is not the first time a court has dismissed charges against a group of protesters using the defense.
Last month, a Boston judge sided with 13 climate activists who were arrested for protesting the West Roxbury Mass Lateral Pipeline. The protestors argued the threat of climate change necessitated their civil disobedience.