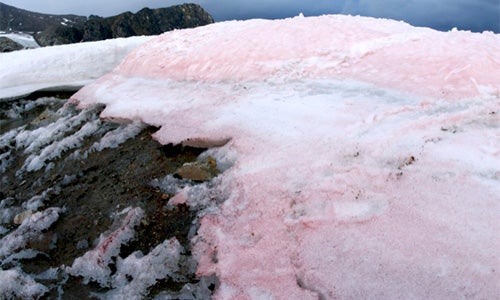 While it might look pretty, red snow is a cause for concern, scientists say.

The phenomenon, sometimes called watermelon snow or blood snow, is actually an algae bloom, The Washington Post reported. Algae known as chlamydomonas nivalis are causing the hue through chemical reactions. The algae are normally green, but when they soak up ultraviolet rays, they turn red. 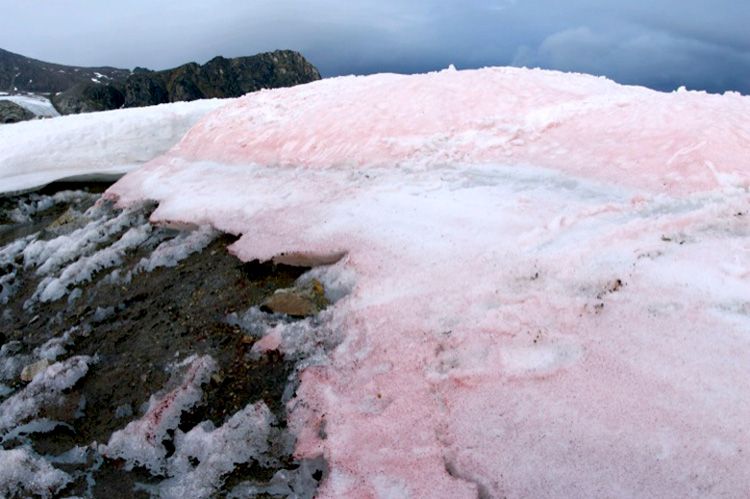 Snow algae bloom in red on ice and snow and thereby darken the surface. This accelerates the thawing of ice. Photo credit: Liane G. Benning, GFZ

A study published last week in Nature Communications stated that not only does the algae change the color of snow, it also changes the albedo.

A team of German and British scientists lead by Stefanie Lutz, postdoc at the German Research Centre for Geosciences GFZ and at the University of Leeds, studied 40 samples of watermelon snow across four Arctic locations: Norwegian archipelago Svalbard, Sweden, Greenland and Iceland. Thirty-six of the samples were taken from Svalbard and Sweden alone, providing 12 and 24, respectively.

The scientists estimated that the decrease in snow albedo in areas with algae over the course of one melt season was about 13 percent. The algal blooms darkened the color of the snow, therefore lowering the albedo. Items with lower albedos reflect less light. The light they don’t reflect is then absorbed, making the surface hotter and the ice to melt faster.

“Our results point out that the ‘bio-albedo’ effect is important and has to be considered in future climate models,” Lutz, the paper’s lead author, said.

Lutz and team measured a similar decrease in albedo in the algae-filled snow across all sites. 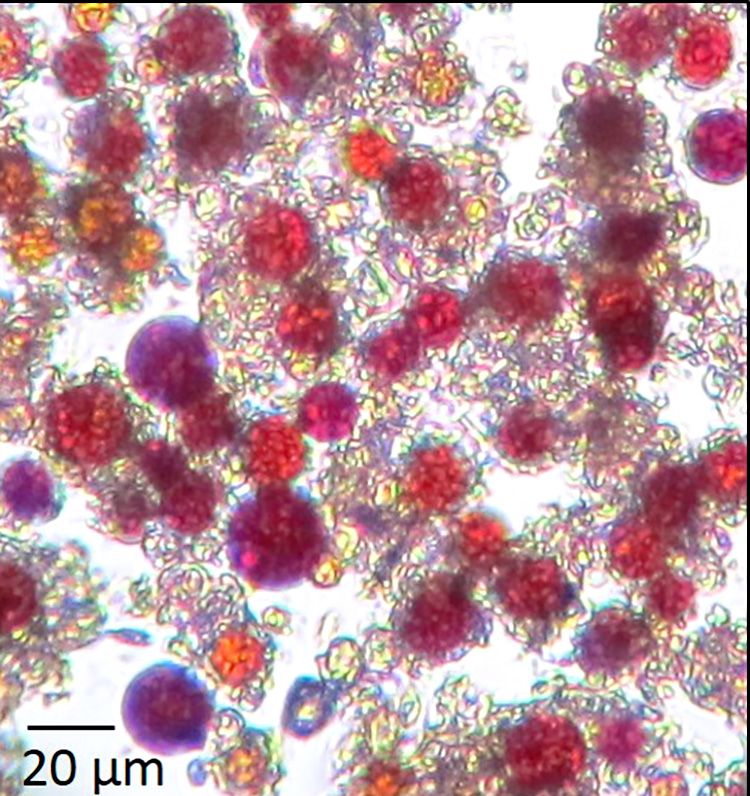 Red snow usually appears during late spring and summer months, according to a statement by the GFZ. Thin layers of liquid water form on ice and snow in the Arctic, providing the right conditions for the growth of the algae. Over the winter season, the algae fall dormant.

Algal blooms create a snowball effect. The more glaciers and snow fields that thaw, the more algal blooms will occur, darkening the surface of remaining snow and accelerating melting, the German Research Centre for Geosciences explained.

“The algae need liquid water in order to bloom,” Lutz told Gizmodo. “Therefore the melting of snow and ice surfaces controls the abundance of the algae. The more melting, the more algae. With temperatures rising globally, the snow algae phenomenon will likely also increase leading to an even higher bio-albedo effect.” 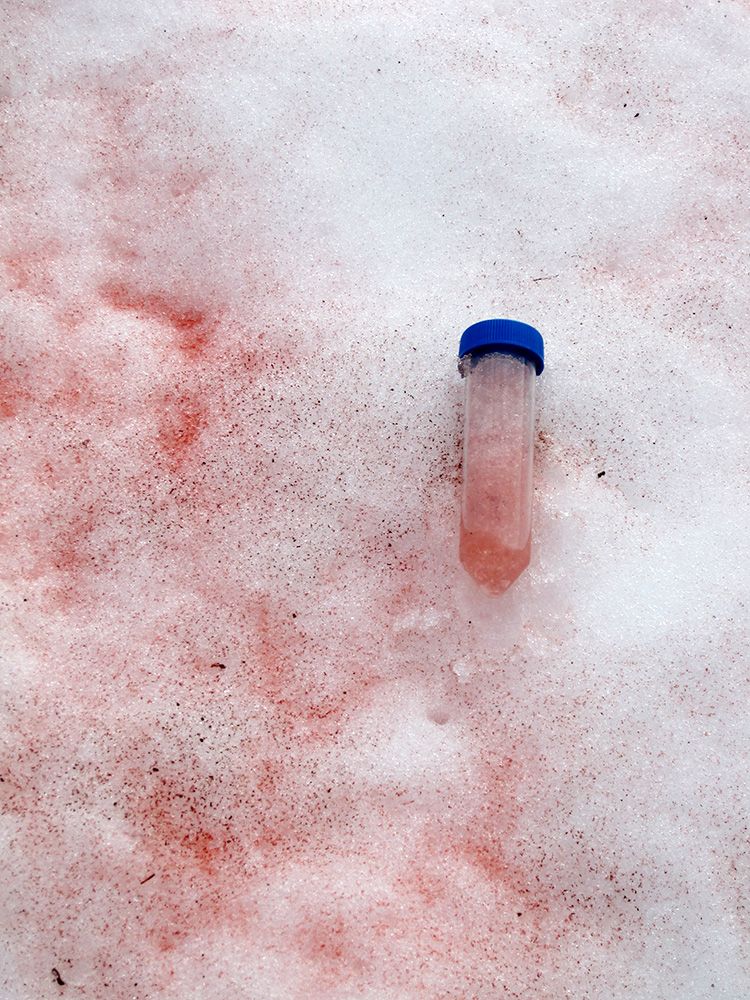 It is still unclear how large these red algal blooms can get, but Lutz estimates they will be widespread.

“Based on personal observations, a conservative estimate would be 50 percent of the snow surface on a glacier [will be covered by the algae] at the end of a melt season,” she said. “But this can potentially be even higher.”

Lutz and a UK-led team of researchers will work on the Greenland Ice Sheet this summer to continue studies of the algae. The ice sheet is currently experiencing record-breaking ice melt, which started two months early this year, EcoWatch reported. About 12 percent of Greenland’s ice sheet was melting as of April 11.

The team will investigate whether the algae is contributing to the record melting and to what extent.