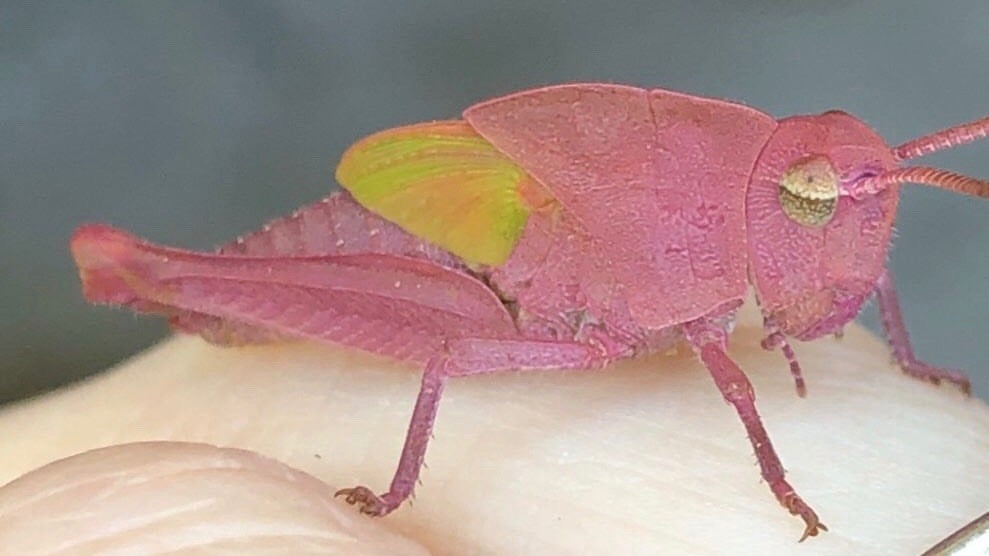 A rare pink grasshopper was discovered by a three-year-old exploring his Austin, Texas garden earlier this week. An image of the candy-colored insect was shared by the boy’s mother Allison Barger, according to KXAN, an NBC affiliate. 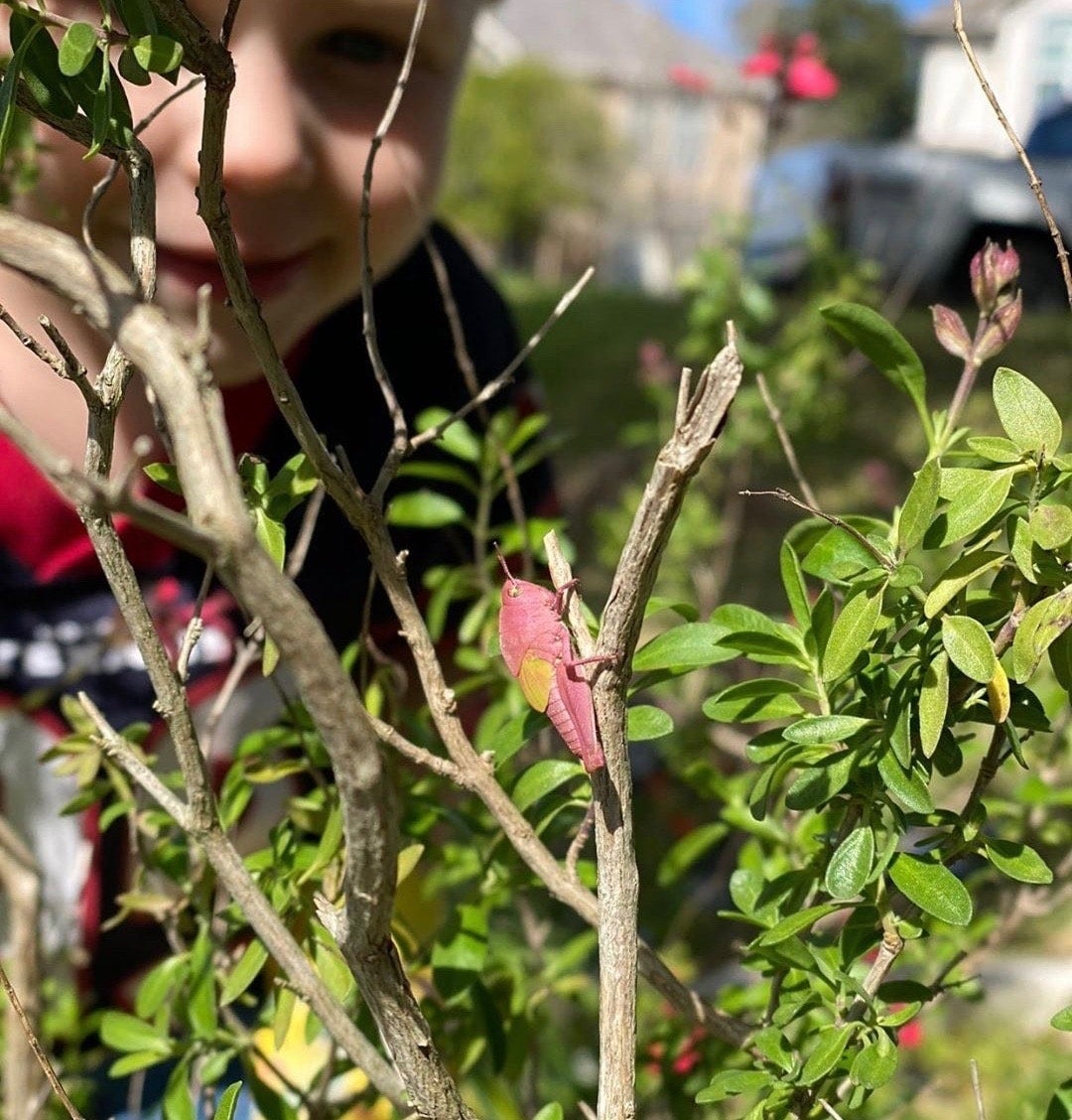 Why is the grasshopper pink? It’s the result of a genetic mutation, National Geographic Explorer and Research Director for the Translyvania Wildlife Project Victoria Hillman said, according to KXAN. During her field season, Hillman and her team found six such grasshoppers in their early nymph stages.

“They do exist but rarely make it to adulthood as they are easily picked off by predators as they are so conspicuous against the green foliage compared to the normal green and brownish morphs which is one of the reasons they are hardly ever seen, the other reason I will explain below,” she adds.

The bubble-gum pink insect gets its unique color-combo from a condition known as erythrism, whereby a recessive gene similar to those affecting albino animals. Instead of a complete loss of pigmentation, erythrism sees a complete replacement of normal pigment with an “exceptional prevalence” of red pigmentation. On the other hand, some insects at higher altitudes may experience melanism, a genetic mechanism that darkens the pigmentation to absorb more solar radiation, allowing for the ability to heat up more quickly.

In humans, erythrism may play a role in the presence of red hair and freckles. It could also impact the coloring of fur, feathers and eggshells of other animals, according to a 1997 study published in JSTOR.

“This mutation results in one of two things happening or even a combination of the two; a reduce or even absence of the normal pigment and/or the excessive production of other pigments, in this case red which results in pink morphs,” wrote Hillman.

Though rare, erythrism has been observed throughout the animal kingdom. Four years ago, a similarly pink-hued female meadow grasshopper was captured in the UK. Just last summer, a strawberry-colored leopard was spotted in South Africa’s Thabo Tholo Wilderness Area last summer, IFLScience reported at the time.