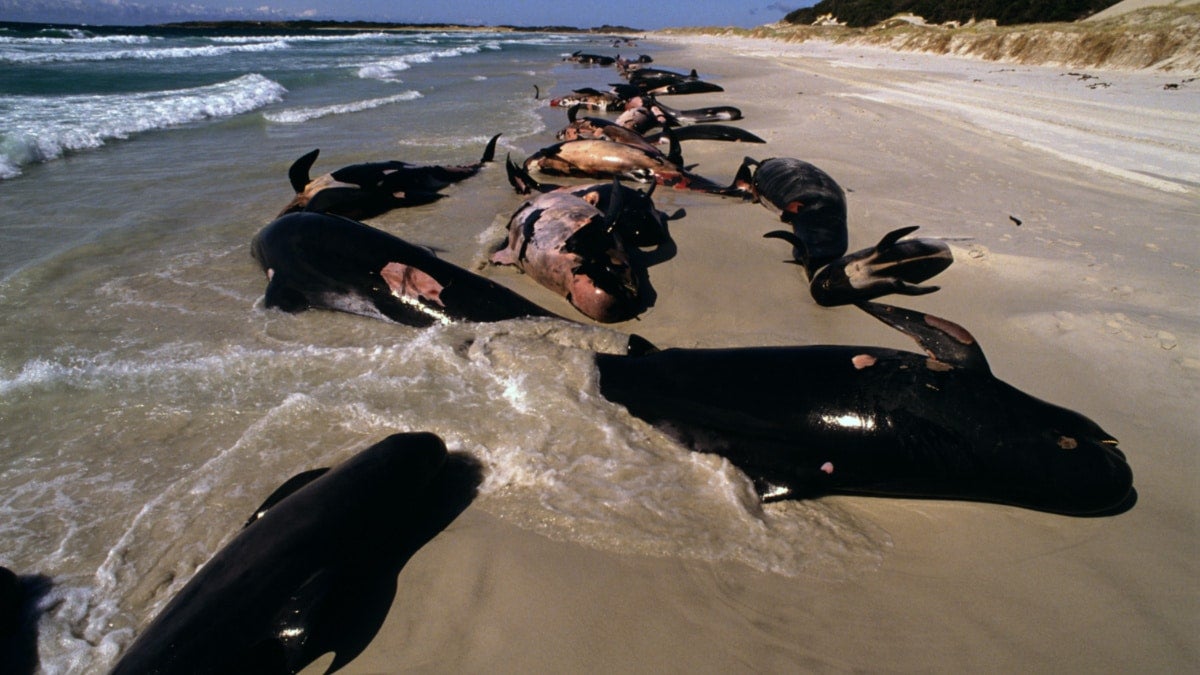 More long-finned pilot whales were found stranded today on beaches in Tasmania, Australia. About 500 whales have become stranded, including at least 380 that have died, the AP reported. It is the largest mass stranding in Australia’s recorded history.

The stranding started on Monday when the whales became stuck on sandbars in Macquarie Harbor on Tasmania’s west coast. Rescue efforts started on Tuesday morning and successfully helped 50 whales back into the water. On Wednesday afternoon, rescuers were trying to save the remaining 30 survivors, The Guardian reported.

“While they’re still alive and in water, there’s still hope for them — but as time goes on they do become more fatigued,” Nic Deka, regional manager for Tasmania’s Parks and Wildlife Service, told the BBC.

The Tasmanian government officials said that rescue efforts would continue as long as there were survivors. At the same time, The Tasmania Parks and Wildlife Service will address removing the carcasses dotting Macquarie Harbor, the BBC reported.

“We have a couple of options that we are considering, but we need to consider all aspects before we settle on a decision,” Deka said in a Tasmanian government press release. “We can’t leave the whales in the harbor as they will present a range of issues. We are committed to retrieving and disposing but our key priority is to remain focused on the rescue effort.”

“From the air most of the additional whales detected appear to be dead, but a boat has headed over there this morning to do an assessment from the water,” Deka said in the press release.

Tasmania experiences more than 80 percent of Australia’s whale stranding events, the BBC reported, although the last mass stranding with more than 50 whales occurred in 2009.

There’s no clear reason why stranding occurs, but several theories exist, including the notion that whales become confused if they get too close to the shoreline. Since whales are social creatures, it might take only one confused whale to lead an entire pod ashore, BBC reported.