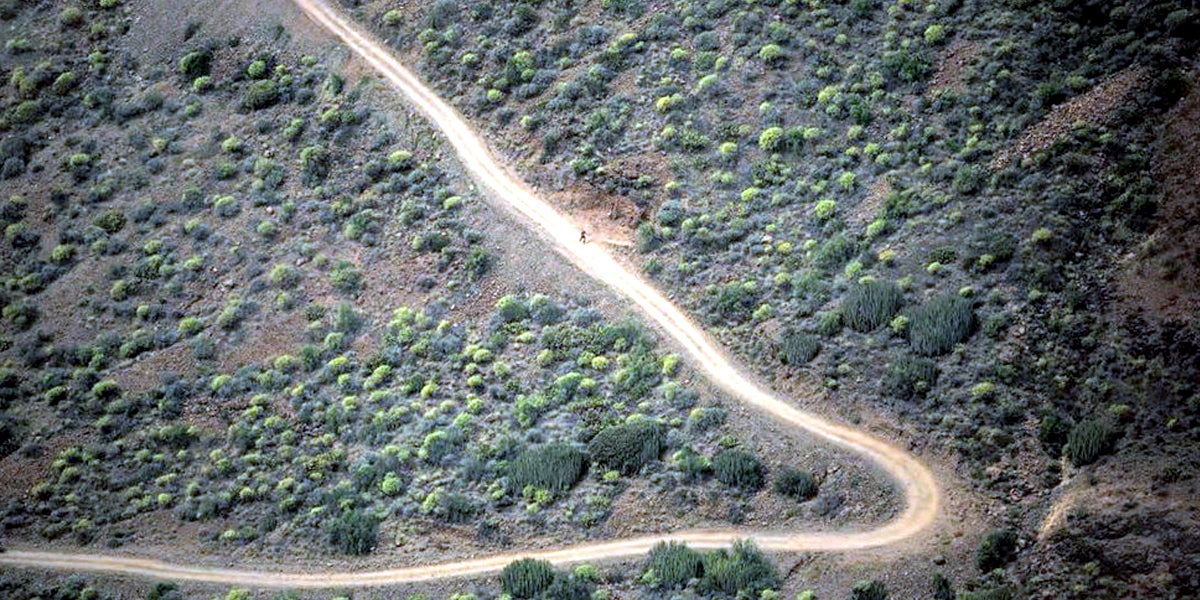 Photographer Alexis Berg discovered trail running in 2013, when he filmed his brother in the Diagonele des Fous, a 100-mile ultramarathon on Reunion Island. Almost immediately, he decided he wanted to create a photo book that his brother, Frederic Berg, could write. When he found no other coffee table book on the subject, they moved forward.

Between January and October of 2015, Berg traveled the globe to shoot 15 different ultramarathons for his book Grand Trail (VeloPress, $45). He photographed races in China, New Zealand, Spain, Morocco, Australia, Italy, Switzerland, Canada, Japan and the U.S. He was often away from home for months at a time.

In between races, he traveled by car to different locations to shoot runners training. For example, in the U.S., after photographing the Western States Endurance Run in California, he hopped in a car and traveled to Yosemite and the Grand Canyon to shoot runners before ending up two weeks later at the Hardrock Hundred Mile Endurance Run in Colorado.

Finding some of the runners along routes that stretched for 100 miles or more proved difficult at times, to say the least. The toughest shot to capture involved finding Scott Jurek in the middle of his 2,189-mile, 46-day record run up the Appalachian Trail. Alexis flew into New York City and had a friend pick him up and drive him through the rain at night to Pennsylvania, where Jurek was running. But Berg couldn’t get ahold of Jurek or his wife by phone, so he and his friend drove around searching through the night. Finally, when they decided to quit and look for a hotel to spend the night, they saw three vans parked on the side of the road. Jurek was there eating.

The photo Berg is the most proud of involved a lot of luck. He had traveled to Chamonix, France, to shoot Emelie Forsberg, but the weather was horrible. All of a sudden, the skies cleared and Berg had a window to shoot his subject. When the two decided to leave the mountain, Berg saw a ridge with fabulous light shining down on it. Forsberg ran on the ridge just as a white bird flew up in front of her, and Berg got the shot. “I immediately knew that this picture would make the cover,” said Berg.

One of the biggest things Berg discovered is that trail running is not just a casual pastime. It can’t be a classical sport like tennis or basketball because it involves such a serious commitment. To train for 100-mile races takes a lot of time and energy. “For most runners, trailrunning is a central thing in their lives, part of their identity,” he said.

If there’s one lesson Berg hopes readers of the book take away, it’s that trail runners aren’t mad. He says they have a freedom and sense of adventure that people who are locked into day jobs don’t have. “Trail runners, especially those who run ultra distances, are often referred to as crazy,” said Berg. “I think it’s the opposite.”

Photos by Alexis Berg. Text by Frédéric Berg. Republished with permission of Velopress from Grand Trail: a magnificent journey to the heart of ultrarunning and racing. See more here. Reposted with permission from our media associate SIERRA Magazine.