This Is the First-Ever Photo of a Black Hole 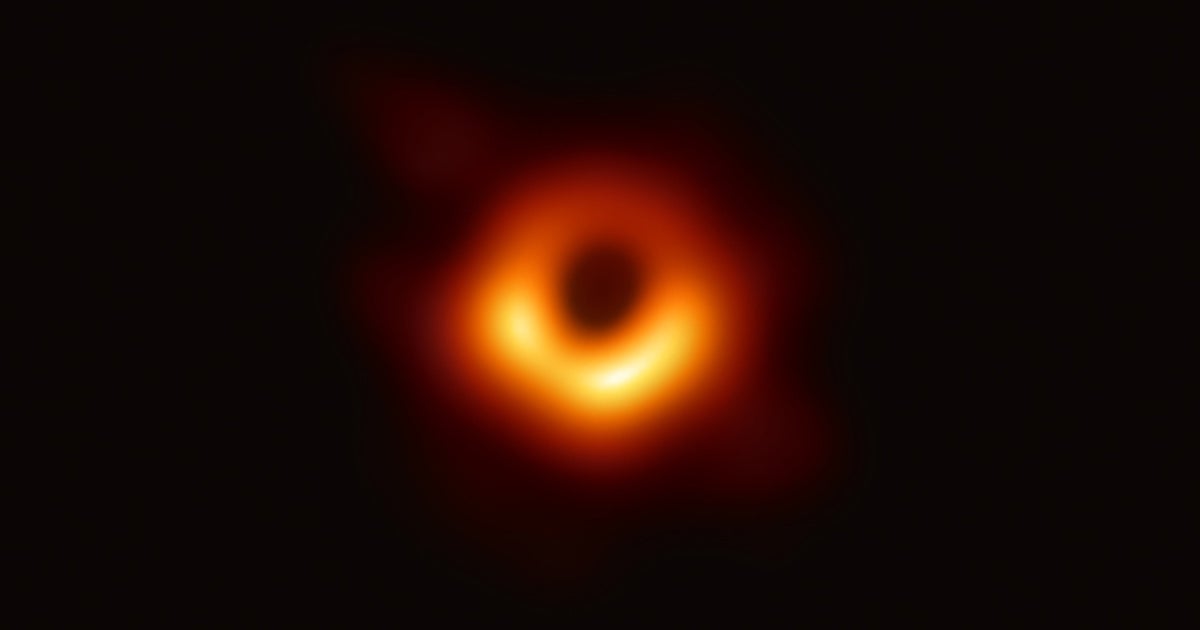 Here it is! The very first picture of a black hole. At six press conferences simultaneously — in Brussels, Washington, Taipei, Tokyo, Shanghai, Santiago de Chile — researchers presented the remarkable photo: A dark circle with a flaming orange ring of light.

The researchers couldn’t do this with a telescope. A telescope of this size would have to be as large as the Earth. Because this is impossible, the researchers came up with a trick. They connected eight strong radio telescopes around the globe to simulate a giant telescope. Since 2017, they have collected data on data, packed them together and were able to prove with a picture what Albert Einstein had already calculated 100 years ago: that there must be something with such a mass that it attracts, swallows and distracts from its orbit anything close to it.

This photo, presented by researchers from the international research project Event Horizon Telescope, is groundbreaking. A new era, as Carlos Moedas, the European Unions’s research commissioner, put it in Brussels. That is definitely true. It would be worthy of a Nobel Prize. Because black holes are what they are called: black, dark, invisible. Black holes have such a large mass that they swallow anything that approaches them. They even swallow their own light, so they are not visible. The gravity of black holes is unimaginably great.

Why Do Researchers Know That Black Holes Exist?

Black holes have no surface like planets or stars. Rather, they are areas in space. They have huge “mouths,” waiting to devour everything that comes too close to them. They divert stars, nebulae and light from their orbit, pushing them, squeezing them, pulling all matter towards them, resulting in them orbiting the black abyss like whirlpools. These distractions can be measured by researchers. They know that there must be something enormous, something of gigantic power, doing its work.

How Are Black Holes Formed?

In very different ways. For example, when a massive star dies, it explodes. Researchers call this a supernova. The star repels its outer layers while the rest collapses, leaving behind a relatively small black hole that no longer lets any light escape due to its mega-mass.

Black holes can also occur when two stars collide and then unite. If the mass is particularly large, this new star can collapse and become a black hole.

And then there are supermassive black holes. They can have millions or billions of times the mass of our sun. They are at the center of most galaxies, including our Milky Way. Researchers do not yet know how they were formed. They suspect that several black holes may have fused there.

Why Are Black Holes So Important?

Without the power of black holes, our universe would probably look quite different. It could even be that galaxies can only be formed by black holes.

Which Black Holes Do You Need to Know About?

The international research team in Hawaii, Arizona, Spain, Mexico, Chile and at the South Pole has been observing and measuring a few since 2017. One is Sagittarius A, a supermassive black hole in the center of our Milky Way. Sagittarius A is 26,000 light years away from Earth and over four million times more massive than our Sun.

The second candidate is the supermassive black hole in the giant galaxy M87 in the Virgo cluster. It is even further away from us, namely 55 million light years (if you can still imagine that) and it has 6.6 billion solar masses.

Reposted with permission from our media associate Deutsce Welle.