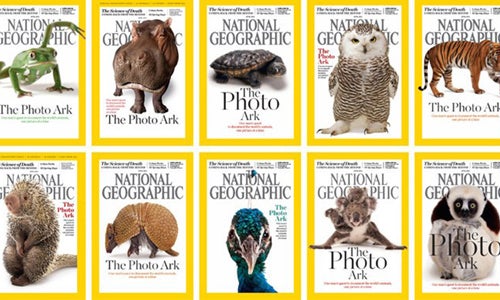 Each and every one of Earth’s creatures are precious. Even those that are covered in scales, have eight legs or are as small as a thumbnail. We saw the world’s uproar in 2015 when Cecil the Lion was killed illegally by a trophy hunter. But it does not matter whether majestic and beloved or forgotten about and slimy, half of the world’s plant and animal species will soon be threatened by extinction.

Each time we lose a species, we don’t just lose a curious sight, we lose opportunities for medical research and a greater understanding of ourselves, we lose a link in the chain of our fragile ecosphere that protects our food, our water and our air. Issues around endangerment and extinction are complicated and often polarizing. It is far easier to turn a blind eye than to care about the last remaining frog of it’s kind halfway around the world. Often times though it is not willful ignorance that causes inaction, but just simply not knowing. How can you know, care and connect to an animal that you may not have known existed or have never seen before? 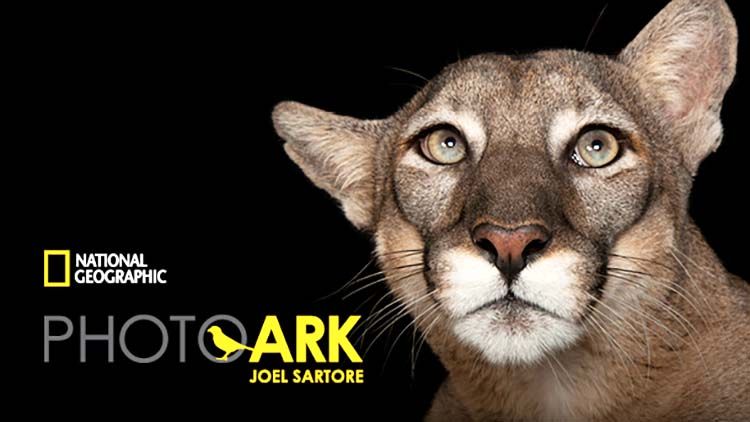 In 1995, from his home in Lincoln, Nebraska, National Geographic Photographer Joel Sartore embarked on a mission to solve this problem with his Photo Ark. His mission is to photograph all of the world’s captive species, roughly 12,000 and he’s now nearly halfway there. “I want people to care, to fall in love and to take action,” Joel said.

Last week, while in Washington, DC, I made sure to visit the National Geographic Museum to see the Photo Ark Exhibit. This exhibit allows you to follow Joel around the world in nearly 5,000 photographs of different animal species. In a word, it’s fantastic! I strongly encourage everyone to go if you get a chance, the exhibit will only remain on display for less than a month, closing April 10.

While nothing beats viewing these images in person, you can follow Joel Sartore’s instagram, purchase a print from his website or buy his book RARE: Portraits of America’s Endangered Species. 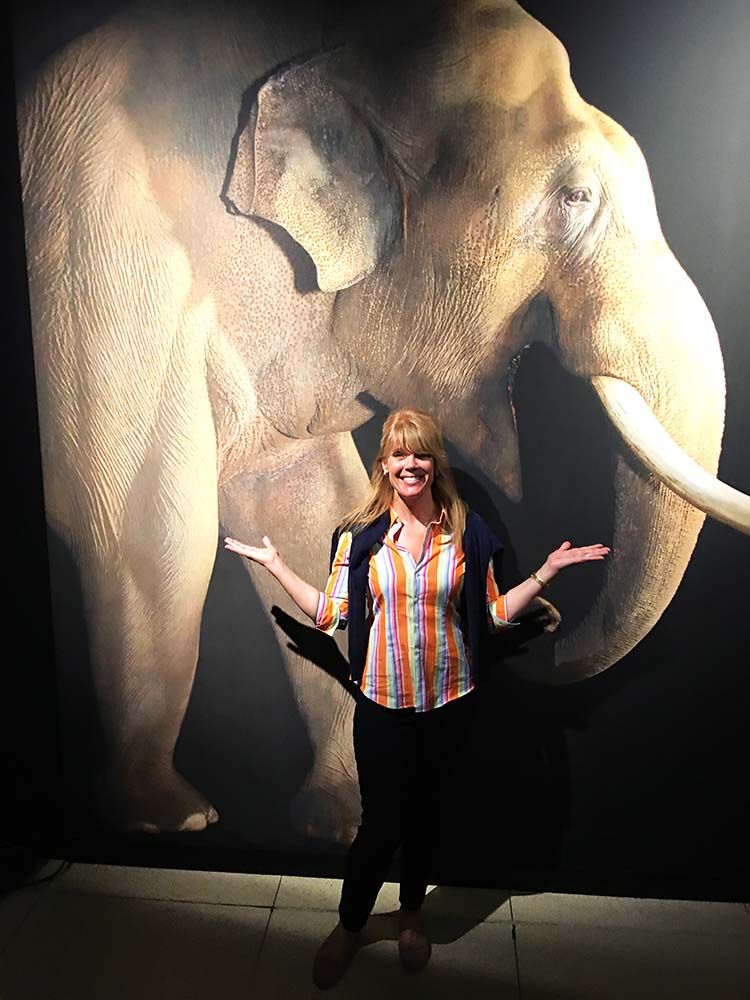 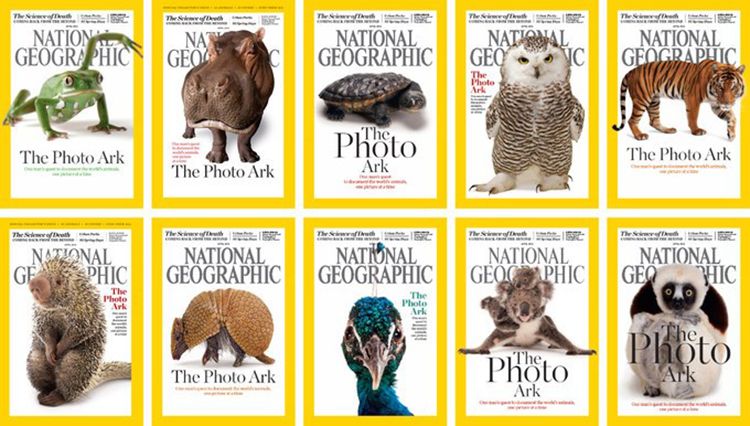 I had the privilege of joining Joel on a visit to see Toughie, the loneliest frog in the world, this past December at a truly cool place called the frogPOD at the Atlanta Botanical Garden. 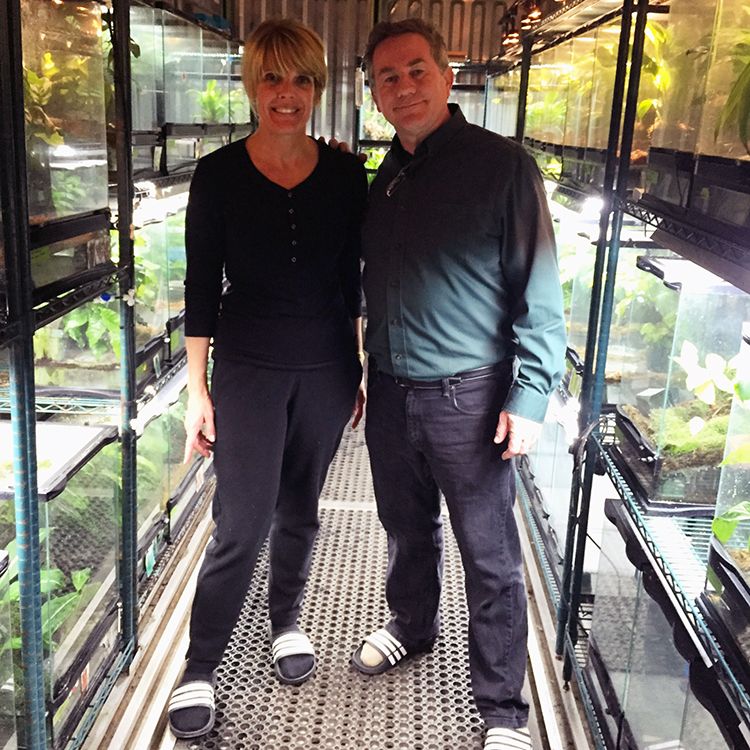 The frogPOD houses the captive breeding program for species of frogs that were endemic to Panama, including the Crowned Tree Frog, Blue Glass Frog, Lemur Leaf Frog and Eyelash Marsupial Frog. These frogs are extinct in the wild so the program is critically important to the survival of these species. Toughie, the now famous (because of his cameo in the globally-viewed documentary Racing Extinction) and sadly last-of-his-kind Rabbs’ Fringe-limbed Tree frog, will live out his days here. His species is named after our good friend and former fellow board member of Defenders of Wildlife, the world famous herpetologist, George Rabb. Joel was also photographing the newest resident at the center, a rare species native to Georgia, the Frosted Flatwoods Salamander. 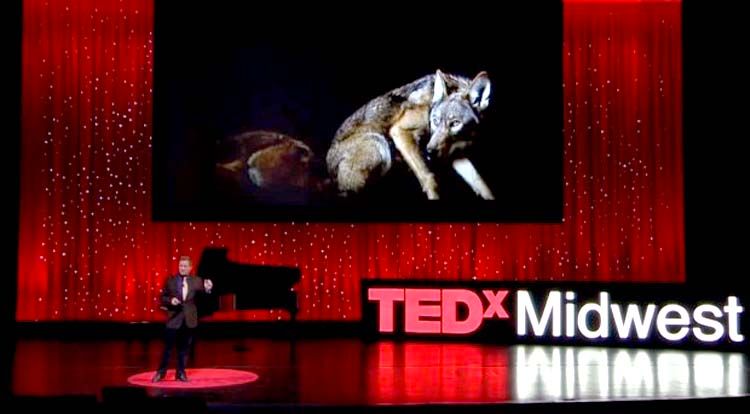 Joel Sartore at TEDxMidwest on why he does what he does, shooting for National Geographic and the importance of conservation.

Joel hopes his Photo Ark will connect people to these precious animals by bringing you face to face with the many dying wonders of our planet. It is in great hope that many of these captive animals will be encouraged to breed bringing back the population to viable numbers. But we all have to help and do our part.

Learn more about what you can do to create change in the world that will help not only our children but also the incredible biodiversity and web of life that our lives are intrinsically tied to. You can follow Joel on social media @joelsartore and follow Mark Mandica, amphibian conservation coordinator at the Atlanta Botanical Garden @frogsneedourhelp for some of the world’s rarest frogs.

Eastern Monarch Butterflies at Risk of Extinction Unless Numbers Increase