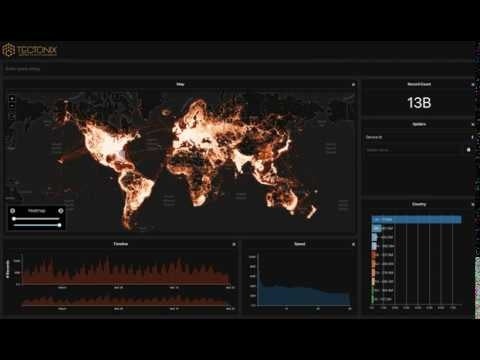 A viral video showing cell phone data collected by location accuracy company X-Mode from spring break partiers potentially spreading the coronavirus around the U.S. has brought up questions of digital privacy even as it shows convincingly the importance of staying home to defeat the disease.

“First thing you should note is the importance of social distancing,” tweeted Daily Dot journalist Mikael Thalen of the video. “The second is how much data your phone gives off.”

The data in the video, which X-Mode fed into mapping platform Tectonix, shows people from one Florida beach over spring break departing the Sunshine State and spreading around the country, mostly to the Northeast.

This shows the location data of phones that were on a Florida beach during Spring Break. It then shows where those phones traveled.

First thing you should note is the importance of social distancing. The second is how much data your phone gives off. pic.twitter.com/iokUX3qjeB

Continuing our look at #SocialDistancing impact on #COVID19 … This week @NYGovCuomo took decisive action calling for New Yorkers to #StayHome We took a look at mobile device movement leaving NY this week and the data shows strict policy is needed! pic.twitter.com/N6pElCoZjC

“It’s a glimpse into the power and scope of mobile tracking data, which the tech companies claim is anonymized to not reveal information about the owner of the device,” wrote Newsweek’s Jason Murdock.

According to Thalen’s report on the data for the Daily Dot:

X-Mode states that the data used is “anonymized,” meaning a cellphone’s location is not linked to its user’s identity. Tectonix took that raw data and honed in specifically on devices moving between 3 and 10 miles per hour in an attempt to pinpoint cellphone owners believed to be walking or traveling with bikes or scooters.

“I don’t know what scares me more,” tweeted CBC News reporter Roberto Rocha, “the spread of Florida beach revelers or that this data is being tracked.”

In a report Wednesday on the outbreak, the Guardian revealed that the cell phone industry’s international regulatory body the GSMMA is considering developing a global data-sharing system to track people from their devices in order to help contain the coronavirus outbreak.

«Any move to create such a global tracking system would represent a major escalation in efforts to use mobile phone location data to help stem the pandemic, and would be likely to raise concerns among privacy and security experts.»#COVIDー19https://t.co/PmeozyS9km

Such a move would come with myriad privacy and security concerns and would be sure to generate intense backlash from civil liberty advocates around the world.

As the Guardian reported:

Until now the use of mobile phone tracking in the fight against Covid-19 has been restricted to national governments, which are either monitoring data within their borders or in discussions with mobile operators and technology companies about doing so.

They include the US, India, Iran, Poland, Singapore, Israel, and South Korea. The British government is engaged in talks with BT, the owner of the UK mobile operator EE, about using phone location and usage data to determine the efficacy of isolation orders.

The concept of an international mobile tracing scheme would go further, enabling authorities to monitor movements and potentially track the spread of the disease across borders.

The risks of letting state and corporate powers overrun civil liberties is real in a moment of crisis, warned the Electronic Frontier Foundation’s Cindy Cohn on Monday.

“We already see calls from companies seeking to cash in on this crisis for unchecked face surveillance, social media monitoring, and other efforts far beyond what medicine or epidemiology require,” said Cohn.

While there is a need to keep safe and healthy for the good of the community, Cohn continued, that should not come at the expense of vigilance over freedom and civil rights.

“Right now, when real science is so often under attack, those of us who care about truth, health, and each other need to take seriously the things that science and medicine are telling us about how to keep this virus from spreading,” wrote Cohn. “And we also need to be vigilant so that we come out the other side of this crisis with a society we want to live in and hand down to our kids. We can — and must — do both.”