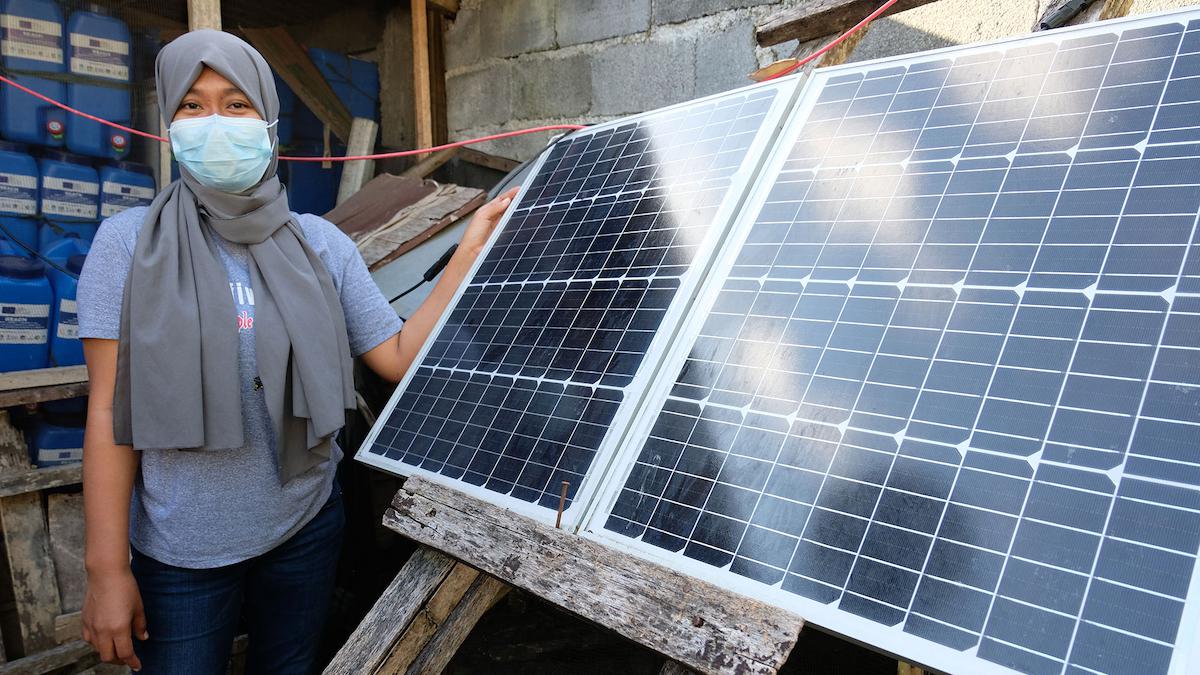 Women in the Philippines are working together to build resilience to weather disasters like typhoons and organize around other issues including sustainable agriculture and violence against women, Thomson Reuters reports.

After Typhoon Haiyan hammered the central Philippines in 2013, Lorna dela Pena began organizing in Marabut to train women on how to operate solar-powered generators to use during evacuations, including one instance when, “We were able to use this TekPak to power a nebuliser when someone had an asthma attack,” Azucena Bagunas, another of the “solar scholars” said.

The community is moving beyond using solar solely in emergencies and is using the generators to power their homes as well. “If we use (solar) as our main source of power in our homes, then we don’t even have to pay for electricity,” Bagunas said. “As long as you have a panel, you’ll have affordable and reliable power.”

Hopefully, the emergency generators will not be needed as Tropical Storm Rai strengthens and could hit the country with typhoon strength later this week.

Leah Payud, resilience portfolio manager at Oxfam Philippines, said her aid agency supported initiatives to introduce solar energy in poor rural communities, especially because it helps women and children who are among the most vulnerable to climate change.

“During disasters, the unpaid care work and domestic work of women doubles,” she said, adding their burden is made heavier by having to find an energy source to carry out those jobs.

“Women don’t have access to a clean kitchen to cook their meals, and there is no electricity to lighten their tasks, for example when breastfeeding or sanitising equipment,” she said.

The direct benefits women can gain from clean, cheap and easily available energy mean they should be involved in expanding its adoption, she added.

“They are the mainstream users and energy producers – and without their involvement, renewable energy initiatives can become inappropriate,” she added. “There is no climate justice without gender justice.”