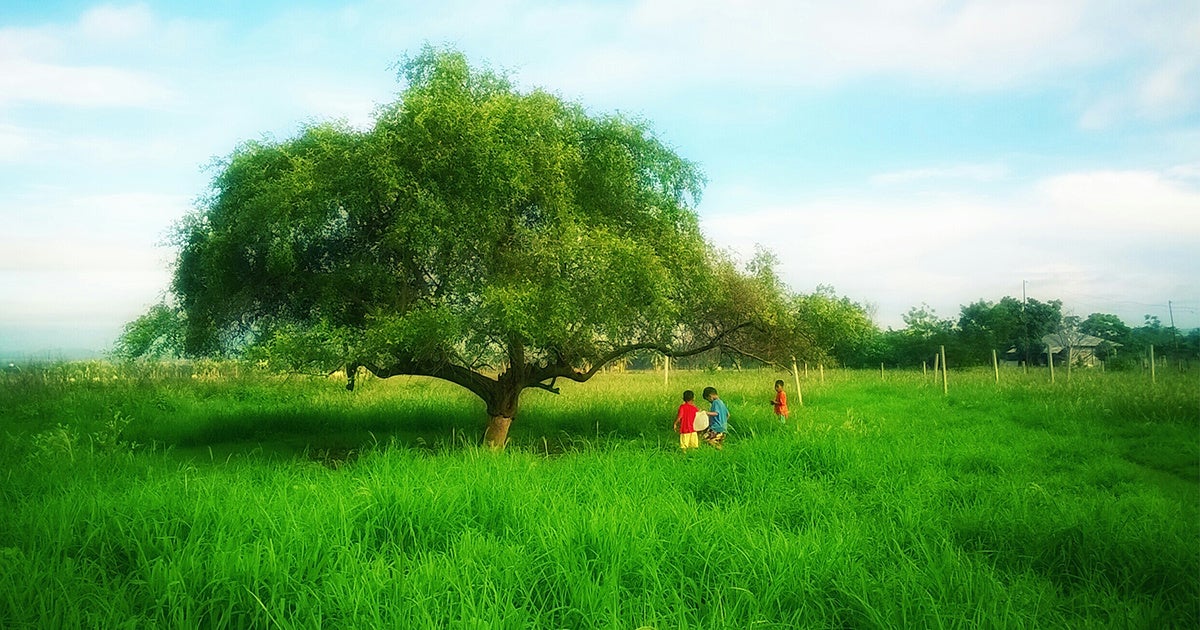 Boys walk in a field in the Philippines, where students will be required to plant 10 trees before graduating. Justine Prado / EyeEm / Getty Images

It’s no secret that trees work wonders. They trap carbon. They filter the air by trapping particulate matter. In return, they let out clean oxygen for us to breathe. That’s why the Filipino congress passed a new law requiring every student to plant 10 trees before they are allowed to graduate from elementary school, high school or college.

House Bill 8728, or the “Graduation Legacy for the Environment Act,” is expected to pass the senate for final approval.

“With over 12 million students graduating from elementary and nearly five million students graduating from high school and almost 500,000 graduating from college each year, this initiative, if properly implemented, will ensure that at least 175 million new trees would be planted each year. In the course of one generation, no less than 525 billion can be planted under this initiative,” Gary Alejano, one of the bill’s principal author’s, explained in the bill’s explanatory note, as reported by CNN Philippines. “Even with a survival rate of only 10 percent, this would mean an additional 525 million trees would be available for the youth to enjoy, when they assume the mantle of leadership in the future.”

To implement the bill, several government agencies will collaborate to establish nurseries, produce and distribute seedlings and provide technical support. The bill also requires an emphasis on indigenous species over imported species, which is key to preserving biodiversity. Indigenous trees also fit the bill’s requirement to plant trees appropriate to the climate and topography, according to CNN Philippines.

Lest kids plant trees randomly, the bill also lays out where trees are to be planted, emphasizing government-owned land from rainforests to oceanside mangroves to city streets.

The impetus for the bill is not only climate change, but also an attempt to restore Philippines forests, which have fallen prey to massive deforestation. The logging and mining industry have torn up many of the more than 7,000 Filipino islands. Forbes reports that 70 percent of the Philippines was forest at the beginning of the 20th century. By the end of the century, it dropped to just 20 percent. From 1934 to 1988, it is estimated that the Philippines lost over 24 million acres of forest, primarily due to logging. Bare forests increase the risk of floods and landslides, according to the Independent.

The government bill does not solely aim to reap the benefits of increasing forests, which would capture more carbon. It also hopes to plant a seed with its students, which will germinate into increased environmental awareness for future generations and effective ecological initiatives, according to India Today.