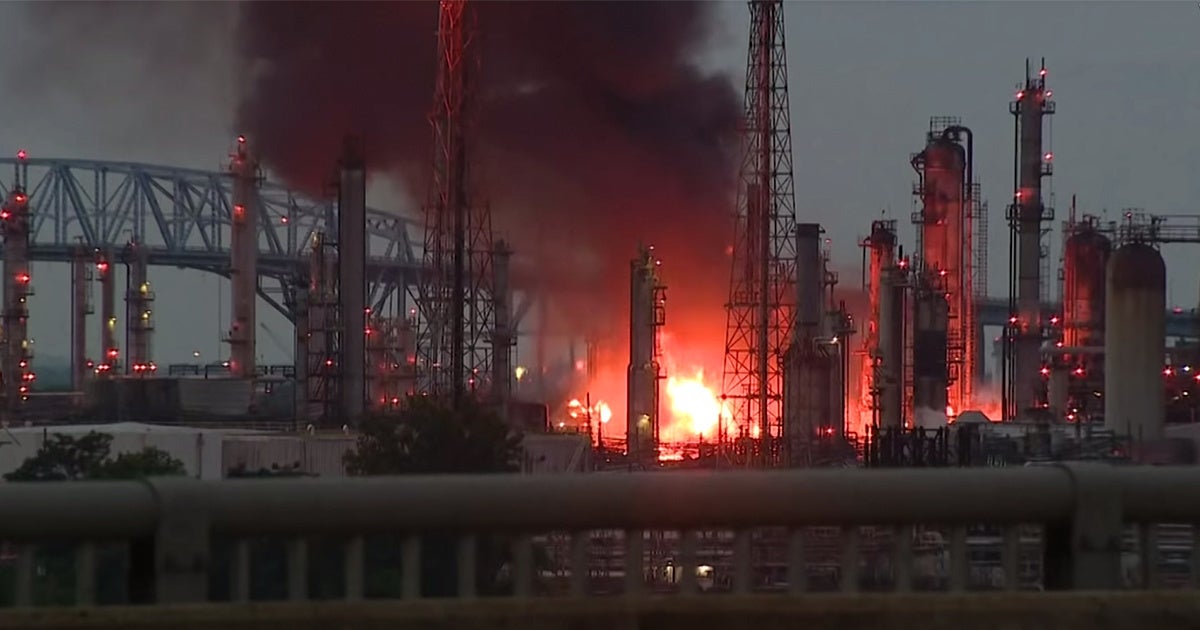 A fire broke out at a Philadelphia oil refinery Friday morning, starting with an explosion so massive it was felt as far away as South Jersey and Delaware County, Pennsylvania, CNN reported.

“All of a sudden — boom — the ground shook. The flame went up. Parts were falling out of the sky,” Daryl Lee, who was on his paper route when the explosion ignited around 4 a.m., told 6 ABC Action News. “Like the sun landed on the ground, that’s how bright it was. Then as it fell back down, you saw what looked like metal coming down. Like glitter, sparkles, raining down. That’s when I realized this thing blew up.”

The fire started in a tank containing butane and propane at the Philadelphia Energy Solutions (PES) refinery in South Philadelphia, which is the 10th largest refinery in the nation and the largest on the East Coast, the company claims. Five workers were treated for minor injuries following the blaze, which was extinguished Saturday afternoon. At one point, more than 120 firefighters battled the flames with more than 50 pieces of equipment, 6 ABC Action News reported.

Smoke from the fire raised concerns about air pollution: the refinery is the No. 1 source of particulate matter in the Philadelphia area on a good day, according to NBC 10. However, the Philadelphia Department of Health measured the air quality and concluded that there were “no findings that would point to any immediate danger in the surrounding community at this time.”

The city said it would continue to monitor air quality in a statement Sunday. The cause of the fire will be investigated starting Monday by agencies including the Occupational Safety and Health Administration, Bureau of Alcohol, Tobacco, Firearms and Explosives, the U.S. Chemical Safety and Hazard Investigation Board and the Philadelphia Fire Department’s Fire Marshal’s Office.

Friday’s fire comes after a smaller blaze June 10, and the two fires have prompted renewed protests from community members and environmentalists who have long been concerned about the plant’s impact on its neighbors.

The group Philly Thrive, which has been protesting the plant since 2015, held a press conference outside Philadelphia’s City Hall Friday with four demands:

Philly Thrive member Sylvia Bennet has lived with her two daughters near the refinery for their entire lives, and her daughters both have cancer.

“We’re breathing bad air. All we ask for is that they clean up the air, take this fossil fuel away,” Bennett told 6 ABC Action News.

However, the PES refinery, which filed for bankruptcy last year, could shutter without activist pressure. A University of Pennsylvania report said it could close within five years due to financial difficulties, The Philadelphia Inquirer reported.

Friday’s fire only adds to PES’ financial woes. An alkylation unit involved in the fire was entirely destroyed, Reuters reported. It could take several years to rebuild. Damage to the unit and the refinery overall could mean one of the refinery’s two sections would remain shut for an extended period, and then would operate at reduced rates while the unit is replaced.