"This is almost certainly a large underestimation." 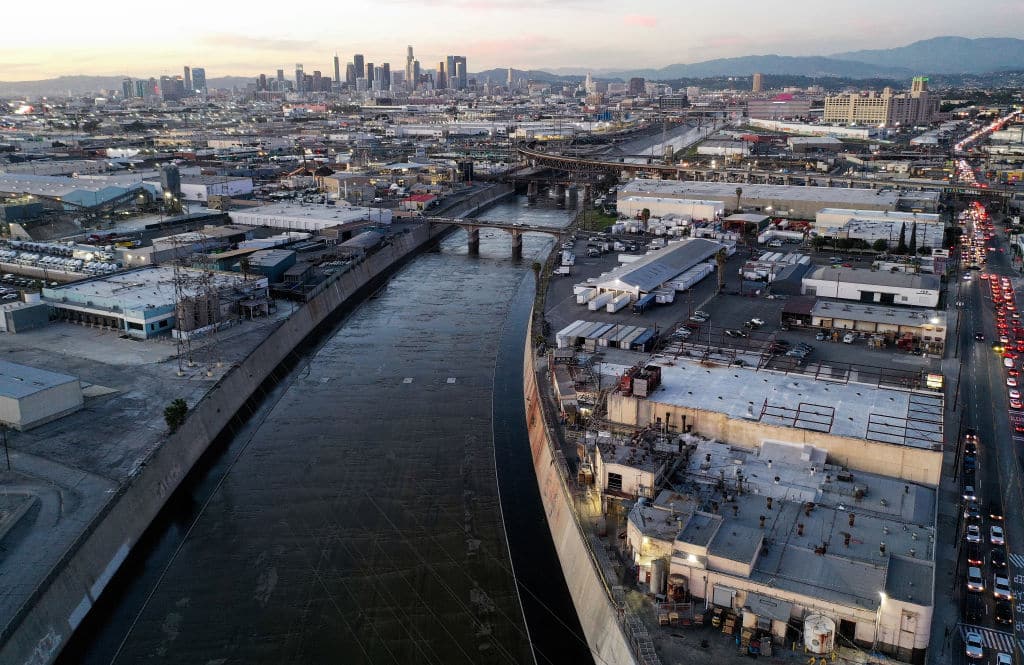 That’s the result of a new study and mapping effort from Northeastern University’s PFAS Project Lab published in Environmental Science & Technology Letters Wednesday. In the absence of rigorous testing, the researchers used a new method to predict where the persistent environmental toxins would be found.

“While it sounds scary that there are over 57,000 presumptive contamination sites, this is almost certainly a large underestimation,” study co-author and Northeastern University’s Social Science Environmental Health Research Institute director Dr. Phil Brown said in a press release emailed to EcoWatch. “The scope of PFAS contamination is immense, and communities impacted by this contamination deserve swift regulatory action that stops ongoing and future uses of PFAS while cleaning up already existing contamination.”

The Problem With PFAS

PFAS are a major environmental and public health concern to which federal regulators are just now catching up. It was perhaps predictive of their overall toxicity that they emerged during the same Manhattan Project that gave us the atomic bomb, the study authors noted. Today, there are more than 12,000 chemicals that fall under the PFAS umbrella, and they have at least 200 known uses, appearing in everything from firefighting foam to astro turf to stain-and water-resistant clothing.

PFAS have been linked to a variety of health problems including cancer, immune suppression, hormone disruption and developmental and reproductive problems, according to the Environmental Protection Agency (EPA). Because they have a tendency to disperse throughout the environment once they enter it, the Centers for Disease Control and Prevention (CDC) found that most U.S. residents had been exposed to them in some way. The majority of people whose blood serum the agency tested tested positive for four common PFAS. Around 200 million people in the U.S. drink PFAS-contaminated drinking water, according to the study. The chemicals are even present in most rainwater that falls around the world and the umbilical cord blood of newborns, according to two recent studies.

“Not only do we all have PFAS in our bodies, but we also know that PFAS affects almost every organ system,” study co-author and scientist emeritus and former director of the National Institute of Environmental Health Sciences and the National Toxicology Program Dr. Linda Birnbaum said in the press release.  “It is essential that we understand where PFAS are in our communities so that we can prevent exposures.”

Despite the urgency, testing is well below the need for it. While industry has been aware of the risks posed by certain PFAS since the 1960s, the EPA just proposed non-binding drinking-water safety limits for two of the most dangerous, common PFAS in June and proposed regulating the same two PFAS under the Superfund Law in August. So far, the only federal water testing for PFAS excludes private wells and reports at a higher level than the EPA’s new safety limits.

At the state level, 19 states have passed regulations and some states have tested drinking water and then tried to locate the source of contamination. However, this form of testing is time consuming, under-resourced and can miss less obvious sources.

In order to fill in some of these gaps, the study authors decided to map something called “presumptive PFAS contamination.”

“We know that PFAS testing is very sporadic, and there are many data gaps in identifying known sites of PFAS contamination. That’s why the ‘presumptive contamination’ model is a useful tool in the absence of existing high-quality data,” senior paper author and PFAS Project Lab co-director Dr. Alissa Cordner said in the press release.

But what exactly is the “presumptive contamination model?”

“A presumptive contamination approach posits that, in the absence of high-quality data to the contrary, PFAS contamination is probable near facilities known to produce, use, and/or release PFAS, and to protect public health, the existence of PFAS in these locations should be presumed until high-quality testing data is available,” the study authors explained.

The research team identified three types of sites likely to be contaminated with PFAS.

The scientists then used reliable, publicly-available data to integrate all of these sites into a map of presumptive PFAS contamination. In total, they located 57,412 sites, among them 49,145 industrial facilities, 4,255 wastewater treatment plants, 3,493 military sites and 519 major airports.

“PFAS contamination at these locations is very likely,” Dr. Cordner said in the press release.

The data is also publically available via the “PFAS Sites and Community Resources” map put together by the PFAS Project Lab, Silent Spring Institute and the PFAS-REACH team.

The team also checked their work against more than 500 known PFAS-contaminated locations and found that 72 percent of them were either on the map or covered by the mapping model.

Ultimately, the researchers hope that their map can be a tool for both other scientists and state and federal regulators to better understand and manage PFAS pollution in the U.S.

“PFAS testing is expensive and resource intensive,” study co-author and Northeastern University post-doctoral researcher Dr. Kimberly Garrett said in the press release. “We have developed a standardized methodology that can help identify and prioritize locations for monitoring, regulation, and remediation.”