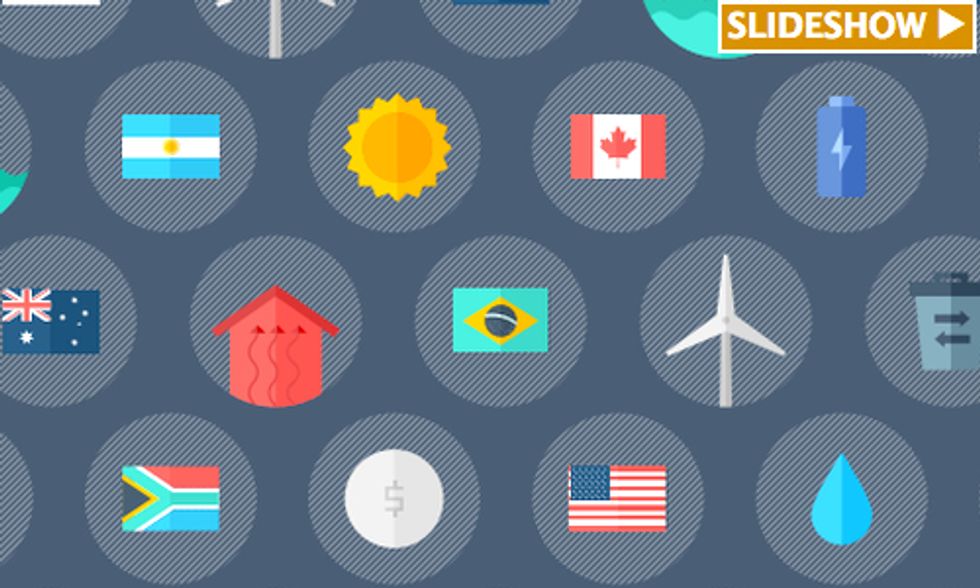 The organization considers a variety of categories and measurable figures, pitting nations against one another to answer one question—Who's Winning the Clean Energy Race?

With so many categories, it's not the easiest question to answer. Still, a look at the report shows that China stands ahead of the rest of the G-20 nations.

Overall, clean energy investment fell 11 percent last year to $254 billion. That marks the second straight year of decline after a record investment of $318 billion in 2011.

"Despite a slow recovery from a global recession and damaging policy uncertainty, the clean energy industry has established itself as a $250 billion component of the world economy," she said. "While there was an overall decline in investment, there are signs that the sector is reaping the rewards of becoming a more mature industry. Prices for technologies continue to drop, making them increasingly competitive with conventional power sources.

"Key clean energy stock indexes rose significantly in 2013, with public market financing up by 176 percent. Markets for clean energy technologies in fast-growing developing countries are prospering, because these economies view distributed generation as an opportunity to avoid investments in costly transmission systems."