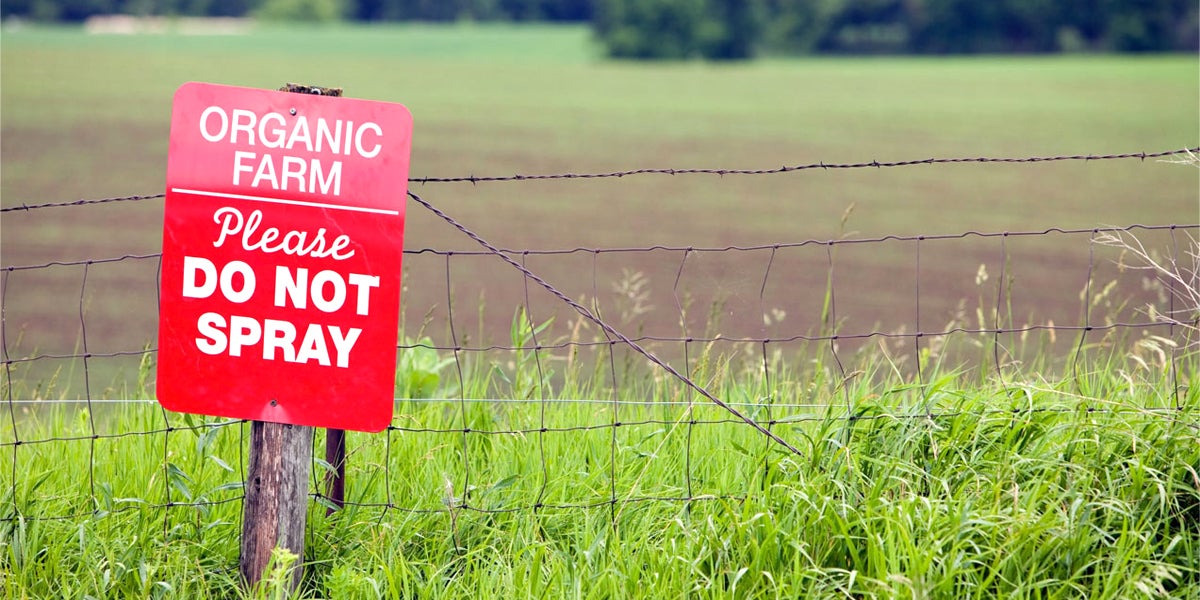 With the growing demand for organic foods in the U.S., there has been a backlash from agribusiness groups, companies and individuals who see organic as a threat to their interests. These critics accuse the organic industry of using deceptive marketing practices to get consumers to pay more money for organic food. Another line of attack has been that organic farmers use lots of pesticides, some of which are more toxic than those used by conventional farmers.

The reality is that some organic farmers do use pesticides but such products are primarily derived from natural substances, go through a strict regulatory approval process to ensure they are not harmful to the environment and human health and are only allowed to be used when other pest control methods aren’t successful.

The fact is that the organic farming and food movement is based on producing healthier foods without the use of toxic pesticides.

However, organic farmers, like their conventional counterparts, face challenges with weeds, insects and diseases. To help address those challenges, the National Organic Program allows the use of certain natural-based and synthetic substances as pesticides. The National Organic Program’s National List of Allowed and Prohibited Substances details about 25 synthetic products that are allowed to be used in organic crop production. These include alcohols, copper sulfate and hydrogen peroxide. By contrast, there are some 900 synthetic pesticides approved for use in conventional farming.

There are also many natural-based substances used as pesticides that are allowed in organic farming. These include neem oil, diatomaceous earth and pepper.

“When you look at the substances themselves and not at the use rates, organic represents the least toxic set of substances,” said Nate Lewis, farm policy director at the Organic Trade Association. “The difference is pretty striking.”

Most pesticides allowed for use in organic farming are derived from plants or bacteria. “They have their roots in nature,” said Charles Benbrook of Benbrook Consulting Services, an organic consulting firm.

The majority of organic-approved pesticides are used in fruit and vegetable production, said Lewis. Very few are used in organic grain production.

Critics also cite the use of copper-based pesticides, which are used as fungicides in organic and conventional fruit production.

Copper does have issues. Kelsey McKee, OMRI’s review program and quality director, cites documents from the U.S. Department of Agriculture and EPA that describe concerns with the use of copper.

In an October 2015 review of copper, the National Organic Standards Board acknowledged that it is “both harmful in the environment when misused and absolutely necessary to grow many crops to protect against disease.”

The National Organic Standards Board called for additional study on copper for the next review of the material to see if it should continue to be on the National List.

In a comment to a Scientific America article on organic pesticides, Rob Wallbridge, an organic farmer in Quebec, said that copper is not absorbed by plants and washes off “which is good for risk of consumer exposure.” He also said that organic certification standards “require monitoring and restrict producers from using copper sulfate if copper is accumulating in the soil at excessive levels.”

Copper is also exempt from an EPA tolerance and is an essential nutrient, according to Brian Baker, consultant at Belcairn Concerns and former research director at OMRI.

Baker emphasizes that conventional farmers also use copper. “If they think it is so bad, why don’t they stop using it?”

Marrone, whose company develops biopesticides for organic production, said there are organic and OMRI-approved alternatives to copper on the market. These include Zonix and Polyversum and her company’s Regalia. The OMRI Products List also includes non-synthetic alternatives such as biological fungicides and botanical extracts such as cinnamon oil and clove oil.

Foliar Spray Bt Not the Same as GMO Bt

Then there is the debate over organic-approved Bt insecticide versus genetically engineered Bt crops. Critics say the organic industry is hypocritical by allowing the use of a foliar Bt spray to kill insects while opposing GMO crops containing genes from the Bt or bacillus thuringiensis bacterium.

Benbrook called such criticism spin. “It’s a completely different situation. Bt toxins in GM sweetcorn are inside the kernel and remain there when the corn is cooked and eaten. People who eat that sweetcorn will get a high dose of Bt toxins.”

By contrast, the Bt foliar spray breaks down quickly and doesn’t remain on the plant. “There is zero human exposure to foliar Bt spray,” Benbrook said. “Implying that the GMO Bt is the same as the foliar spray is a lie.”

Pesticides May Be Used Only as a Last Resort

Perhaps the most important point in the discussion about the use of pesticides in organic agriculture is the fact that the organic rules require that approved synthetic pesticides be used only as a last resort.

“The standards say you must apply practices like having cover crops and crop rotations and things that create health in the whole ecosystem and your farm,” said Dag Falck, organic program manager, Nature’s Path. “After you’ve demonstrated and documented to your certifier that you’ve done these steps, if they are not adequate to control the problem, then only are you allowed to use things from the National List.”

According to Falck, many organic farmers don’t even consider using synthetic substances from the National List. “They say, ‘that’s not how I do things,'” he said.