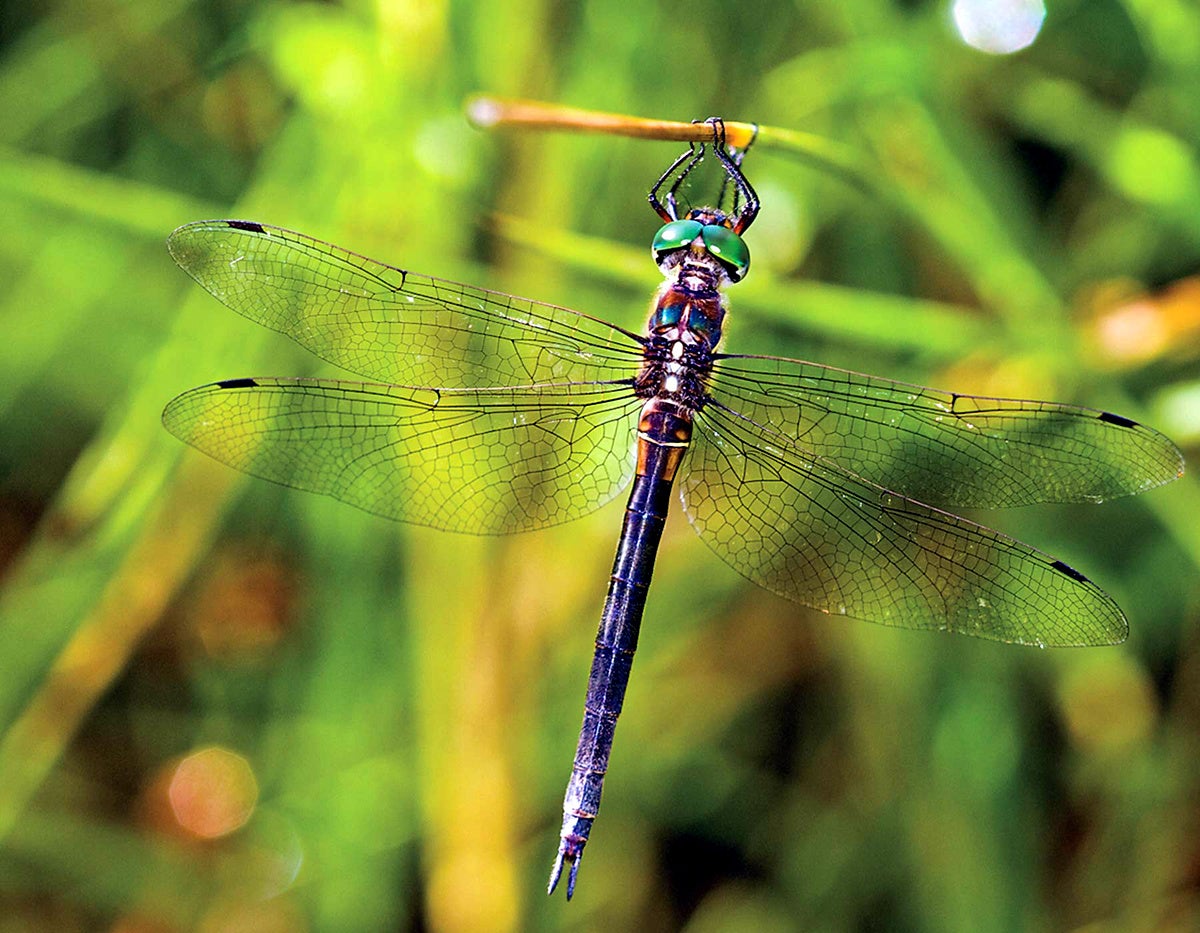 A new analysis published this month by U.S. Geological Survey scientists found pesticides at high enough concentrations to harm already imperiled aquatic invertebrates in more than half of 100 streams studied in the Midwest and Great Plains. The pesticide levels threaten species like the Hine’s emerald dragonfly and the sheepnose mussel.

The U.S. Geological Survey study, published in the journal Science of the Total Environment, found an average of 54 pesticides in each stream in both agricultural and urban areas, spotlighting the ever-broadening contamination of waterways caused by the nation’s escalating use of pesticides.

“This study exposes the hidden harm of our increasing addiction to pesticides,” said Nathan Donley, a senior scientist at the Center for Biological Diversity. “When we see pesticides doing this kind of widespread harm to aquatic animals, we can be sure it has dangerous cascading effects on the entire web of life, including humans.”

The analysis of 228 pesticide compounds in 100 streams over a 14-week period in 2013 documented the most complex pesticide mixtures yet reported in U.S. water samples. The waterways included in the study are in Michigan, Ohio, Indiana, Illinois, Wisconsin, Missouri, Iowa, Minnesota, Kansas, Nebraska and South Dakota.

Surprising among the findings was that the concentrations and incidences of some pesticides, including glyphosate—the active ingredient in Roundup—imidacloprid and 2,4-D, were higher in urban waterways than in agricultural settings. 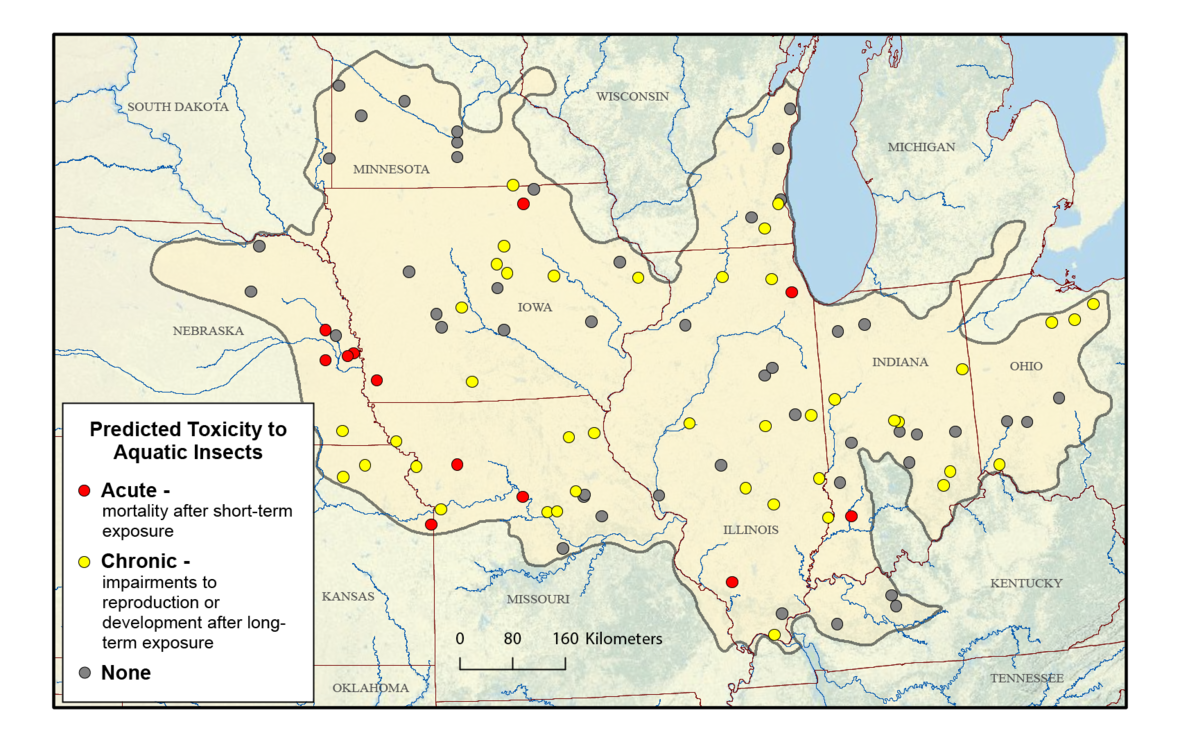 At least one pesticide in more than half of the 100 streams sampled in the Midwest exceeded a toxicity threshold predicted to cause harm to aquatic insects and other stream organisms, ranging from acute effects in 12 streams to chronic effects in 41 streams.USGS

“The finding that many of these pesticides are more prevalent in urban waterways than in rural streams shows the escalating risks of dumping millions of pounds of chemicals on the landscape every year,” said Donley. “We simply can’t keep pretending it’s safe to spray more and more poisons on our fields, gardens and waterways.”

The analysis comes as a federal court in California is considering a lawsuit filed by conservation groups, including the Center for Biological Diversity, urging common-sense measures to prevent dangerous pesticides from harming endangered species like California condors, black-footed ferrets, arroyo toads, Indiana bats and Alabama sturgeon. Evaluations from the U.S. Environmental Protection Agency clearly show that imperiled wildlife continue to be threatened by pesticides.

The study is the first of five regional assessments by U.S. Geological Survey scientists of pesticide pollution of streams. The others regions are the Southeast, the Pacific Northwest, the Northeast and California.