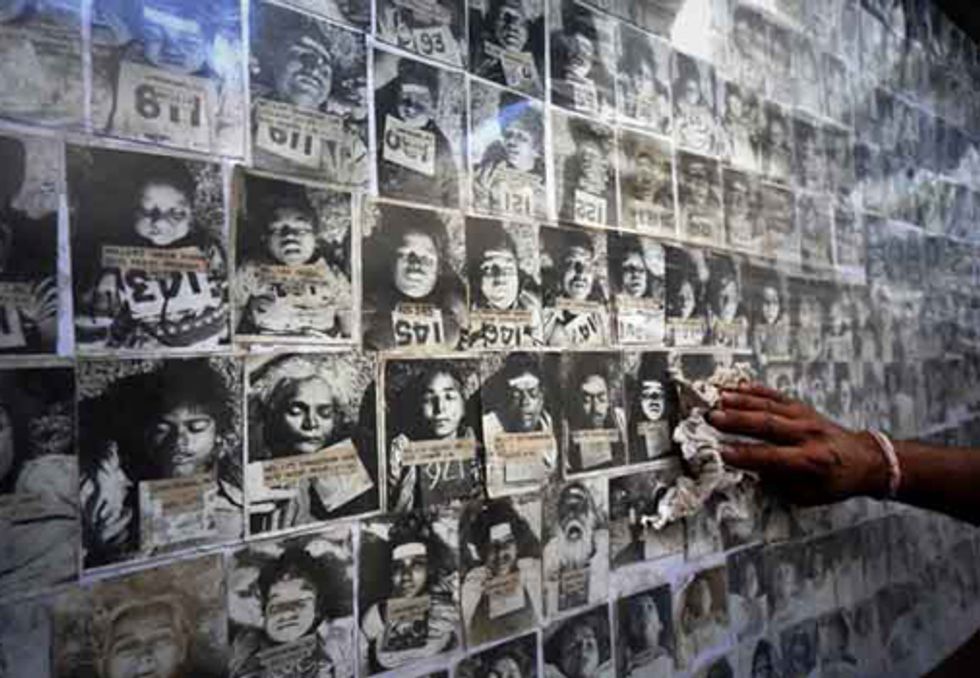 After an intensive public trial covering a range of human rights violations, jurors issued a scathing verdict to the six largest pesticide and biotechnology corporations, urging governments, especially the U.S., Switzerland and Germany, to take action to prevent further harms.

“The trial shed light on widespread and systematic human rights violations by the world’s six largest pesticide corporations,” said Kathryn Gilje, co-director of Pesticide Action Network North America, and who reported live from the trial. “The existing justice system has failed to provide adequate protections for our health, our food and farmers’ livelihoods. Pesticide corporations will continue to go to great lengths to avoid responsibility for their human rights violations until we create a strong system of accountability.”

The verdict was handed down to the six largest pesticide corporations—Monsanto, Syngenta, Bayer, BASF, Dow and Dupont—collectively known as the “Big 6," for their human rights violations, including internationally recognized rights to life, livelihood and health. The agrichemical industry is valued at more than $42 billion and operates with impunity while more than 355,000 people die from pesticide poisoning each year, and hundreds of thousands more are made ill. In addition, pesticide corporations have put livelihoods and jobs in jeopardy, including, farmers, beekeepers and lobstermen.

Over the past few days, witnesses from across globe, including the U.S., shared their stories of the harms of pesticides and biotechnology. Among them was Viola Wighiyi, an indigenous Yupik mother from St. Lawrence Island in Alaska. "The corporations are contaminating us without our consent and affecting our lands, our subsistence foods, the health and well-being of our people, our children and future generations," she said.

More than fifteen witnesses testified at the trial sharing the impacts of pesticides on their lives, livelihood and health. Witnesses included:

The verdict lays out the six pesticide corporations as responsible for gross, widespread and systematic violations of the right to health and life, economic, social and cultural rights, as well as of civil and political rights, and women and childrens’ rights, and the systematic violation of indigenous peoples’ human rights.The jury also found that the corporations have caused avoidable catastrophic risks, increasing the prospects of extinction of biodiversity, including species whose continued existence is necessary for reproduction of human life.

The verdict also names three particular nations as culpable alongside the corporations. Their preliminary findings state, “The United States, Switzerland and Germany [home states for the pesticide corporations] have failed to comply with their internationally accepted responsibility to promote and protect human rights…The three states, where six corporations are registered and headquartered, have failed to adequately regulate, monitor and discipline these entities by national laws and policy.”

The trial began on the anniversary of the Bhopal disaster, in which more than 20,000 people have died after an explosion at a Dow Chemical facility. And it concluded before International Human Rights Day. The trial was hosted by the Pesticide Action Network International, a network of more than 600 participating nongovernmental organizations, institutions and individuals in more than 90 countries working to replace the use of hazardous pesticides with ecologically sound and socially just alternatives.

The Permanent People’s Tribunal (PPT) was founded in Italy in 1979 as a people’s court to raise awareness of massive human rights violations in the absence of another international justice system. The PPT draws its authority from the people while remaining rooted in the rigors of a conventional court format. Citing relevant international human rights laws, precedents and documents such as the United Nations Declaration of Human Rights in its findings, the PPT examines and passes judgment on complaints of human rights violations brought by victims and their representative groups.

A summary of the trial, including summaries of cases against the Big 6, can be found by clicking here. Photos from the trial are available here.