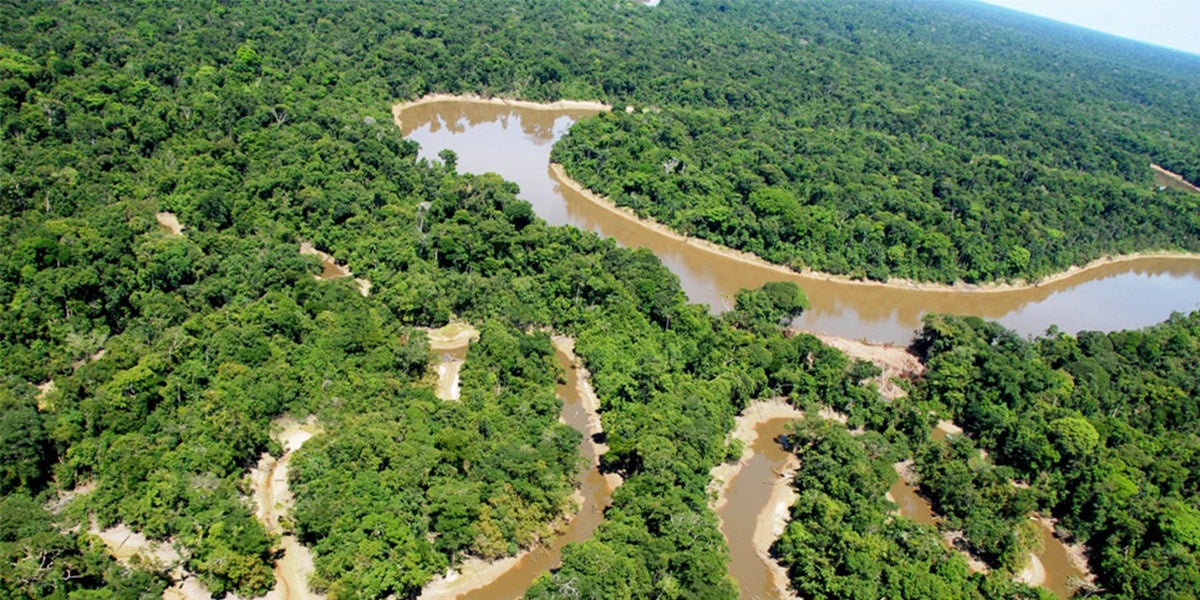 The Peruvian government announced it will establish a new and enormous national park in the Amazon.

Yaguas National Park, located in the northern region of Loreto, consists of 2,147,166 acres of rainforest, a vast river system and is home to more than 3,000 species of plants, 500 species of birds and 160 species of mammals, including giant otters, woolly monkeys, Amazonian river dolphins and manatees. The park also features 550 fish species—one of the richest fish faunas in the world.

The designation, approved after a Ministry Council meeting last week, is intended to conserve the region’s precious biodiversity and protect the sacred lands of the indigenous communities that live around Yaguas.

The new park will “not only maintain a natural sanctuary, which is home to unique species in the world, but also generate opportunities for indigenous families,” Prime Minister Mercedes Aráoz said.

According to a report from the website Latam, the Peruvian government can expect to gain about 23 million soles ($7,148,630) over a period of 20 years thanks to the creation of the national park and the benefits that the conservation of its biodiversity will bring to the communities located around the park. The preservation of species for subsistence hunting alone would save the communities more than $5.2 million, the report said.

The area has faced increased pressures from illegal logging and mining interests over the past two decades. Many indigenous communities of Yaguas have voiced concern by these threats and have thus cheered the creation of the national park.

“The mountain of our ancestors has to be a national park because it is a sacred place,” explained Eriberto Jiménez Hilorio, president of the Indigenous Federation of the Border Communities of Putumayo. 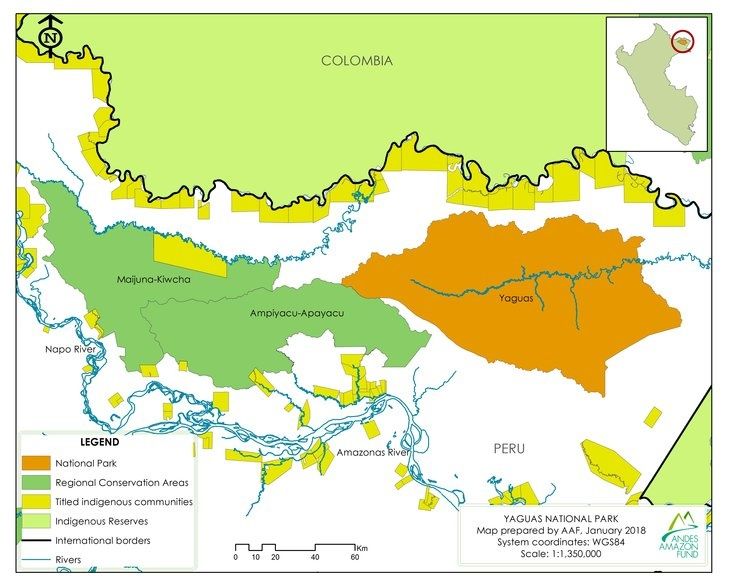 The Andes Amazon Fund will donate $1 million dollars towards establishing the park and providing social development opportunities for the indigenous communities.

“As a Peruvian conservationist, I am proud that with the creation of Yaguas National Park, Peru continues on the path of creating one of the most amazing park systems in the world,” Andes Amazon Fund program director Enrique Ortiz said. “This park is as large as Yellowstone National Park and probably 10 times as diverse.”

ANNOUNCEMENT- Andes Amazon Fund announces the donation of one million dollars to assist with the implementation of Yaguas National Park and to support social development opportunities for nearby indigenous communities. https://t.co/spWIWDqTIz #ParqueNacionalYaguas pic.twitter.com/tHQuYruplU