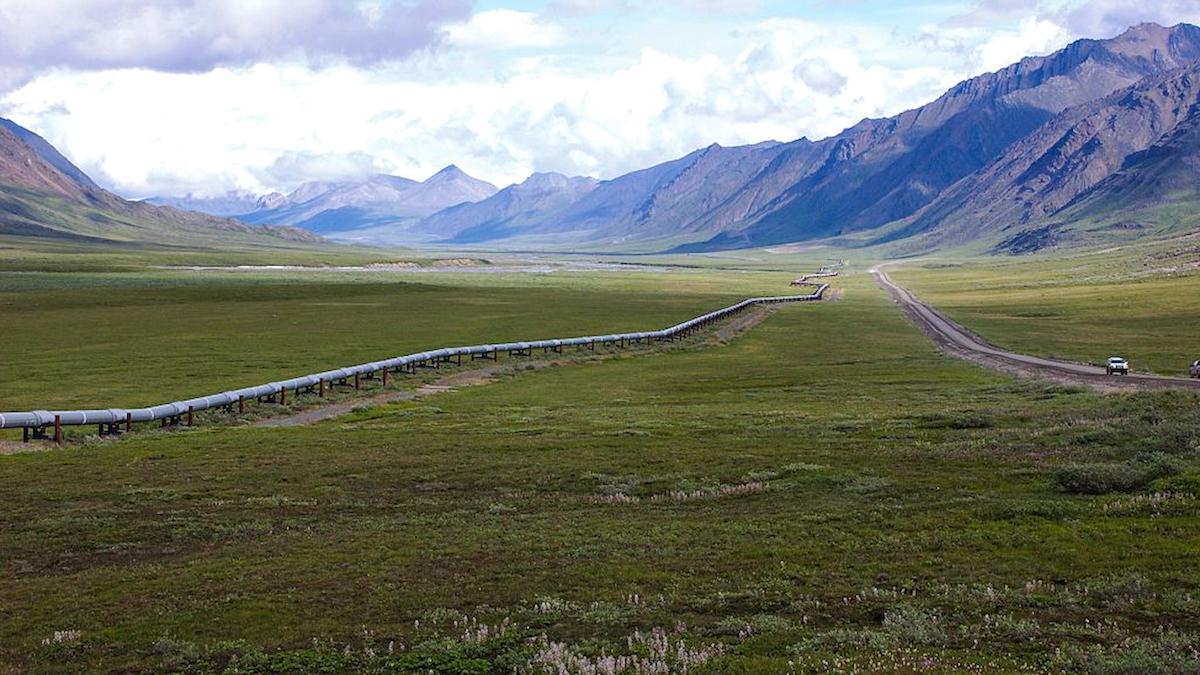 Alaska’s thawing permafrost is undermining the supports that hold up an elevated section of the Trans-Alaska Pipeline, putting in danger the structural integrity of one of the world’s largest oil pipelines.

In a worst-case scenario, a rupture of the pipeline would result in an oil spill in a delicate and remote landscape where it would be extremely difficult to clean up.

“This is a wake-up call,” said Carl Weimer, of Pipeline Safety Trust, a nonprofit pipeline watchdog group based in Bellingham, Washington. “The implications of this speak to the pipeline’s integrity and the effect climate change is having on pipeline safety in general.”

According to NBC News, the pipeline supports have been damaged by “slope creep” caused by thawing permafrost, records, and interviews with officials involved with managing the pipeline show.

To combat the problem, the Alaska Department of Natural Resources has approved the use of about 100 thermosyphons — tubes that suck heat out of the permafrost – to keep the frozen slope in place and prevent further damage to the pipeline’s support structure.

“The proposed project is integral to the protection of the pipeline,” according to the department’s November 2020 analysis.

There is some concern in using these cooling tubes – They have never been used as a defensive safeguard once a slope has begun to slide, and the permafrost is already thawing.

The Arctic and Alaska are heating twice as fast as the rest of the globe because of global warming. And global warming is driving the thawing of permafrost that the oil industry must keep frozen to maintain the infrastructure that allows it to extract more of the fossil fuels that cause the warming.

Permafrost is ground that has remained completely frozen for at least two years straight and is found beneath nearly 85 percent of Alaska. In the last few decades, permafrost temperatures there have warmed as much as 3.5 degrees Fahrenheit.

The state’s average temperature is projected to increase 2 to 4 degrees more by the middle of the century, and a study published in the journal Nature Climate Change projects that with every 2-degree increase in temperature, 1.5 million square miles of permafrost could be lost to thawing.

So, just read where thawing permafrost is twisting and weakening the supports holding up some elevated sections of the Trans-Alaska Pipeline. Sh*t happens when you keep relying on fossil fuels.

Common Dreams reported in 2019 that the melting of Alaska’s permafrost is rapidly accelerating:

“The northernmost point on the planet is heating up more quickly than any other region in the world. The reason for this warming is ice–albedo feedback: as ice melts it opens up land and sea to the sun, which then absorb more heat that would have been bounced off by the ice, leading to more warming. It’s a vicious circle of warmth that’s changing the environment at the north pole.
“In Alaska, the crisis led this year to the warmest spring on record for the state; one city, Akiak, may turn into an island due to swelling riverbanks and erosion exacerbated by thawing permafrost and ice melt. Massachusetts-based Woods Hole Research Center scientist Susan Natali told The Guardian that what’s happening in Akiak is just an indicator of the danger posed to Alaska by the climate crisis.
“The changes are really accelerating in Alaska,” said Natali.”

The Trans-Alaska system was completed in 1977. The 48-inch diameter steel pipeline runs for 800 miles, carrying “hot oil” from America’s largest oil reserve in Prudhoe Bay to the port of Valdez. The pipeline is either buried underground or lifted above the surface in an attempt to prevent the permafrost from melting.