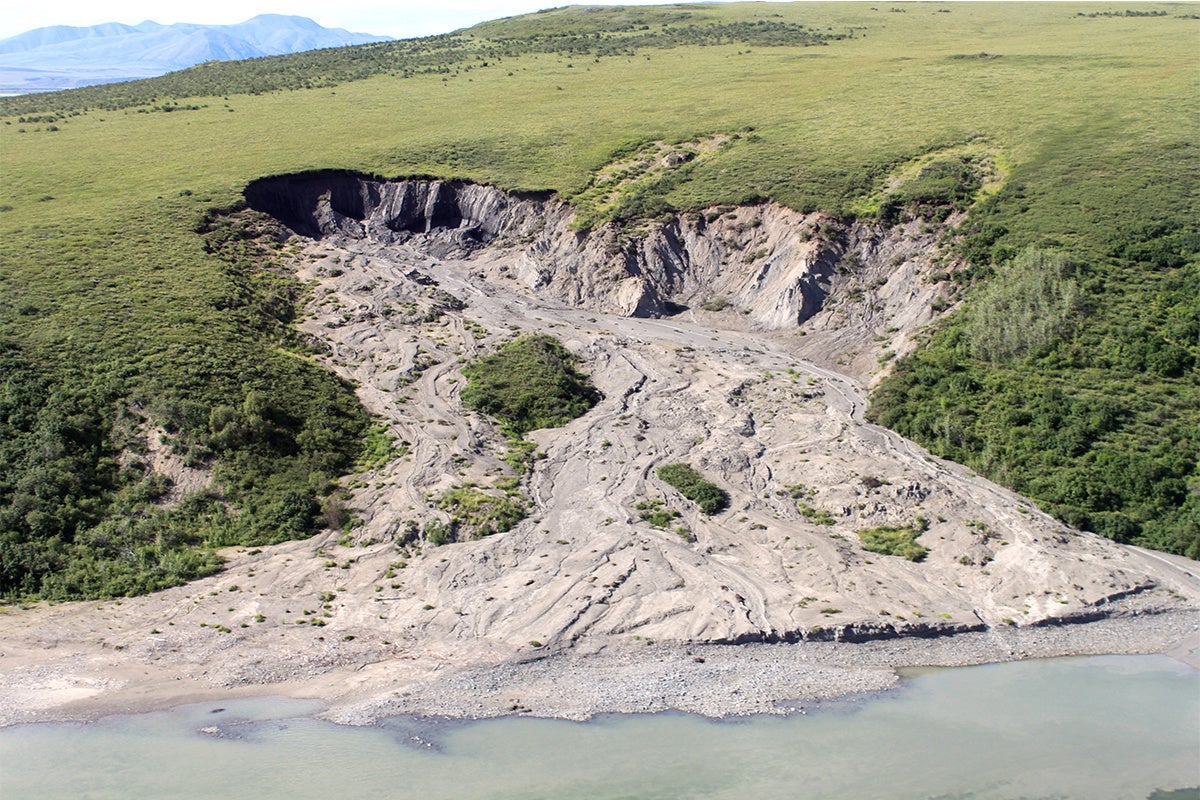 A study published in Nature Climate Change Monday shows that thawing permafrost in the Arctic might produce more methane than previously thought. Methane has 28 times the Global Warming Potential (GWP) of carbon dioxide, so the findings indicate scientists might have to reassess how thawing permafrost will contribute to climate change.

“What we can definitely say is that the importance of methane was underestimated until now in the carbon studies,” the study’s lead author and Universität Hamburg researcher Christian Knobloch, told The Washington Post.

The reason this study found different results is likely due to its length. Permafrost releases carbon as it melts due to microbial decomposition; previous studies did not pick up on the production of methane in water-saturated soils because they only lasted days or weeks. The laboratory observations, however, found that methane-producing communities of microorganisms did not activate in the permafrost samples until weeks to years had passed.

More methane release has been observed in field studies of the Arctic. Last summer, for example, EcoWatch reported that scientists found 7,000 methane-filled mounds in thawing permafrost in Siberia that bounced when researchers pressed on them.

“What’s remarkable about this study is the length of time they spent tracking the communities, and I think that offers a potential reason for why field and lab studies have disagreed with each other,” University of Guelph ecologist Merritt Turetsky, who studies permafrost but was not involved in this particular study, told the Post.

However, the authors of Monday’s study point out that more work needs to be done to determine how their laboratory observations will play out in the Arctic. While they predict that there will be a significant amount of water-saturated permafrost thawing in the region, since permafrost tends to impede drainage, they still say further research is needed to determine how much of the thawing ground will actually be wetlands.

Róisín Commane, an Arctic-atmosphere researcher at Harvard University, who was also not part of the study, told the Post that many factors could prevent the methane observed in the laboratory from reaching the atmosphere in the real world. Permafrost might not retain water as the ice melts, and organisms in the soil could turn the methane into carbon dioxide before it reaches the air.

“Ecosystems will probably produce more methane as they stay wet. The big question we have is, how much of that makes it into the atmosphere, and I don’t think they get to that question here,” Commane told the Post.

However, whether or not melting permafrost releases more methane or carbon dioxide, the Post reported that as much as 10 percent of permafrost carbon could be released into the atmosphere this century, which would disrupt global climate change goals.