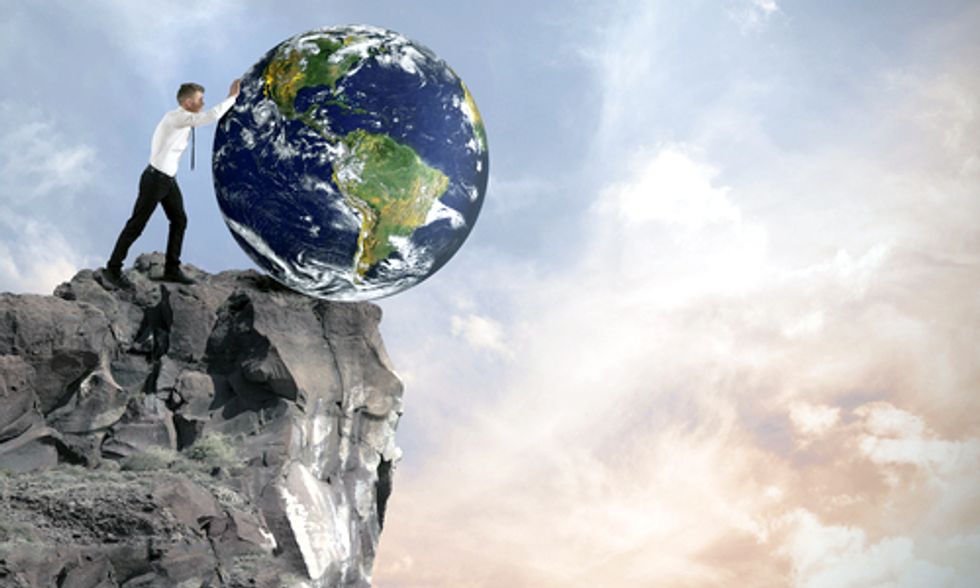 The Amazon rainforest is magnificent. Watching programs about it, we’re amazed by brilliant parrots and toucans, tapirs, anacondas and jaguars. But if you ever go there expecting to be overwhelmed by a dazzling blur of activity, you’ll be disappointed. The jungle has plenty of vegetation—hanging vines, enormous trees, bromeliads and more—and a cacophony of insects and frogs. But much of the activity goes on at night or high up in the canopy.

Let’s slow down, breathe, listen, look and feel. Only then will we understand our place in the world and what we must do to live well on this small blue dot spinning in an enormous universe. Photo credit: Shutterstock

Films of tropical forests don’t accurately reflect the reality of the ecosystems. They’re skillfully edited shots acquired over many months. Our media-nurtured impatience and urgent sense of time often prevent us from seeing how life truly unfolds.

The fossil record also indicates periods of rapid change, including mass extinctions when up to 95 percent of living things were wiped out. Each time, survivors changed, adapted to new conditions and flourished. Still, recovery took millions of years. Humans have been around for a mere 150,000 years. We’re an infant species, but our precocity has allowed us to expand exponentially. Now our technological power and consumptive demand are undermining the planet’s life-support systems on a geologic scale.

We’ve become impatient. We’re so demanding that we’re unwilling to slow down and ensure our major projects are sustainable for human society and the biosphere. Over the past century, we’ve burned increasing amounts of finite fossil fuels that were stored and compressed over millions of years, exacerbating conditions that lead to climate chaos. We’ve clear-cut vast tracts of forest that have evolved over millennia, flooded huge areas under large dams, depleted our oceans with over-efficient fishing technology and spread vast quantities of toxic waste throughout the planet’s air, water and soil.

Governments rationalize these actions by claiming to do proper environmental assessments, but continue to impose restrictive time limits on assessment processes while reducing the number of scientists and other staff who do the work. It takes time to acquire scientific information, and it can’t always be done on a strict timetable.

If we truly desire a sustainable society, we require vibrant and abundant nature. To recognize that nature isn’t separate from us and fully understand how it provides critical services, we need patience to learn its secrets. We can’t survive, let alone be healthy and flourish, without clean air, clean water, clean soil and food, photosynthesis and biodiversity. But we’re overwhelming nature—and ourselves—with the incessant demands of our ramped-up consumer culture.

Fortunately, people are starting to remember that we’re part of nature and that what we do to the natural world we do to ourselves. They’re taking notice of the drastic impacts we’re having on Earth, our only home, and demanding that we show more care.

In New York on Sept. 21, more than 300,000 people turned out for what was billed as the largest climate march ever, one of 2,646 marches in 162 countries. Leaders of some of the world’s largest corporations are calling for climate action and carbon pricing, and distancing themselves from organizations that have worked to stall progress. Even the heirs of the Rockefeller Standard Oil fortune announced they’ll withdraw their investments in fossil fuels, including the Alberta oil sands.

With the Blue Dot Tour, the David Suzuki Foundation and I are hoping to encourage all Canadians to become part of this growing movement to protect the air, water, soil and biodiversity that we and our children and grandchildren need to survive and be healthy. Like nature, social movements sometimes take time to evolve and unfold. We don’t always see their impacts as they happen. If we expect a dazzling blur of activity and immediate results, we’ll be disappointed.

Let’s slow down, breathe, listen, look and feel. Only then will we understand our place in the world and what we must do to live well on this small blue dot spinning in an enormous universe.