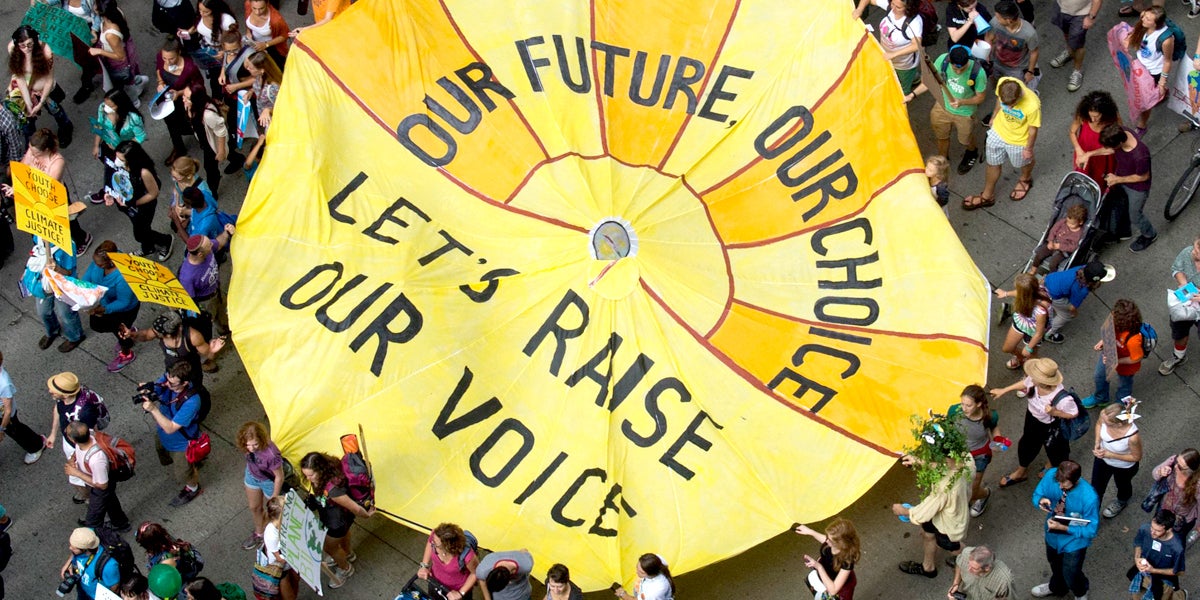 Not willing to sit idle as Donald Trump and his cabinet take office and roll out an avowedly pro-fossil fuel, anti-regulation agenda, campaigners are preparing for a multi-faceted affront to the new administration.

Tuesday marked the beginning of the 115th Congress and thus also marked “Day 1 of the official pushback against Trump’s climate agenda,” according to 350.org‘s Duncan Meisel.

“Their first job is to review Donald Trump’s nominees for cabinet,” Meisel wrote in an email Tuesday” and ours is to make sure they reject the slate of climate deniers he has picked for every major climate and energy related position in his administration.”

Pointing specifically to Trump’s selection of ExxonMobil’s CEO Rex Tillerson for secretary of state, Oklahoma Attorney General Scott Pruitt for the U.S. Environmental Protection Agency head, former Texas Gov. Rick Perry for Department of Energy and Rep. Ryan Zinke for Department of Interior, campaigners are asking constituents to flood their elected officials with calls and in-person visits to make clear they do not support a climate-denier cabinet.

As part of the near-term “resistance mode,” as 350.org co-founder Jamie Henn put, campaigners are also organizing a Day Against Denial on Jan. 9 that will include rallies, phone-ins and direct conversations with legislative staff “to pass along the message that we, as constituents and voters, do not accept Trump’s dangerous nominations,” according to the website.

Beyond the confirmations, 350.org and other environmental groups are preparing for a far greater show of resistance.

In an email to supporters on Monday, Henn announced the People’s Climate Mobilization, on April 29 in Washington, DC.

“We believe that in this moment of division, turmoil and fear, it’s important to put forward an alternative vision that inspires and connects,” Henn wrote. “If we don’t put forward our own vision—of an economy built on justice and powered by clean, renewable energy—then we let fossil-fuel-soaked nationalism, xenophobia and hatred win. We need to show that more people still believe in our shared vision for the future than in Donald Trump’s.”

“That march made a huge impact, helping drive forward the Paris climate agreement and push President Obama to make climate action (including rejecting the Keystone XL pipeline) a priority during his last two years in office,” Henn continued.

“To change everything, we need everyone,” was the motto of the original march. “This spring,” Henn wrote, “we’re renewing that vision—to show that our movement is just as ready to fight Trump’s racism and hatred as we are the fossil fuel industry that’s poisoning our future.”

As bleak as the planet’s future may seem under a Trump administration, there is space to fight back.

In an interview with Fusion published Tuesday, Henn observed that while the incoming administration will have the ability to approve new drilling leases and fossil fuel infrastructure projects, like pipelines, many of those decisions will “still depend on local permits and cooperation,” as Fusion put it, placing a great deal of power into the hands of local officials and on voters who hope to sway them.

“I think people realize that this sort of organizing can make a real impact,” Henn told the outlet. “Trump is going to help make protesting great again.”