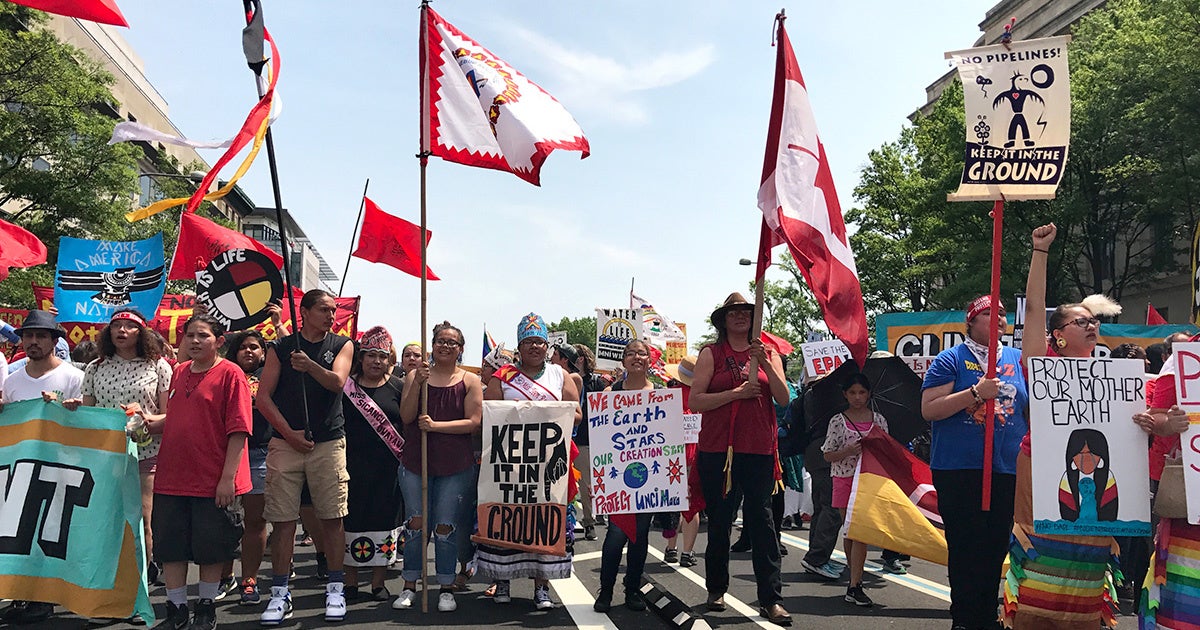 Call it the “People’s Climate March, Part III.” On Saturday, Sept. 8, thousands of people are expected to converge on the streets of San Francisco to demand that government leaders commit to ending all new fossil fuel projects and accelerating the move toward renewable energy. The march is part of a global campaign calling for environmental justice and a “just transition” to renewable energy that protects workers and frontline communities. Satellite events will happen across the U.S. and around the world, including Indonesia, Turkey, Nigeria and the United Kingdom, among other places.

“We’re making sure that politicians see what diverse climate leadership must look like, to successfully serve the entire population of people who are actually affected by climate change,” Antonio Díaz, organizational director for People Organizing to Demand Environmental and Economic Justice (PODER), said at an Aug. 8 press conference announcing the upcoming march. Representatives from labor unions, environmental justice groups, faith alliances, and immigrant rights organizations gathered in front of San Francisco’s Ferry Building to deliver an unequivocal message: Climate justice cannot wait for a new administration in Washington, DC. Climate-related disasters are becoming the new normal, they said, and political solutions for adapting to them must include the protecting the communities most affected by disasters.

In comparison to previous Peoples Climate Marches in 2014 and 2017, a heightened sense of urgency surrounds the upcoming mobilization. The first People’s Climate March took place in New York City in September 2014, on the eve of the United Nations General Assembly meetings, and marked something of a coming out party for the global climate justice movement: There were demonstrations in 162 countries, and the presence of some 400,000 people on the streets of Manhattan blew away organizers’ expectations. The following year was full of heady expectations. Pope Francis published his landmark encyclical on the moral obligation of protecting communities from climate change, “Laudato Si” (Latin for “Praised Be,” from a prayer by the pope’s namesake, the patron saint of ecology). In December 2015, leaders from around the world signed the Paris climate agreement, a historic pledge to coordinate efforts to reduce greenhouse gas emissions. “It was an exciting time for all of us,” said Nana Firman, director of Muslim Outreach at GreenFaith, which has participated in all three marches, “to see leaders and communities around the world put their voices together [to say] that this is not just a political issue, but a moral and ethical issue.”

By 2017, the political landscape had shifted—and not for the best. Newly inaugurated President Trump had signed an executive order rescinding the moratorium on coal mining on federal lands, and then-Environmental Protection Agency administrator Scott Pruitt was busy systematically trying to dismantle environmental protections at an alarming rate. On Trump’s 100th day in office, tens of thousands of demonstrators united in Washington, DC for the second Peoples Climate March, to send a message to the White House and congressional leaders that any attempts to retreat from action on climate would meet stiff resistance.

Next month’s march will take place under even more difficult circumstances. Even as global climate change is becoming impossible to ignore, Trump administration officials continue to deny basic climate science while enacting policies that are blatantly influenced by fossil fuel interests. The situation is grim for environmental protection: the White House has announced its intention to abandon the Paris climate agreement, the acting EPA administrator is a former coal industry lobbyist, and the Interior Secretary has opened millions of of acres of public land for oil and gas extraction.

The upcoming march is a direct response to California Gov. Jerry Brown’s highly anticipated Global Climate Action Summit, which begins in San Francisco on Sept. 12 and will draw government officials, civil society representatives, and business executives from around the world. (Former New York City Mayor Michael Bloomberg, a major donor to the Sierra Club, is one of the co-chairs of the summit.) The march is part hello-welcome and part political challenge as protest organizers call on Gove Brown to prohibit any new oil and gas extraction and fossil fuel infrastructure in California. Organizers are asking the outgoing governor to “set a global precedent” by phasing out oil and gas production and moving toward “a fair and equitable transition that protects workers [and] communities.” Many of the environmental justice groups organizing the march have long been opposed to other Brown environmental policies such as California’s greenhouse gas cap-and-trade program, which they say allows industry handouts on emissions permits while harming communities of color.

“Governor Brown’s summit is a continuation of the market-based schemes that actually result in increased local pollution and emissions,” said Gladys Limon, executive director of California Environmental Justice Alliance (CEJA). “While they purport to address the collective problems of climate change and reduce emissions in the aggregate, they continue the unconscionable practice of using [frontline communities] as sacrifices.”

A key demand of the September march is for governments to create climate resilience strategies that protect frontline communities located in areas that can be disproportionately affected by climate change and yet are often without resources to rebuild after unprecedented natural disasters. Annie Dobbs-Kramer, organizer for voter engagement at North Bay Organizing Project, was shocked by the connection between limited disaster relief and communities of color, low income, and immigrant families during the Northern California wildfires of 2017. “It was really apparent how climate change-related disasters create climate refugees,” Dobbs-Kramer said. “The same people who get systematically exploited on a daily basis [become] even more so during climate disasters. It was appalling to see that.” Families with English as a second language had little way of knowing where to obtain basic necessities, or how to find evacuee centers; low income residents were dependent on dwindling financial services, often from nonprofit organizations instead of municipal disaster funds. “[Climate change] is crystallizing the separation between the haves and have-nots,” Dobbs-Kramer said.

March organizers argue that climate policies that make concessions to fossil fuel industries in the interest of long-term gains are ultimately ineffective, if the communities who are most exposed to climate change suffer in the short-term. “We will be … in solidarity with communities across the state and around the world,” said Limon of CEJA, “to challenge and expose the flawed solutions that elected officials and industry have developed. Instead we will raise our voices for community-led solutions.”

The organizers of the march have a blunt message for elected officials: “See you in the streets.”