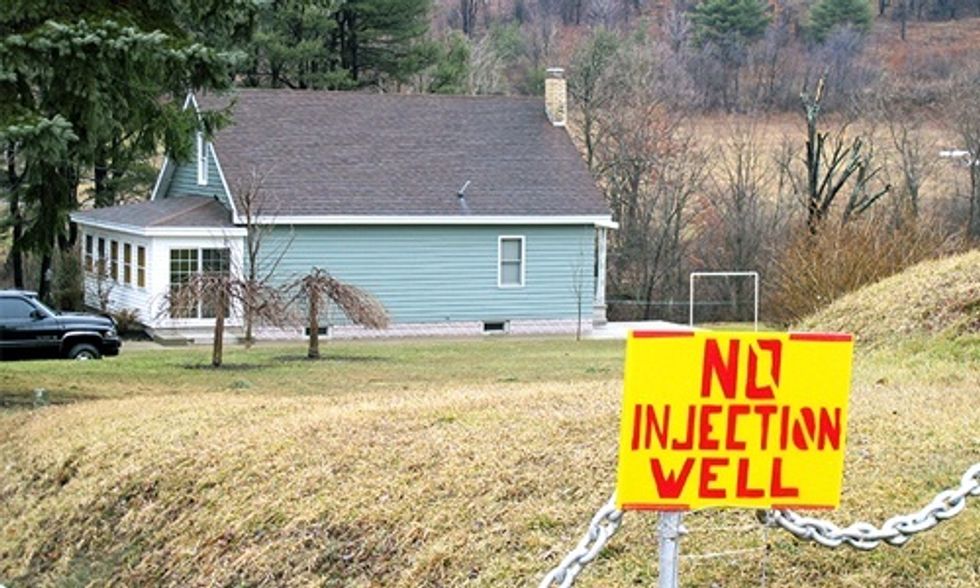 Last night, the people of Grant Township adopted the country’s first municipal charter establishing a local bill of rights. The Grant Bill of Rights codifies environmental and democratic rights, and bans fracking wastewater injection wells as a violation of those rights.

Grant joins growing numbers of communities across Pennsylvania and the U.S. that are coming together in a community rights movement to stand up to a system of law that forces fracking waste wells and other practices into communities, and protects corporations over people, communities and nature.

The passage of the Grant charter comes fourteen months after the township was sued by Pennsylvania General Energy Company (PGE) and the Pennsylvania Independent Oil and Gas Association (PIOGA). PGE proposed a fracking wastewater injection well for the community against the wishes of township residents. Injection wells have polluted drinking water and triggered earthquakes in several states.

In June 2014, the elected officials of Grant Township adopted a Community Bill of Rights Ordinance, which prohibited the injection well as a violation of the community’s rights to clean air and water and local self-government.

In its lawsuit, PGE claimed that it had a right to inject wastewater into the township. PIOGA has also declared that there is “no constitutional right to local self-government” or to be free from the harms associated with oil and gas production. Although a recent ruling in mid-October invalidated a portion of the ordinance, the people of Grant Township have now reinstated the ban that the judge overturned. Transformation of the community into a home rule township now invalidates most of that court ruling.

Stacy Wanchisn Long, local resident and member of the commission that drafted the charter, stated, "Today's vote reaffirms what our residents have been saying for the past year: we are standing up to protect our rights, and we reject the proposed injection well. All of this is possible because of the support and involvement from so many Grant Township residents over the past year who have been unwavering in their commitment to ensure the people of Grant have more of a say over what happens in our community."

Chad Nicholson of the Community Environmental Legal Defense Fund (CELDF), served as a consultant to the commission that drafted the charter. CELDF has assisted close to 200 communities across the U.S. in advancing community rights. "Tonight, the people of Grant Township spoke loud and clear: They have rights, and they will protect those rights. We at CELDF congratulate the people of the Township on becoming the first municipality in the nation to draft and adopt a local, rights-based constitution,” Nicholson said.

Nicholson added, “This isn't David vs. Goliath. This isn't just one community standing up to say ‘no.’ Grant Township is joining with communities across the country who are standing up collectively and saying to government and corporations, ‘We’re no longer willing to be fracked, poisoned and polluted.’ They are mobilizing against a system of law that empowers corporations over communities, and empowers government to preempt communities from protecting their air and water. Communities are saying this is not acceptable, it's not sustainable, it's not democratic and it’s going to change.”

The Grant Township charter recognizes rights to clean air and water, the right to be taxed fairly and the right to local community self-government. It protects those rights by banning fracking wastewater injection wells. While other communities have amended existing charters with rights-based provisions, Grant Township's charter is the first that is written entirely on the basis of asserting and protecting rights.