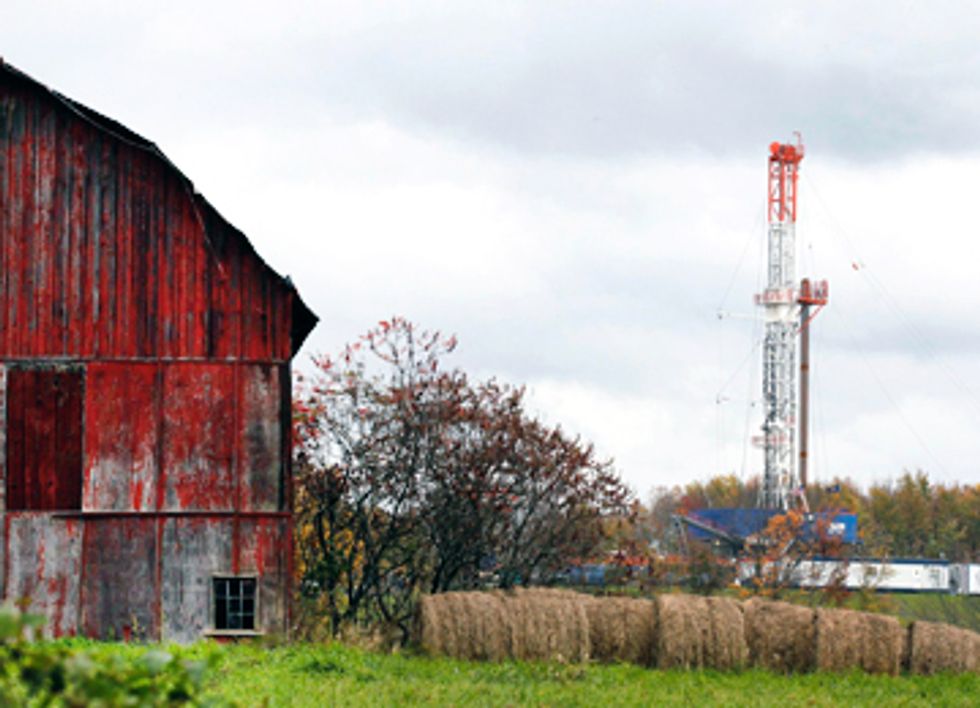 At a press event today, State Senator Jim Ferlo (D-Pittsburgh) announced the introduction of the Natural Gas Drilling Moratorium Act, Senate Bill 1100, that would place a moratorium on issuing new permits for fracking in Pennsylvania. He was joined by PennEnvironment, Food & Water Watch, other community and environmental advocacy groups, and concerned citizens.

“Since the advent of the shale gas industry in Pennsylvania, I have advocated for a more cautious approach to natural gas extraction from our precious natural resources," said Sen. Ferlo. "We have seen the damage wrought by careless oil and gas drilling companies on our land, water, air, property, families and livelihoods."

There are more than 14,000 permits already issued for unconventional wells in Pennsylvania in various stages of operation. SB 1100 would cease granting new permits for fracking while an appointed commission prepares a study analyzing the agricultural, environmental, economic and social impacts of drilling for natural gas, due in January 2017.

"I have introduced this bill because Pennsylvanians and gas field residents all over the country have been forced to stand by and watch these infractions, and we must take a step back to deliberately and thoughtfully direct our path into the future,” Ferlo said.

The seven-person Well Drilling Study Commission will conduct unbiased research on a number of issues related to fracking including: drinking water protection, air quality regulation and the disclosure of chemicals used in the natural gas extraction process. The commission will also review the legal, mineral and property rights of existing oil and gas operations in the state.

“I stand by my legislation as an achievable goal, and want to reiterate my call on the public to take part in the advocacy process to advance this bill," Ferlo said. "Citizens all over Pennsylvania must take action and get involved in this effort.”