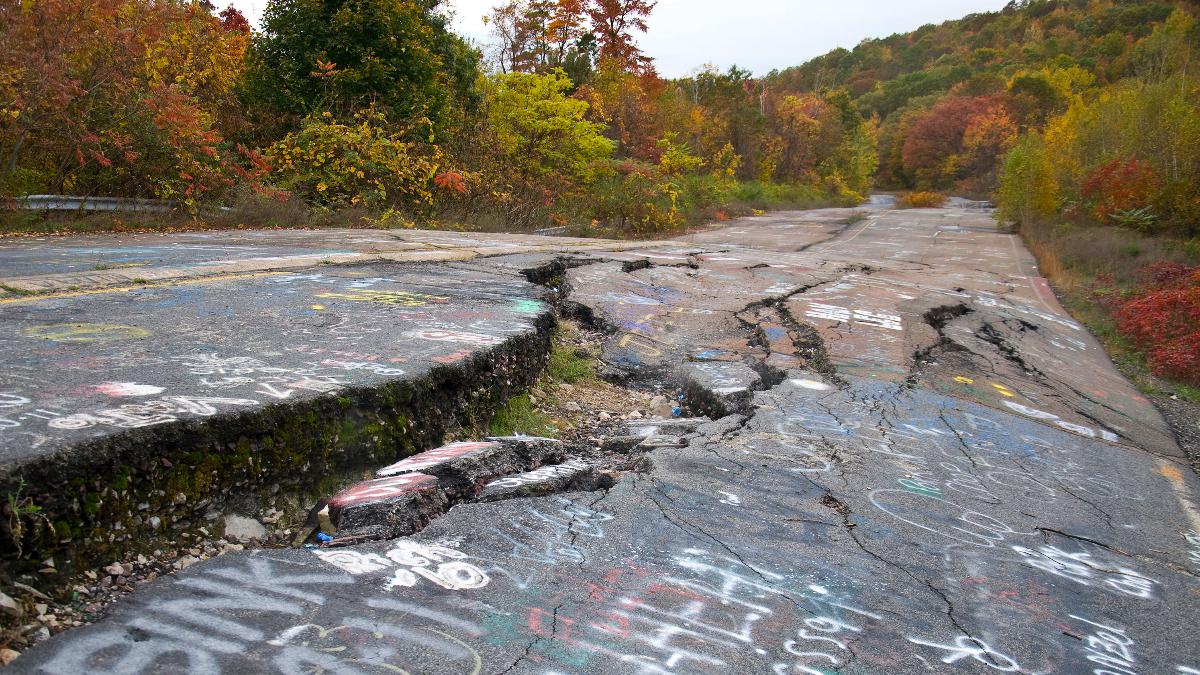 In the town of Centralia, Pennsylvania, a coal mine fire has burned underground for more than 50 years. It is now one of the least-populated municipalities in the state. weible1980 / iStock / Getty Images Plus

Art Zilleruelo’s poetry is often inspired by nature. Growing up, he wandered the hills of rural Pennsylvania.

But the region Zilleruelo is from is known more for coal than trees and stars. And in his recent book of poems, called “Toothsome,” he grapples with this legacy.

He says the economic benefits of coal mining came with a big cost for many miners like his grandfather and great-grandfather.

“Both ended up succumbing to complications from what gets called black lung disease… which is the accumulation of coal sediment in the lungs,” Zilleruelo says.

Strip mining has also scarred the earth. And in the town of Centralia, a coal mine fire has burned underground for more than 50 years.

In his poetry, such as this example from his new book, Zilleruelo wrestles with these losses and people’s role in harming the climate and land.

“Who now can doubt that the earth hides fires
That the land can speak through many mouths
That some dark mountain husbandry
Has converted this forest to a larder
And these fields to an oven.”