One Pennsylvania Town Shows How to Properly ‘Zone’ Fracking 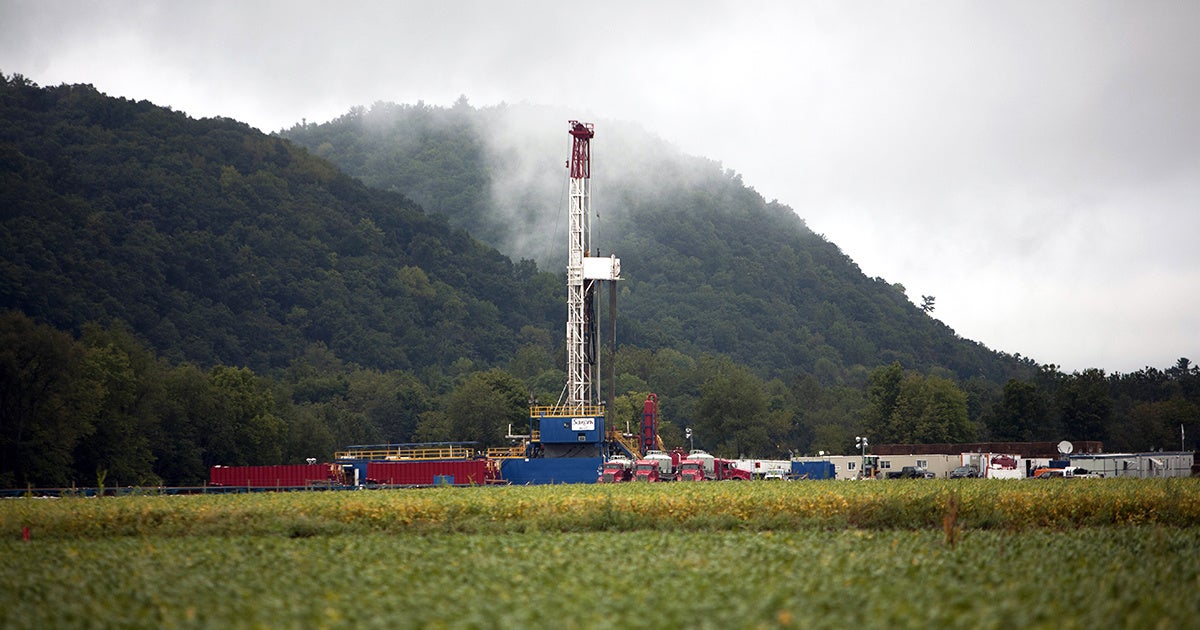 Pennsylvania is home to more than 10,000 fracking wells, which forces communities to live with air pollution, water contamination and an array of health problems linked to drilling.

The frackers want to drill more wells, and the state’s Democratic governor is not going to do anything to slow it down. But local communities are finding ways to fight back—and win.

The latest good news comes from Oakmont Borough, a small suburb of Pittsburgh along the Allegheny River. Residents there have waged a years-long battle against the fracking industry, which has been making a determined push into Allegheny County.

Fracking is a Desperate Industry Looking for New Profits

Here’s why these companies are so eager to drill more wells: The fracking industry has problems turning a profit. The only way out for these financially stretched corporations is to double down—and that means moving to areas of the state that aren’t as heavily fracked as some parts of western Pennsylvania.

Residents in Allegheny County have seen the havoc that fracking has created elsewhere, and they are determined to fight to keep it away from their schools and homes. Their tool of choice has been municipal zoning codes.

Every city or municipality creates a set of rules about what you can build, and where you can build it. Unfortunately, drilling companies often take advantage of the fact that many towns have not developed zoning ordinances that regulate fracking, or have outdated ordinances that do not address the issues facing their municipalities today. But if residents and local leaders get organized, they can put serious limits on the fracking industry before a well is approved.

That’s what Food & Water Watch’s Municipal Ordinance Project (MOP) is set up to do. We know that local officials in Allegheny County are the ones who should make the decisions about how to protect their own communities, and that safety and environmental concerns are front and center.

Oakmont Stands Up to Surveyors

Here’s how it worked in Oakmont. In June 2017, a fracking company called Huntley & Huntley notified the borough that they were about to start ‘seismic testing,’ a process that involves setting off explosive charges in deep holes to measure the seismic waves, which can help indicate where gas may be trapped.

Oakmont residents didn’t like the sound of that, and we worked together to pass an ordinance to regulate this intrusive process. Soon after, Huntley & Huntley reversed course, and announced that they weren’t going to conduct the surveys as planned.

But they weren’t going away—and resident groups like Citizens to Protect Oakmont were ready to go bigger. They started meeting that summer to craft an updated zoning ordinance that would offer some protection from drilling. By December, they offered a list of suggestions, including a 2,000-foot setback from residential property lines and the removal of fracking from the Light Industrial district of the borough.

The Borough Council, however, considered a weaker set of rules, which could have opened up residential areas to fracking. Local residents weren’t having it; they were a force to be reckoned with at Council meetings, and in the end their tireless advocacy paid off: In February, the Council voted in support of the new ordinance.

What This Victory Means—Here and Elsewhere

This win is a testament to what is possible when neighbors come together to fight to protect their community. The fracking industry is desperate to find new places to drilling. If we want to stop them, we have get organized before the fracking starts.”

Local leader Ed Grystar said it best: “The vote to approve Oakmont’s Oil and Gas zoning ordinance is an example of the power of ordinary citizens organizing to protect the health and safety of their town. From the beginning in May 2017, we worked to change the narrative of what’s acceptable by educating and mobilizing our neighbors.”Residents in other parts of Pennsylvania are ready to follow Oakmont’s lead.