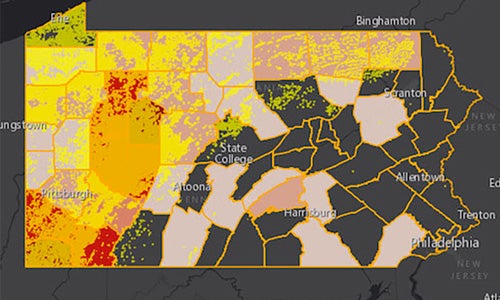 Thanks to a bill passed this June by the state legislature, Pennsylvania now has the dubious distinction of being the only state in the nation to abandon oil and gas regulations after they’ve been fully developed and publicly reviewed. While other states have modernized oil and gas oversight in the wake of the shale boom, no other state has exempted a major part of the oil and gas industry in the process. 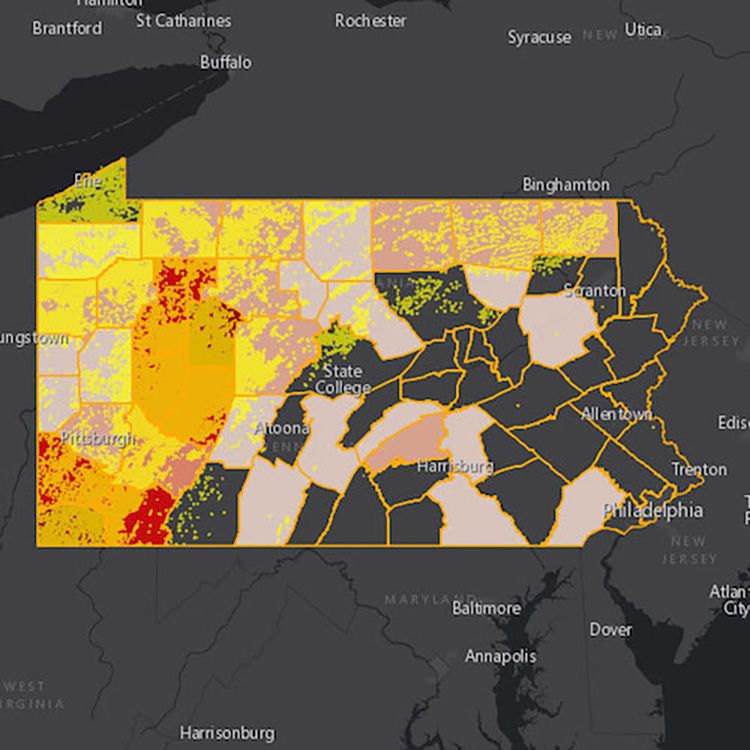 The Oil and Gas Threat Map shows where all areas across the country within 1/2 mile of an active oil and gas well, and counties with elevated cancer risk due to oil and gas air toxics.

But that’s exactly what SB 279 does. Called the Penn Grade Crude Development Advisory Council bill, it wipes out updated environmental protection requirements for conventional oil and gas operations (known as Chapter 78). In effect, 178 state representatives and senators just overturned what it took five years, 12 public hearings, 30,000 public comments and affirmative votes by public regulatory commissions and the legislature to accomplish.

Unfortunately, Gov. Wolf just signed SB 279 into law, sounding the death knell for Chapter 78 in the process. Equally unfortunate, official statements from his administration have completely ignored the negative impact SB 279 will have on Pennsylvanians—even as the Governor declares victory for new rules that will go into effect only for unconventional oil and gas operations.

Such political spin may be Harrisburg’s status quo, but in this case it’s a dangerous affront to Pennsylvanians whose air, water and health is damaged by oil and gas development..

On the same day as the SB 279 vote, the Clean Air Task Force (CATF), Earthworks and the FracTracker Alliance released OilandGasThreatMap.com. Using state well location data and U.S. Census Bureau data, it shows that nearly 25 percent of Pennsylvania’s population lives within a half-mile of oil and gas wells and facilities—a distance at which serious health impacts are most clearly linked, according to the majority of peer-reviewed science.

Threatened residents include large proportions of several Pennsylvania counties including Warren (86 percent); McKean (72 percent); Venango (58 percent); and Forest (30 percent). Data from the Department of Environmental Protection (DEP) show that in 2014, those four counties comprised more than 90 percent of all the conventional oil and gas wells drilled statewide.

According to the accompanying report, Fossil Fumes (by CATF with support from the Alliance of Nurses for a Healthy Environment and Earthworks), eight Pennsylvania counties have an elevated cancer risk directly attributable to toxic emissions from oil and gas operations (Armstrong, Clarion, Fayette, Forest, Greene, Indiana, Jefferson and Washington). DEP data indicate that 60-99 percent of all active oil and gas wells in these counties are conventional ones.

Throughout the long debate over Chapter 78, the oil and gas industry and its legislative champions propagated the fantasy that conventional operations have limited, if any, environmental and health impacts. Yet just like their shale-drilling cousins, modern-day conventional activities rely on hydraulic fracturing and chemicals, generate toxic waste, and cause hazardous spills and air pollution.

In fact, between 2008-2014, conventional operators were responsible for 60 percent of the cases in which oil and gas activities contaminated the private water supplies of Pennsylvanians. In 2014, conventional drillers were responsible for three-quarters of regulatory violations issued by DEP. Conventional operations are clearly a big problem with which a vastly understaffed DEP will have to continue to contend, though now without the benefit of stronger regulations.

Another part of SB 279 requires the use of public funds to run an advisory council made up primarily of oil and gas industry representatives.

So not only does the bill eliminate environmental protections from oil and gas operations, it holds any future attempts to improve them hostage to oil and gas industry interests. This runs directly counter to the public interest and epitomizes the misplaced legislative priorities that SB 279 represents.

One can only hope that going forward, elected officials will find the courage to stand up to this undue industry pressure and finally give Pennsylvanians the respect and environmental protections they deserve.