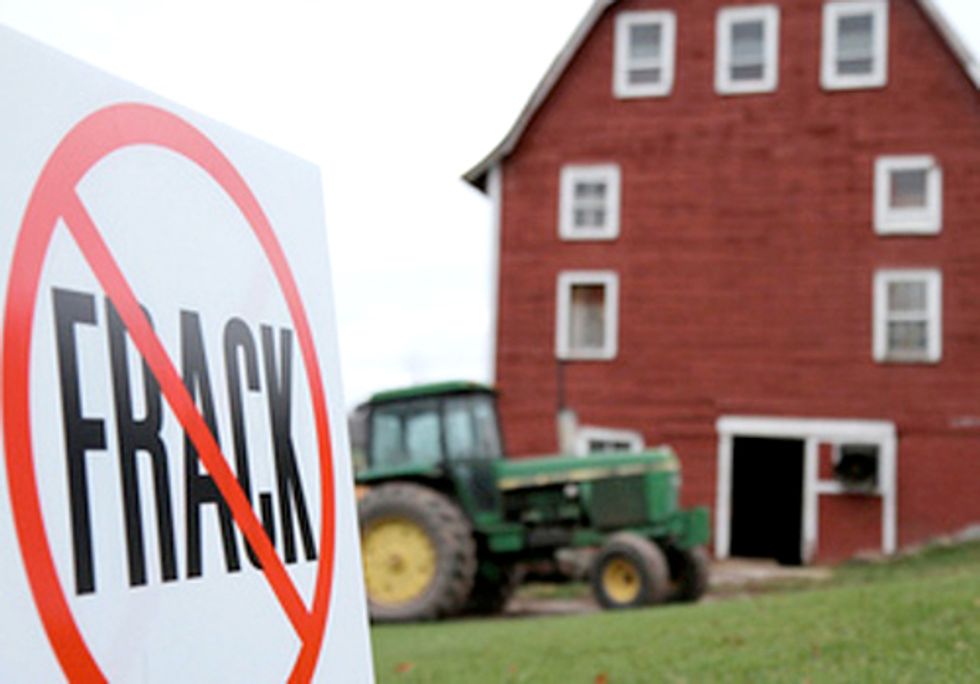 Act 13 amends the Pennsylvania Oil and Gas Act, preempting municipal zoning of oil and gas development. It also establishes an impact fee on natural gas. The plaintiffs are challenging the new law on the grounds it violates the Pennsylvania and United States Constitutions and endangers public health, natural resources, communities and the environment. “The Petition for Review in the Nature of a Complaint for Declaratory Judgment and Injunctive Relief” was filed today in Commonwealth Court in Harrisburg. The docket number is 284-MD-2012. Read and download the Petition (it is in two parts, due to large size file) by clicking here and here.

The lawsuit details how the constitutional rights of all citizens of the Commonwealth are egregiously infringed upon by Act 13. The legal filing explains how the law strips away constitutional rights and violates equal protection principles; illegally benefits the oil and gas industry who are basically put in charge of future land use in the state; extinguishes all existing zoning and planning by permitting oil and gas operations anywhere in a municipality (including residential neighborhoods, by schools, hospitals, and day care centers, and sensitive natural and public resources); deprives municipal officials of carrying out their legally-binding duty to protect air, water and natural environmental values as agents and trustees of the Commonwealth; prevents municipal officials from serving and protecting their jurisdictions through encouraging beneficial and compatible uses and planning through the Municipalities Planning Code, making predictable and comprehensive planning an exception rather than the rule; perverts the Commonwealth’s Police Powers by forcing oil and gas activities into municipalities through a state-mandated ordinance that does not serve the public health, safety, morality and general welfare interests of the community; economically devastates municipalities through sanctions and unreasonable unfunded demands; among other violations.

As stated in the Petition: “By attempting to preempt and supersede local regulation of oil and gas operations, the Pennsylvania General Assembly, through Act 13, has assumed the power to zone for oil and gas operations, which is manifested through the promulgation of a uniform set of land-use regulations governing oil and gas operations throughout the Commonwealth. By crafting a single set of statewide zoning rules applicable to oil and gas drilling throughout the Commonwealth, the Pennsylvania General Assembly provided much sought-after predictability for the oil and gas development industry. However, it did so at the expense of the predictability afforded to Petitioners and the citizens of Pennsylvania whose health, safety and welfare, community development objectives, zoning districts and concerns regarding property values were pushed aside to elevate the interests of out-of-state oil and gas companies and the owners of hydrocarbons underlying each property, who are frequently not the surface owners.” (Petition, page 4)

"Act 13 must be challenged since it is unconstitutional and unfair, which is why Delaware Riverkeeper Network is joining forces with municipalities to overturn it. Among the many wrongs we're fighting is the violation of Article 1, Section 27 of the Pennsylvania Constitution1—municipalities are being stripped of their ability to protect public natural resources like water and air. By depriving municipal elected officials of their ability to use zoning and community decision-making to protect precious natural resources, schools, hospitals and homes from damaging industrial practices, and to ensure the rights of everyone are honored and protected, this law has undermined the very fabric of municipal and constitutional law in the Commonwealth. As a result, our water, air, kids and communities will be subjected to more pollution and degradation from gas development," said Maya van Rossum, the Delaware Riverkeeper and co-plaintiff in the case.

The filing today is expected to be filed by a request for a preliminary injunction, aimed at keeping Act 13’s zoning provision from going into effect on April 14, 2012.

1. Article 1 Section 27: The people have a right to clean air, pure water, and to the preservation of the natural, scenic, historic and esthetic values of the environment. Pennsylvania's public natural resources are the common property of all the people, including generations yet to come. As trustee of these resources, the Commonwealth shall conserve and maintain them for the benefit of all the people.