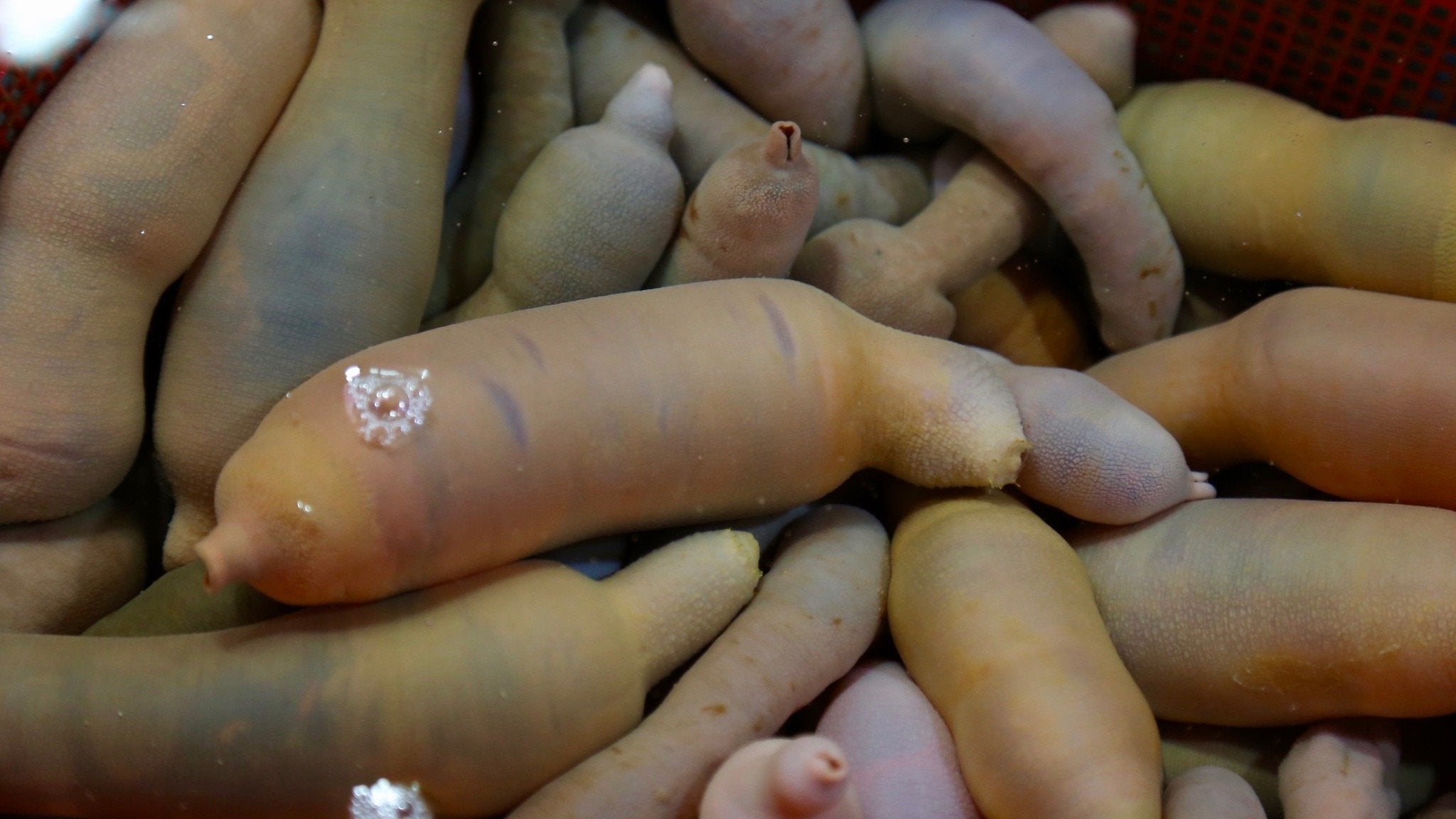 Thousands of "penis fish" like these pictured above washed up on a California beach. Ryan Bodenstein / Flickr / CC BY 2.0

A photographer came across a strange sight when he walked along a Northern California beach last week: thousands of sausage-shaped, 10-inch worms stretching for miles down the beach.

“I haven’t seen anything like that before,” David Ford, the photographer, told the Marin Independent Journal.

So he wrote in to Bay Nature’s “Ask the Naturalist” column to understand what he had seen. The answer? The odd-looking worms were called “fat innkeeper worms,” column writer Ivan Parr wrote. But that’s not all they’re known as. Parr explained further:

The fat innkeeper worm (Urechis caupo) is a type of spoonworm (Ehciuroidea), an order of non-segmented marine worms identified by a spatula-shaped proboscis used for feeding and sometimes grasping or swimming. The fat innkeeper’s family (Urechidae) contains only four species worldwide, collectively known as either innkeeper worms or, well, penis fish.

“I think its appearance lends it that name,” Parr told the Marin Independent Journal. “You take a look at it and you don’t have to have a dirty mind to make that connection.”

“Some of the seagulls looked like they couldn’t even eat anymore,” he told the Marin Independent Journal. “They were just so stuffed.”

In addition to seagulls, innkeeper worms are also consumed by otters, fish, sharks, rays and some humans, The Guardian reported. In South Korea, they are known as gaebul and are a common sight in seafood markets.

There are four species in the fat innkeeper worm family, according to Bay Nature, and (Urechis caupo), the only North American member, lives exclusively between Southern Oregon and Baja. It is mostly commonly seen between Bodega Bay and Monterey.

Ford told the Marin Independent Journal that he was happy to have made the discovery.

“The ocean is full of wonders,” he said.