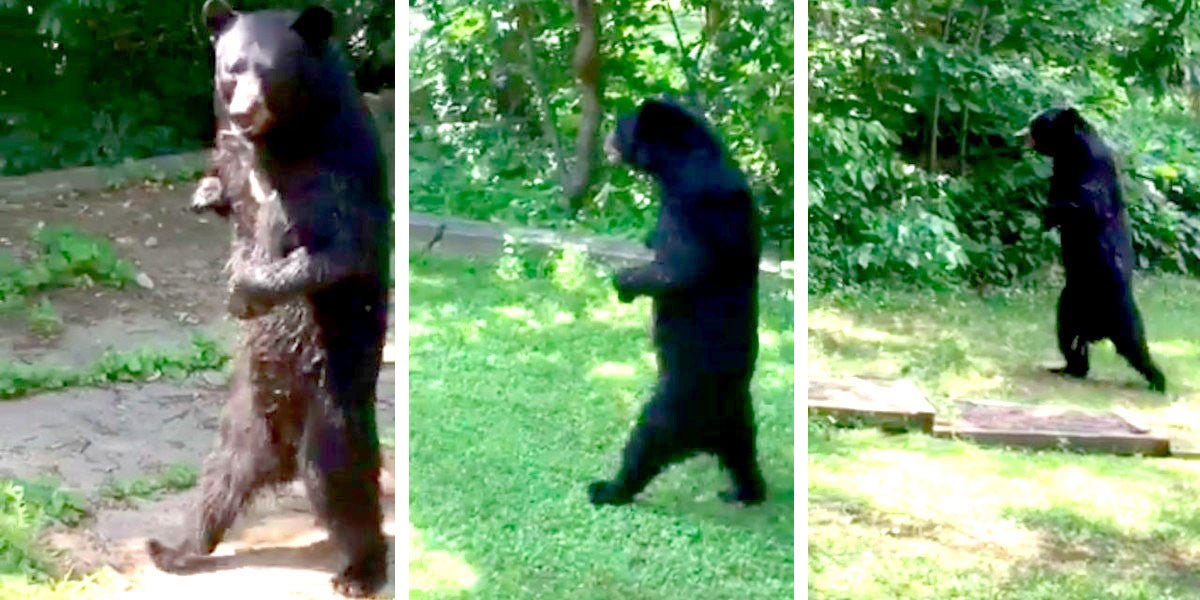 A bow hunter in New Jersey has apparently killed a popular local black bear, Pedals. Wildlife lovers are outraged as the hunter has been reportedly bragging about the kill.

Pedals, the upright-walking bear, which once had 22,000 fans on a now-defunct Facebook page, was just one of 549 bears killed by hunters during a controversial expanded hunting season. Reaction was so negative on both sides of the issue that a Facebook page dedicated to the bear was shut down Saturday night. A new Facebook page, RIP Pedals The Walking Bear, posted a plea to “please be respectful of others.”

Anger may have been provoked by the defunct site’s post, which read, “The hunter who has wanted him dead for nearly three years had the satisfaction of putting an arrow through him, bragging at the station.”

The New Jersey Division of Fish & Wildlife confirmed that it had pictures of an injured black bear brought into the Green Pond check station in Rockaway last week, but said it could not determine the identity of the bear. A statement posted by the division read:

“Upon arrival to check stations, bears are weighed and measured around the head. DNA samples are taken and a tooth is extracted to determine the bear’s age. But without any prior scientific data taken from a bear, it is not possible to verify the identity of a bear that has been harvested.”

It is believed that Pedals walked upright due to injuries to both front paws. Black bears are not endangered, and are found throughout the state of New Jersey. Native to the state, they were hunted indiscriminately following European colonization. The state says there are about 3,600 today, a sharp increase since the 1970s. Only one fatal attack by a bear has ever occurred in New Jersey’s history. The victim was a 22-year old Rutgers University student who was hiking with a group of friends in Passaic County in 2014 when he was attacked.

State officials maintain that hunting is necessary to regulate the population of black bears in New Jersey, and has spent $9 million since 2000 on black bear management. However, state senator Raymond J. Lesniak has introduced a bill that would ban bear baiting and establish trash disposal rules that would reduce access to human food waste, as has been implemented in other areas with high bear populations. The bill would also eliminate the October and December bear hunting seasons.

In the State Assembly, four legislators are seeking to end hunting of black bears in New Jersey. They are Tim Eustace of Bergen County along with Grace Spencer, Raj Mukherji and Thomas Giblin, all of Passaic County.

Aspen, Colorado residents have gotten used to living with black bears in this tiny, high-altitude resort town. Trash receptacles must be bear-proof, doors are kept locked and food has to be kept away from decks and unattended vehicles. Bear sightings, even downtown, are not uncommon. The city has taken a progressive approach to bear management, avoiding the unnecessary death of bears and protecting its citizens and visitors. In 2015, the U.S. Department of Agriculture’s (USDA) Wildlife Services killed 3.2 million animals, including black bears, mountain lions, wolves and bobcats.

Meanwhile, fans of Pedals mourn the bear’s loss. Posting on the Facebook page, Kelly Champan Cherhan wrote, “This is heartbreaking!!!!” Angela Lindsay Paulson added, “I lose sleep over this too.” Michael Kenneth Watson commented, “So very upset, who shoots a handicapped bear? Why?”

At this time, the identity of the hunter has not been confirmed.