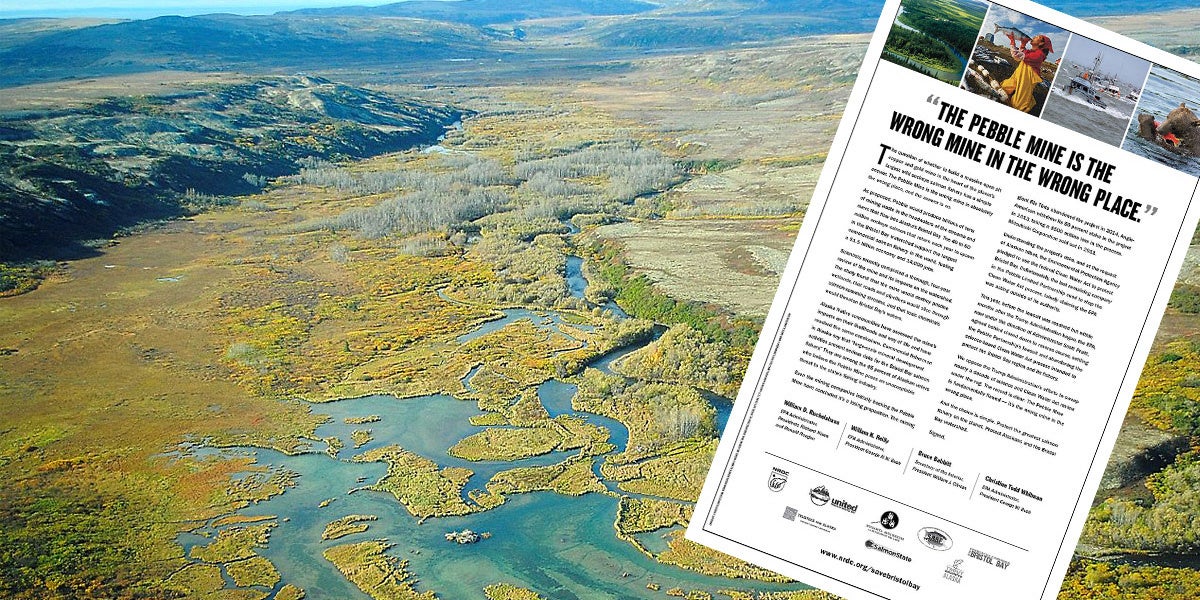 An U.S. Environmental Protection Agency (EPA) administrator under every Republican presidential administration since the EPA was created, except the Ford administration, whose administrator is deceased, have joined forces to make a statement in opposition to the Pebble Mine proposed in Bristol Bay, Alaska. Their statement appeared Tuesday as a full-page ad in the Washington Post.

The message is clear: “The Pebble Mine is the wrong mine in absolutely the wrong place.” 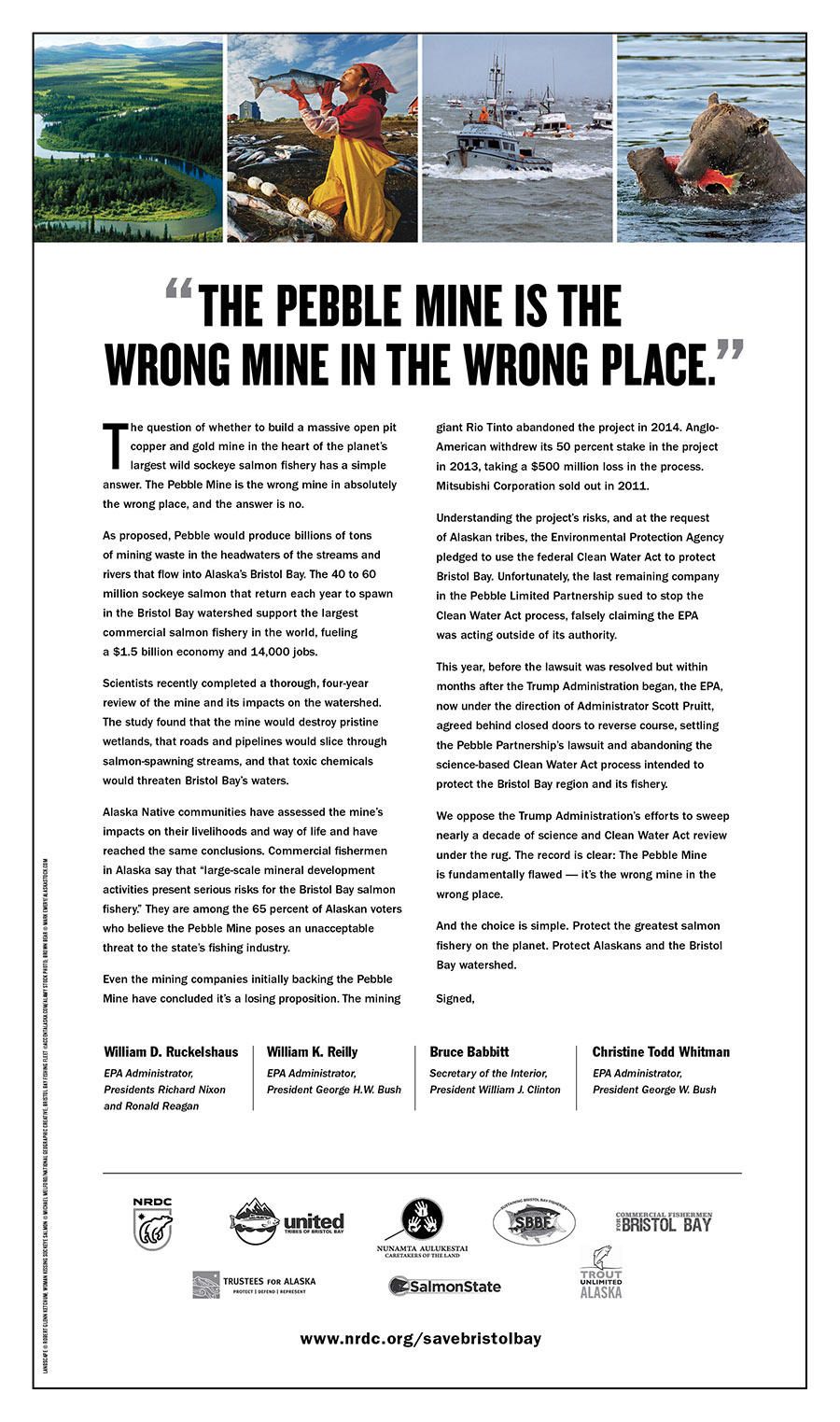 The statement also decries EPA Administrator Scott Pruitt’s backroom deal with the Pebble Partnership that simultaneously managed to breathe new life into the dying project and abandon years’ worth of agency science and process.

The statement is featured on the back page of the Washington Post and is supported by Bristol Bay tribes, villages, commercial fishermen, sportsmen and conservationists.

Click here to show your solidarity with this statement and support for Bristol Bay. It’s long-past time to stop the Pebble Mine!