Peabody's Bankruptcy: A Giant Falls, But Its Obligations Remain 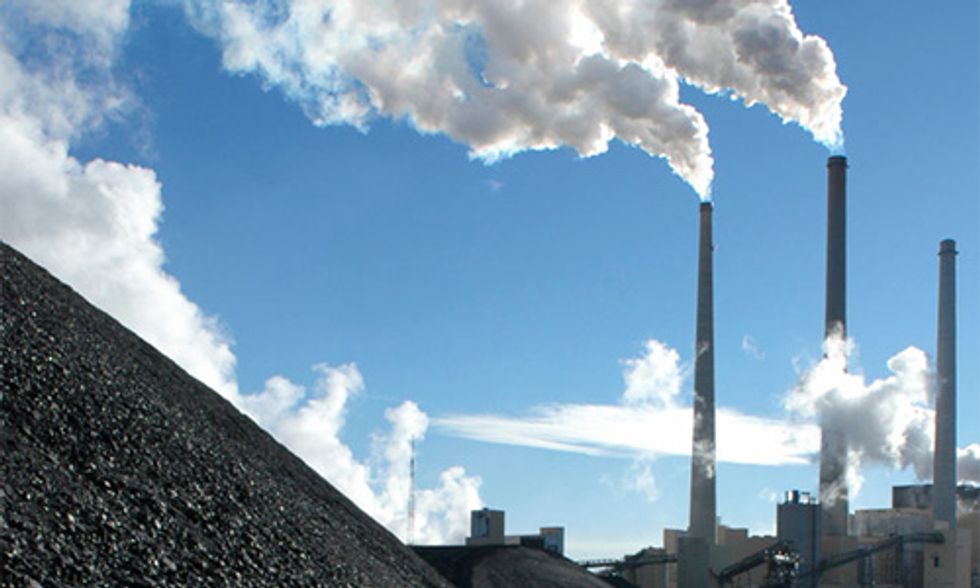 This week, a giant that had been teetering for many months finally fell, as Peabody Coal officially declared bankruptcy. For market watchers around the globe, this was a decisive movement in the long decline of an industry that once seemed invincible—the New York Times called it "Wall Street's retreat from King Coal." For those of us who live and work in Appalachia, this is the IMAX version of a movie we've seen many times before, one where coal company executives take the money and run, attempting to leave communities and taxpayers holding the bag for ruined communities, workers, mountains and rivers.

The federal representatives of coal communities need to push Congress to invest in economic redevelopment and diversification, help shore up health care and pension plans for coal workers and their families, and ensure toxic mining sites are cleaned up and reclaimed.

This time, we can't let them get away with it. There's way too much at stake.

The transition away from polluting coal to clean energy is essential to protecting the health of our communities and our climate and the Peabody bankruptcy is one of the clearest signs that there's no reversing that trend. Thanks to to the grassroots leaders who stopped the construction of 184 coal plants, secured the retirement of one-third of U.S. coal plants (232 and counting) and secured enough clean, renewable energy to replace that coal, the U.S. energy landscape has changed in a profound, irreversible way. Coal was providing half of U.S. electricity just five years ago and in 2015 that dropped to a historic low of 34 percent.

Let's be clear—with 300 U.S. coal plants still chugging along, thousands of Americans still suffering health problems from coal pollution and a climate on the brink of collapse, this transition is far from over. But it is underway, with a lot more work ahead of us. And as we make this shift, we can't leave behind the communities and families that have long relied on the coal industry.

That's why the Beyond Coal Campaign has always pushed for policies that will help transition coal communities to new economic opportunities and pressed lawmakers to fully fund initiatives that shore up coal workers' livelihoods as they move to new jobs. These initiatives also include guaranteeing that coal workers receive the healthcare and pension benefits they've earned.

So when the news hit this week that Peabody Energy declared bankruptcy, we joined a chorus of groups calling for the company to not do as so many others have—use the bankruptcy to shed their responsibilities to their workers, retirees and the lands near their old mines.

Peabody, once regarded as a titan in the American energy industry, is just the latest in a string of at least 50 coal industry bankruptcies since 2012. Just two months ago Arch Coal, the nation's second largest coal producer, filed for Chapter 11 protection; and Alpha Natural Resources, the fourth largest coal producer in the U.S., declared itself insolvent last August.

Peabody has more than $2 billion in mine cleanup liabilities, nearly $1.5 billion of which are unfunded, including nearly $900 million in Wyoming alone. This puts the company in a difficult financial situation, which understandably makes us nervous that it will bail on coal communities to satisfy its executives and creditors. It doesn't help that Peabody has a history of spinning off its responsibilities into smaller companies that seem like they are built to fail; leaving taxpayers holding the bag. Exhibit A is Patriot Coal, a subsidiary company that Peabody spun off to dump many of its Appalachian commitments—including mountaintop removal sites and worker pensions. When Patriot predictably failed, Peabody was nowhere to be found.

We can't let this happen again. Peabody needs to step up and take care of the communities responsible for its past success by guaranteeing that it will fulfill its obligations while sorts through its bankruptcy. Peabody isn't the only institution that needs to do the right thing, however. Coal communities across the country need Congress to step up as well.

The federal representatives of coal communities need to push Congress to invest in economic redevelopment and diversification, help shore up health care and pension plans for coal workers and their families, and ensure toxic mining sites are cleaned up and reclaimed. Fortunately, there are strong plans on the table—specifically the Obama Administration's Power+ Plan, which aims to provide billions of dollars to revitalize coal communities and Congress Hal Rogers' bipartisan RECLAIM Act, which will put $200 million a year for five years into land reclamation and economic redevelopment in areas struggling due to coal's decline.

Though these policies are a good start, nothing near the scale of what is needed has been enacted yet. We must push forward with more effort and more funding to guarantee that these communities aren't left behind in our growing clean energy economy. Peabody's bankruptcy underscores the urgency of making these plans a reality. It's time to stand and fight for a thriving, sustainable, prosperous future—together. Join us.

Peabody Energy Should Be in Criminal Court, Not Bankruptcy