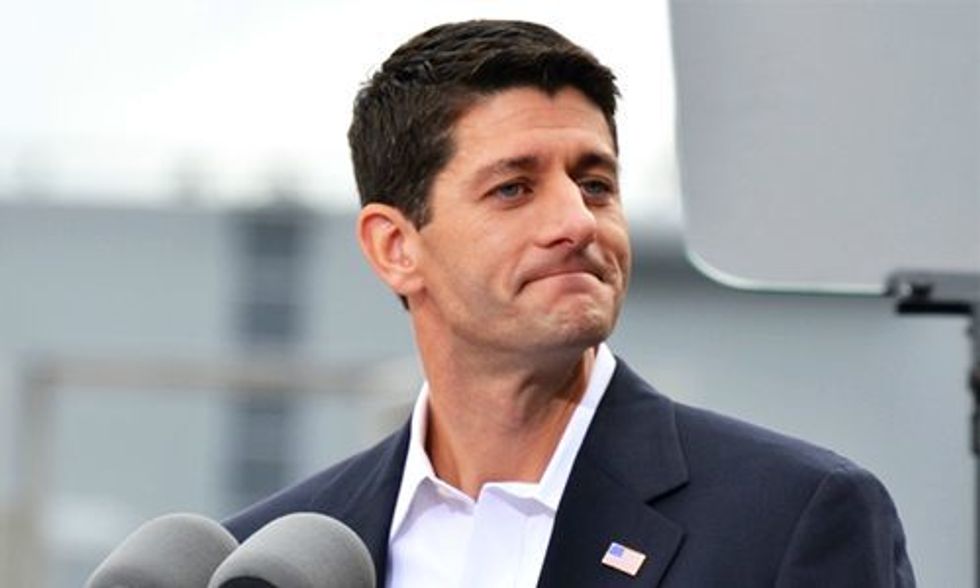 The current debate over whether Paul Ryan should have allowed himself to be chosen as the presumptive next House Speaker reminds me of one of the plot puzzles in the movie Queen Margot: even though Queen Mother Catherine de Medici’s reputation as a ruthless poisoner seems broadly known, the residents of the French court eagerly accept or even solicit gifts from her, which inevitably turn out to be fatal.

It seems likely that Paul Ryan’s election as House Speaker will prove to be a poisoned chalice, and the promised unity of Republican House factions behind him will wither under the pressure of decisions about whether or not to make the compromises with President Obama necessary to keep the government functioning and pay the national debt.

It’s easy to blame the ideology, or the temperament, of the Freedom Caucus, for the melt-down, or even the overall competence of the Republican party, as conservative columnist David Brooks has done. “This anti-political political ethos produced elected leaders of jaw-dropping incompetence. Running a government is a craft, like carpentry. But the new Republican officials did not believe in government and so did not respect its traditions, its disciplines and its craftsmanship.”

But there are also deep structural sources of the malady. Consider the primary election that gives the Freedom Caucus its leverage over the more mainstream majority of the House Republicans; the defeat of Majority Leader Eric Cantor in 2014. Cantor’s successful Tea Party opponent, Eric Brat, received only 36,000 votes, just 8 percent of the registered electorate in Virginia’s 7th district. That’s less than a quarter of the registered Republicans. Indeed, in that fall’s general election, the Democratic candidate for Congress who Brat faced, Jack Trammel, received 91,000 votes, almost three times as many as Brat received in unseating Cantor, even though in the General Election Brat crushed Trammel.

So it’s almost certain that if Virginia, like California and Louisiana, let the two biggest vote getters in the primary contest the general even if they are of the same party, that in Round 2 Cantor would have gotten more than enough votes to keep his seat.

And Cantor’s defeat is no anomaly. Consider South Carolina’s 4th Congressional District, in which Trey Gowdy, the Chair of the Banghazi Frenzy Committee, defeated four term conservative Republican Bob Inglis. Gowdy charged that Inglis, by conceding the existence of global warming, had forfeited his conservative credentials in spite of a 93.5 percent American Conservative Union rating. Gowdy stomped Inglis in the primary—but again, look at the numbers. Gowdy got only 54,000 votes, a tiny fraction of the registered voters. Once again in the general election the Democratic congressional candidate, in an overwhelmingly Republican district, received more votes than Gowdy in the primary. There are enough other examples that most House Republicans now live in fear of such a primary defeat—which is why mainstream Republicans couldn’t stand up Boehner against the Tea Party.

Applying this 40,000 votes needed to win a contested Republican primary, and considering that the average Congressional district has 330,000 registered voters, a determined and disciplined “faction” (as Madison would have put it) of far fewer than 5 percent of the American public could dominate the nominating process of the Republican party and capture it. (The same math holds true for the Democrats—it’s just harder to imagine such a disciplined faction of Democrats).

Effectively, an even tinier group now exercises dominating power of intimidation over the Republican caucus in the House.

How did this happen? Low turn-out primaries are nothing new—they are standard fare, and over the decades hundreds of primary victors have been chosen by even smaller segments of the electorate than Brat. It didn’t threaten to shut-down the government. Nor is the presence within one or both parties of small caucuses of members of Congress with view strikingly out of step with the American majority. During the Civil Rights era, the 1965 Voting Rights Act was opposed by 65 House Democrats, a much larger number than the Freedom Caucus.

First, American political parties were traditionally ideological grab-bags of regional factions. The Democrats lumped Northern urban liberals with rural Southern conservatives, and rural Protestant Conservatives caucused with up-scale suburban moderates among Republicans. After Barry Goldwater’s defeat in 1964 conservatives decided that they needed a “pure” conservative party, one with a clear and conservative ideology. They chose the Republican party. Aided by the civil rights induced migration of southern whites out of the Democratic party, this project proved fabulously successful. With the 2010 defeat of most of the Blue Dog Democrats in the House, and the loss of most of the remaining conservative Democratic Senators in 2014, both parties now stand solidly on either the right or the left.

Second, having created European style ideological parties, Congressional Republicans then embraced European style parliamentary politics, imposing discipline on individual Senators and Congressman with strong sanctions if they voted their districts or their consciences on key legislation. This trend culminated in the 1995 promulgation of the Hastert rule, that the Speaker would schedule only legislation which enjoyed majority support in the Republican caucus, and its corollary, that Republicans would uniformly provide such legislation with enough votes to pass.

The Supreme Court provided the third kicker. One of the main barriers to a broadly unpopular ideology successfully plucking off 30-40 Congressional seats was that fringe factions lack an obvious mass funding base. But by repealing all of the legal limits on how much money the super-rich and corporations could pump into campaigns, the Court allowed a single patron to turbocharge policy objective held by a tiny minority of Americans and enable them to black-mail the entire national political system by shutting down Congress.

And how does the U.S. political system get out of this hostage taking dynamic? A few years ago many main-stream Republicans (David Brooks among them) argued that the nomination of a genuinely extremist Presidential nominee followed by a decisive drubbing in the general election would “break the fever” which had taken hold of the party. But that strategy assumed that business elites and the Republican establishment still held the loyalty of hierarchical Republican voters. Donald Trump and Ben Carson’s domination of the Presidential polls seems to have illustrated that this loyalty can no longer be counted on, and that the Tea Party, until it enacts its widely unpopular agenda, may well refuse to bow to the pragmatic counsels of “we need to win the Presidency.”

There is another pathway—it’s what Madison would have wanted—and if I had to bet, it’s the likely outcome. Mainstream Republicans will realize that if a relatively small number of them form cross-aisle alliances with the Democrats on those issues on which everyone except the Tea Party agrees (highway funding for example), they can govern, even if minimally because President Obama will eagerly sign such legislation. The business community will have to provide those who cross the aisle with protection in their primaries—which means that only bills with strong conservative and business credentials will be viable. But if Speaker Ryan is forced into such a strategy, and his consent would be essential, the fury of the hard core of the extreme right will make Catherine de Medici look like a pussycat.

So I don’t think it ends well for Speaker Ryan. But perhaps I am misreading the Tea Party. I hope so.