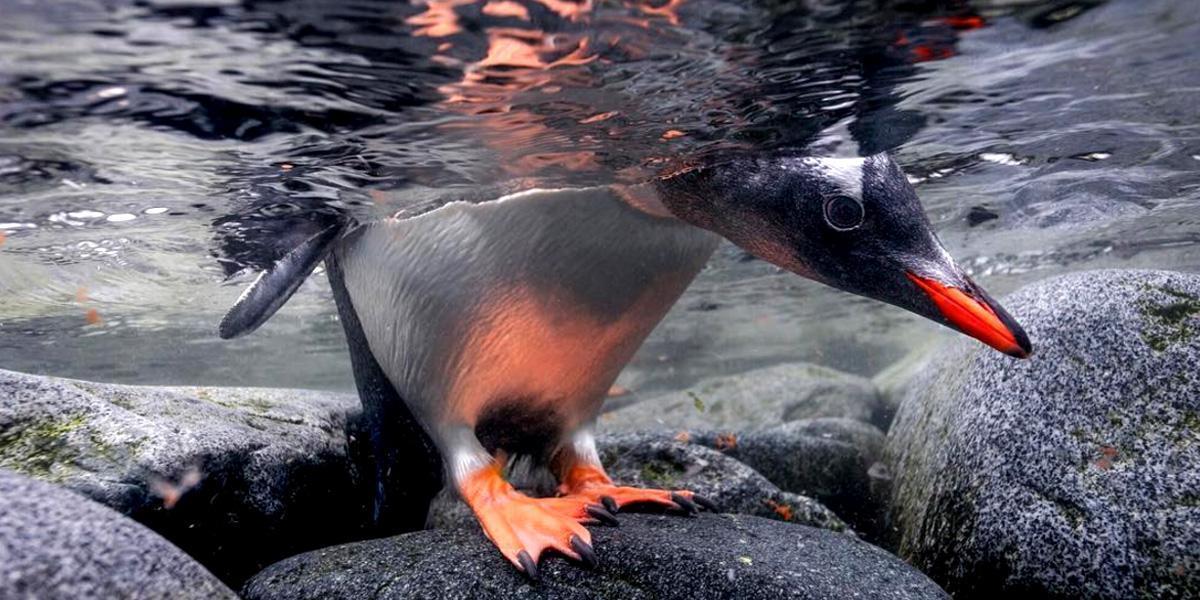 World-renowned photojournalist Paul Nicklen, who has been documenting the polar regions and their native wildlife for more than 20 years, is motivated by more than the quest for a great shot.

He is on a mission to generate global awareness of the changing environment and threats to wildlife in both the Arctic and Antarctic, a drive he attributes to growing up among the Inuit in Canada and his early career as a marine biologist.

“I want my photos to document some of the most remote and stunning ecosystems on Earth and to show what’s at risk if we don’t protect our environment,” Nicklen said.

He posts images to the 3.2 million followers of his popular Instagram feed of the animals and people he encounters while traveling, and seizes every opportunity to explain the importance of conserving some of the last untouched ecosystems on the planet.

On World Penguin Day, Nicklen provided stunning imagery of the iconic birds, taken during his visits to Antarctica, for a “takeover” of The Pew Charitable Trusts‘ conservation-focused Instagram feed.

Nicklen said the key to successfully photographing animals in the wild is patience. “You can’t disturb your subjects or expect a quick shot. But if you keep watching, the natural world reveals itself in all of its incredible beauty.”

Nicklen knows from extensive firsthand experience what is at stake if conservation of the polar regions is delayed.

“If we lose the sea ice, we lose this ecosystem,” he observed. “While photographing Antarctica over the past two decades, I’ve seen [the] changes.” Nicklen added that the oceans can be very resilient if humans take action to protect them. The 2016 designation of the world’s largest marine protected area in the Ross Sea was a good first step. Now, he said, “we must protect more of these Antarctic ecosystems.”

A full network of marine protected areas in the Southern Ocean would not only preserve connectivity among the many unique ecosystems in the region but also allow marine life to migrate between protected areas for breeding and foraging. Other reasons for shielding these areas from unrestrained human activity include how the circumpolar currents help sustain life well outside the region and Antarctica’s role as a relatively pristine “living laboratory” for scientists studying climate change.