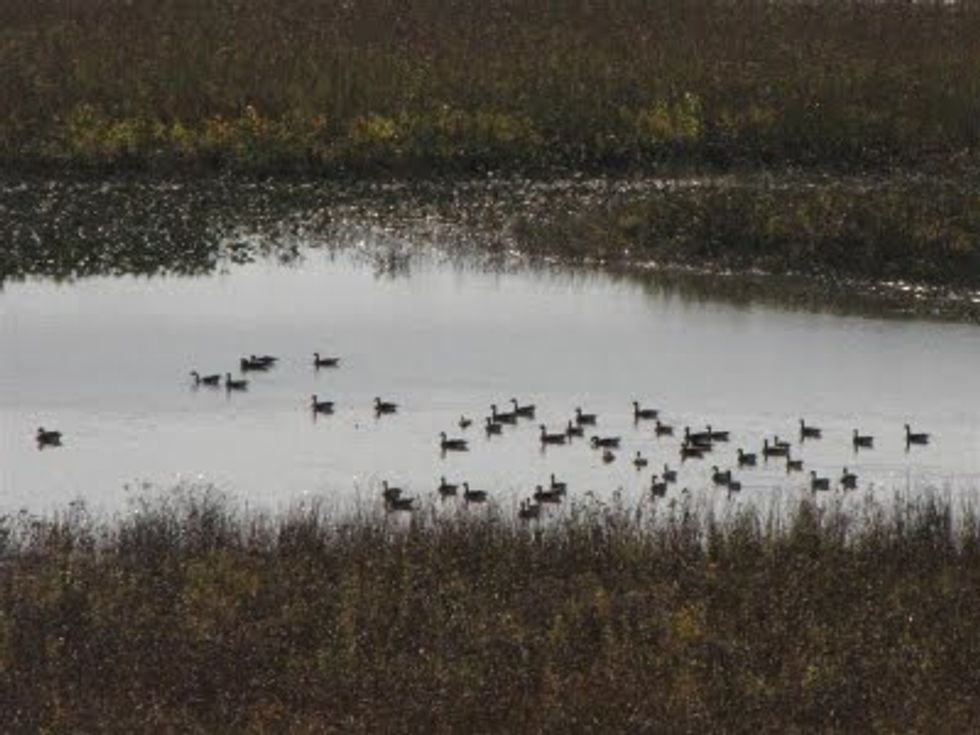 In a recent 5-2 decision, Maryland’s highest court upheld judicial standing for a member of a local environmental group contesting a wetlands permit awarded to developers of a shopping mall. The case—Patuxent Riverkeeper v. Maryland Department of the Environment—is the first test of a rule passed by the Maryland General Assembly in 2010 concerning standing (i.e., the  right to initiate a lawsuit) for citizen and organizations in state courts.

The nonprofit group claimed victory in the case of a controversial and contested state-issued wetland permit located at Woodmore Town Centre shopping mall in Prince George’s County. Patuxent Riverkeeper initiated the lawsuit on behalf of David Linthicum, a Riverkeeper member since 2004. The plaintiff was concerned about adverse environmental effects of a road crossing that disrupted the river flow upstream of his commercial and recreational interests.

“Although this historic decision does not guarantee that everybody who wants to challenge a state permit can get standing, it will at least eliminate many of the frustrating  loopholes our adversaries have exploited to deny us a day in court," said Patuxent Riverkeeper Fred Tutman. “Most important, our victory creates a climate where the state and the permittees will labor to write much better permits in order avoid legitimate challenges.”

As a case of first impression in Maryland, this decision by the Maryland Court of Appeals sets forth refreshed tests to be used in all state courts to determine standing for would-be plaintiffs. Although courts have the authority to weigh a variety of factors to determine who has standing, this case provides landmark guidance in several areas  by clarifying that:

Woodmore Town Center, located in Prince George’s next to the Capitol Beltway, is a 247-acre mixed use development. The developers sought a non-tidal wetlands permit to permanently disturb less than an acre of marshland to build a bridge or box culvert access road from State Route 202 in Glenarden . The access road of this development crosses a headwaters stream on the western branch of the Patuxent River.

Patuxent Riverkeeper offered comments and later challenged the permit in circuit court,  where it was denied standing to pursue the case based on its member, Linthicum. Unable to get standing to put the concerns raised by its member before a trial judge, Riverkeeper petitioned the Maryland Court of Appeals, which granted certiorari and heard oral arguments in the case in June of 2011.

Linthicum—who lives on the banks of the Patuxent River—frequently paddles downstream of the affected site, draws and sells tourism maps of the Patuxent and its tributaries and is closely involved with stewardship for the river.

“Citizens and community groups frequently encounter barriers to standing as one of the greatest impediments for obtaining justice for their environmental concerns," said Tutman.  “Opponents often raise concerns about the reasonableness of environmentalist claims, whether they are directly affected or injured by the construction projects, too far downstream, within sight and sound or adjacent to the offending projects and a host of other roadblocks usually designed to dispose of environmental cases before they can be tried on their merits.”

Prior to a 2010 rules change, state permit challenges were tried in agency-run administrative proceedings. Citizen interests and organizations typically could not get standing on their own. The 2010 changes in standing  aimed to make it easier for citizens to appeal permit challenges directly to the circuit courts.

About Patuxent Riverkeeper: The sole purpose of the Patuxent Riverkeeper is to protect, restore and advocate for clean water in the Patuxent River and its connected ecosystem. The Riverkeeper patrols the river, investigates and resolves water quality and pollution complaints, launches and manages restoration projects, raises awareness about the river and its problems and works toward better enforcement of current laws and better laws to protect the river. The group is a nonprofit watershed advocacy organization affiliated with the Waterkeeper Alliance in New York, an umbrella group that licenses and links Waterkeepers internationally.

About the Patuxent River: The Patuxent River drainage area covers 930 square miles overall and runs north to south for 110 linear miles through seven Maryland counties, terminating at the Chesapeake Bay. The Patuxent is the longest and deepest intrastate river in Maryland, ranging from ankle wading depths, down to more than 180 feet.