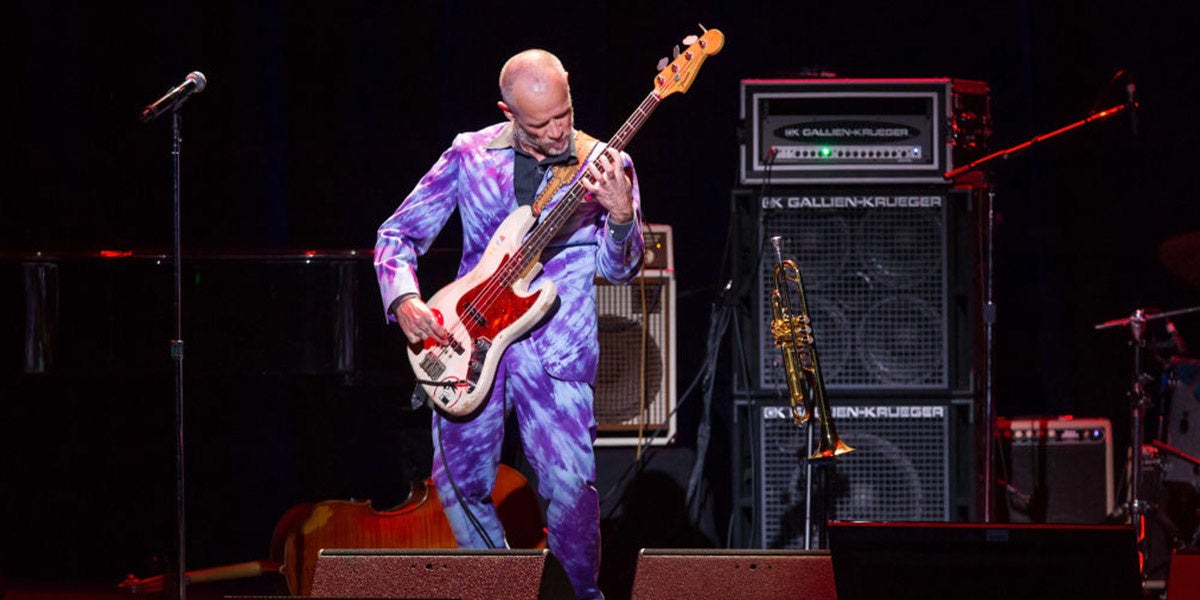 Musicians, artists and activists lended their unique voices to the issue of
climate change at the Pathway To Paris concerts at The Masonic in San Francisco and the ACE Theatre in Los Angeles over the weekend, a closing act of the Global Climate Action Summit in California.

“Happy in my heart I had the opportunity to play for for Pathways To Paris this weekend. I love trees, water, air, bluebirds with those little crowns on their heads,” Flea
tweeted Monday.

Founded by Jesse Paris Smith and Rebecca Foon, the first Pathway to Paris concerts took place in New York following the People’s Climate March in 2014 and in Paris, France following the adoption of the landmark Paris climate agreement in 2015. Last year’s concert in New York’s renowned Carnegie Hall launched the 1000 Cities campaign that aims to get at least 1,000 cities around the world to commit to using 100 percent renewable energy by 2040.

This year’s event focused on “the potential for cities to push for, achieve and go beyond the climate targets highlighted in the Paris agreement,” according to a
press release.

Truly filled with a new energy coming out of #PathwayToParis over the weekend. I’m both grateful and inspired to have been surrounded by good music and friends all in an effort to turn the Paris Agreement into reality!

“Cities play a critical role in transforming our world out of the era of fossil fuels and into a renewable world,” Foon said in the press release. “This is our time to make this shift and transform our cities to become sustainable, resilient cities for us all and future generations. This is our chance as our window of time is narrowing.”

The organizers also called on the international community to ramp up climate action, which reflected the theme of the Global Climate Action Summit to take
“Take Ambition to the Next Level.”

“In the world of music, the best way to improve is through collaboration. This is the same with the critical issue of climate change,” Smith said in the release. “We must join together to make this the most ambitious collaboration of our century. We will not be able to implement crucial and challenging solutions to climate change, plastic pollution, and all urgent environmental problems as long as we stand divided. Inseparable from the issue of climate change is the need for world peace, global communication, and an international collaboration unmatched by any event in human history.”