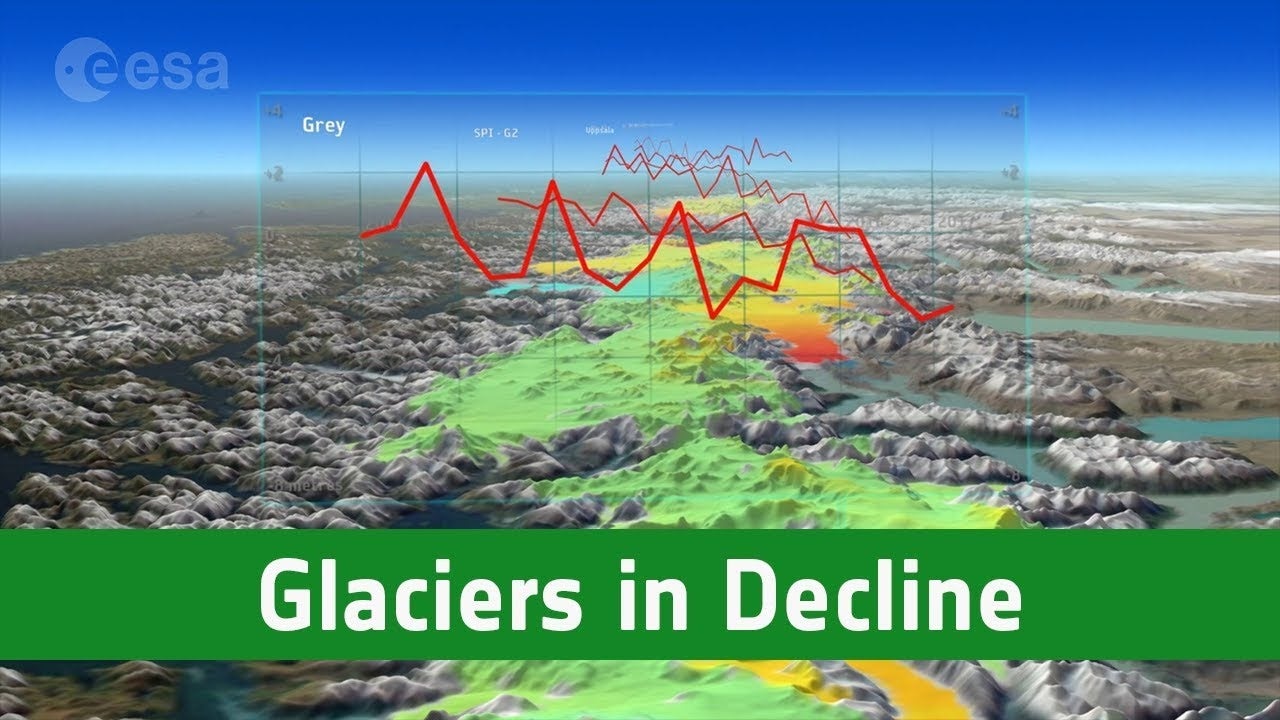 Researchers with the European Space Agency (ESA) have mapped in stunning detail the extensive retreat of South America’s
Patagonian ice fields, where some glaciers are melting at the highest rates on Earth and contribute to global sea level rise.

In a report this week, ESA revealed that between the years 2011 and 2017, Patagonia’s ice fields receded at a rate of more than 21 gigatonnes (Gt)—21 billion metric tons—a year, the equivalent to adding 0.06 millimeters to global sea level.

During that six-year period, the team observed “widespread thinning of ice, particularly in the northern part of the Patagonian ice fields,” said Luca Foresta, from the University of Edinburgh, in a statement.

“For example, the Jorge Montt glacier, which flows down to the ocean, retreated 2.5 kilometers and lost about 2.2 Gt of ice a year, and the Upsala glacier, which terminates at a lake, lost 2.68 Gt a year,” Foresta said.

“In contrast, however, Pio XI, the largest glacier in South America, advanced and gained mass at a rate of about 0.67 Gt a year.”

This new method, detailed in a
paper published last month in the journal Remote Sensing of Environment, allows whole swaths, rather than single points, of elevations to be computed, thus yielding more detail on the changing nature of glacial ice.

The study authors noted that Patagonian ice fields have thinned rapidly in recent years. Its ongoing melting has contributed about 15 percent to the total mass loss from glaciers and ice caps in the first decade of this century.

“This is because the weather is relatively warm and these glaciers typically terminate in fjords and lakes, exacerbating surface melting and causing them to flow faster and lose ice as icebergs at their margins,” ESA explained in a report.

“There is a clear need to monitor and understand glacial dynamics, not only in Patagonia but globally,” ESA said.