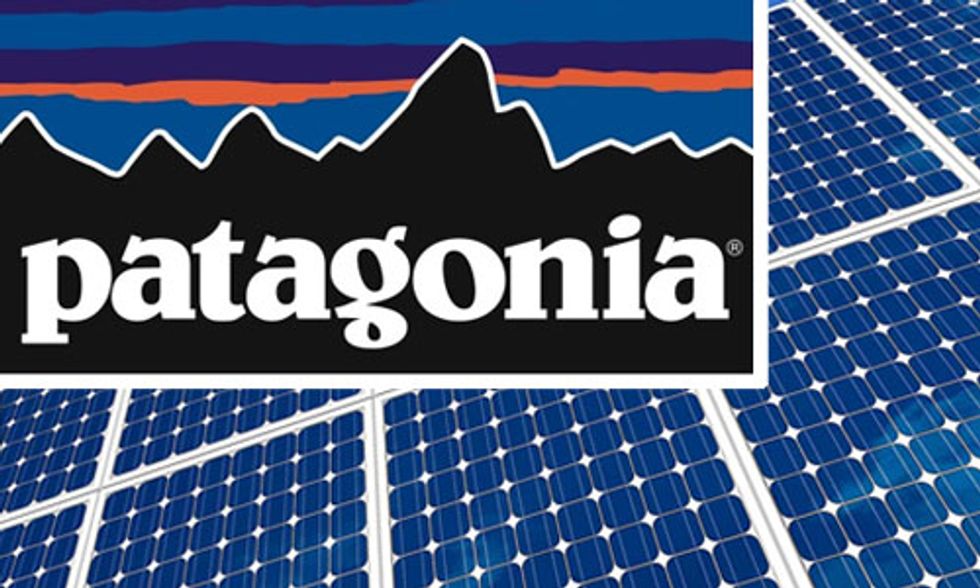 While many major retailers—including Apple, IKEA and recently Whole Foods—are investing in solar to supply their own businesses with power, Patagonia wants you to have this clean, green renewable energy yourself.

The company made the announcement Thursday in a blog post:

Led by Patagonia and Kinaʻole Capital Partners, LLC, a first-of-its-kind group of five certified B-Corporations has come together to create a $35 million tax equity fund that will make the benefits of solar power available to more than a thousand U.S. households. The new fund uses state and federal tax credits to direct Patagonia’s tax dollars for residential development of affordable, efficient Sungevity solar energy systems.

The five B Corporations involved in the project are: Patagonia, which will be the tax equity investor; Kinaʻole, as the fund manager; New Resource Bank and Beneficial State Bank as lenders; and Sungevity, Inc., as the project developer.

“We’re doubling down on an investment strategy that brings great financial returns while supporting the clean energy economy,” Patagonia CEO Rose Marcario said in the announcement. “B Corps know how to make money while creating broader benefits—but any company would be smart to leverage their tax dollars this way. I hope others take advantage of a great opportunity.”

According to the New York Times, tax equity investing is a type of transaction that limits the pool of investors for clean energy development:

Financiers of solar projects are entitled to a tax credit worth 30 percent of a project’s cost, but not all developers have enough profit to use it.

Over the years, some large companies like Google have taken advantage of the approach by investing in a variety of clean energy installations, as have retail chains like Walmart and Costco, which have the roof space to put in panels for their own energy needs.

Marcario learned of tax equity investing through a solar developer she knows. However, instead of installing rooftop panels onto her own stores, she decided Patagonia should help families get over the steep costs of residential solar instead.

The homeowners taking part in the venture will pay no up-front costs as they will sign a power purchase agreement (PPA) to buy solar energy for less than their utility’s rates. Any surplus power the panels generate will be sold back to the utility.

In all, the rooftop systems installed through Patagonia's new solar fund are expected to produce 200 million kilowatt hours (kWh) of electricity over the solar installation's typical 20-year life span. That translates to the displaced consumption of 325,000 barrels of oil, or the equivalent to taking 30,000 cars off the road and 140,000 tons of greenhouse gas emissions, the company said.

The investment was made through Patagonia’s $20 Million & Change venture fund that invests in companies making positive impacts on the environment. Impressively, this is already the second solar fund Patagonia has started. Through $20 Million & Change, the company established a $27 million solar fund with Kinaʻole and brought solar PV systems to 1,000 residential homes in Hawaii in 2014.

“I hope that other companies that are interested in having a positive impact will look at this as a model,” Marcario told the New York Times. She added that the faster clean energy takes off, “the better off we all are going to be.”

Patagonia is gaining a reputation for their environmental philanthropy. The company established the Traceable Down Standard which means their clothes feature only 100 percent Traceable Down that never comes from live-plucked or force-fed birds. Patagonia is also ditching toxic fluorocarbon chemicals, or polyfluorinated chemicals (PFCs), which make garments water- and soil-resistant, but also happens to be terrible for our health and the environment.