Can This New Organic Beer Made With ‘Superwheat’ Save the Planet? 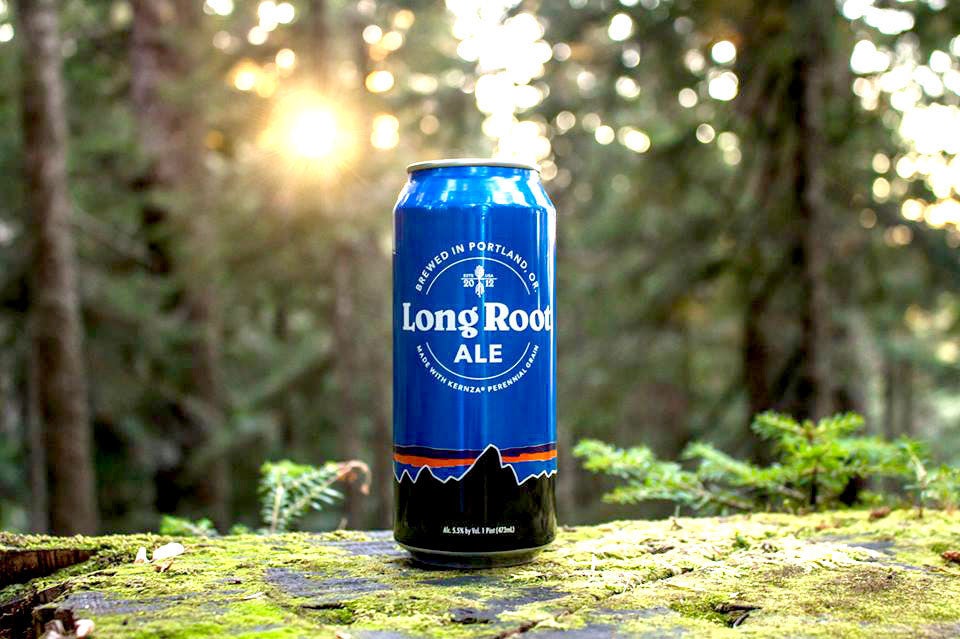 Much of what remains of the once vast American prairie can be found in the rolling Flint Hills of Kansas and Oklahoma. There, the rocky soils managed to halt the plows of pioneering farmers who were pushed West by manifest destiny, on the hunt for new land to turn over and farm. 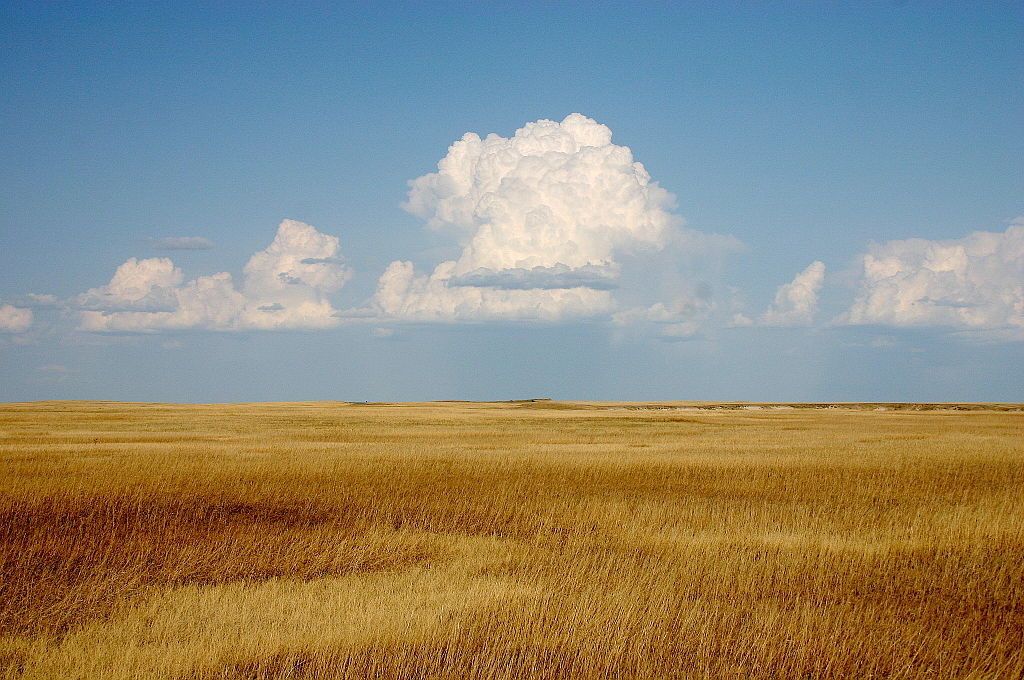 There was once more than 170 million acres of tallgrass prairie in North America, a grassland ecosystem that blanketed the Midwest—from Texas all the way up into Canada and extending from Kansas to Indiana. Today, just 4 percent of the landscape that defined the middle of the country persists. Even the deep topsoil—created by roots that reached farther down into the dirt than the head-high blades of big bluestem, indiangrass, and switchgrass—that made prairie states into agricultural powerhouses is dwindling.

Not far from a stretch of land where a swath of native prairie still grows, and about an hour-and-a-half’s drive from the Tallgrass Prairie National Preserve, sits the Land Institute of Salina, Kansas. The sustainable agriculture nonprofit and research center has for decades been working on a project that could revert the more than 200 million acres of U.S. land on which corn, soy, and wheat are grown into something resembling the prairie those crops helped displace.

Wes Jackson, who founded the institute in 1976, had a simple enough idea: Instead of growing staples as annuals, planted and harvested every year, why not develop perennials like the wild grasses found in the prairie into food crops? Not only would such a crop only need to be planted once, but its roots would hold down topsoil, capture carbon, and require fewer chemical inputs and water. If multiple perennial crops were planted together, they could sustain each other much like a wild ecosystem does, requiring little in the way of “farming” as we think of it.

It’s a notion that has inspired generations of food-loving environmentalists—from Wendell Berry, a friend of Jackson’s, to contemporaries like Mark Bittman and the founders of San Francisco’s climate-focused restaurant The Perennial. While that speaks partly to the appeal of the idea, it also highlights the slow nature of the work: The institute has spent decades domesticating and improving plants like intermediate wheatgrass, a distant cousin of modern wheat that grows wild in Europe and Asia, and slowly bulking up the kernels from just a few milligrams into the double-digit range, creeping closer to modern wheat.

When the Land Institute was opened, Jackson said that it would take between 50 and 100 years to develop a perennial polyculture, in which many long-lived food crops could be grown in symbiosis. In 2012, Jackson told The New York Times that kernza, as the grain the Land Institute developed from intermediate wheatgrass is known, might be released to “farmers working with ecologists and agronomists” in eight or nine years.

But two years ago, the Land Institute quietly passed a significant milestone: A small co-op in northwestern Minnesota planted 50 acres of kernza for commercial production, followed by another 75 acres that will be harvested for the first time next summer. On Monday, Patagonia Provisions released the first-ever retail product made with the grain the company calls a “superwheat”: a beer called Long Root Ale.

Launched in 2014, the outdoor gear company’s food division is an extension of its long-standing conservation work, as Birgit Cameron, Patagonia Provisions’ director, explained.

“Since agriculture, as it relates to food, is one of the biggest contributors to climate change, we couldn’t stay away from this issue,” she said.

A Solution Under Our Feet: How Regenerative Organic Agriculture Can Save the Planet http://t.co/GfgSnL7pcd @ecowatch pic.twitter.com/86u59sGZmX

For the company to make a food product, it has to have a “really deep reason for being,” according to Cameron, and one that often goes beyond a designation like “organic” or other familiar sustainability measures. The precooked, shelf-stable sockeye salmon Patagonia Provisions sells, for example, is caught in reef nets off Washington State’s Lummis Island—a sustainable practice used for centuries by Native American tribes and supported by the company “so we can have salmon for the future.” Patagonia’s bison jerky “is about saving the prairie,” Cameron said, and is made from the meat of buffalo that graze on 50,000 acres of restored grasslands.

Grasses define tallgrass prairie both in name and in biodiversity: The landscape is composed of as many as 60 grass species that account for 80 percent of the foliage. But there’s a reason why vast sprays of wildflowers blaze across the Flint Hills every summer. The prairie is considered one of the most diverse and complicated ecosystems in the world—right up there with the Amazonian rainforest. Any farming system that aspires to replicate it cannot start and end with one plant species.

“A perennial monoculture, say, of kernza would be an improvement” over commercial, annual wheat production, Allegrucci said. “But it’s not near where we need to get or where we want to get. It’s the polyculture bit that delivers the huge long-term ecological benefits in terms of climate and water quality and soil erosion too.”

Thanks to the progress that’s been made on kernza, the grain has become nearly synonymous with the Land Institute—and that could become evermore the case with Long Root available in stores and other kernza products from Patagonia and others to follow. But as Allegrucci said, “the Land Institute is more than kernza.” 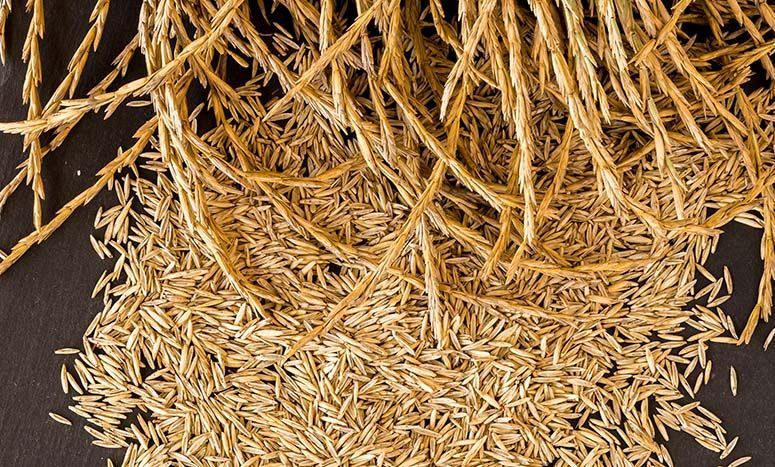 “We’re not tweaking a system of agriculture; we’re displacing it,” he explained. Not the Land Institute on its own, but the growing network of farmers, students, researchers, chefs, and plant breeders engaged with the work.

“It’s like cribbing the Green Revolution for natural systems agriculture. It’s doing the Green Revolution green. And that’s not just going to be a set of plants or a set of gene tweaks—however fascinating or productive as they are. We’re talking about re-envisioning what agriculture means to us as a people. And we can’t do that on our own—but we’re kind of trying to provide the hardware for it.”

That hardware will take the form of other crops­ developed by the Land Institute: grains, pulses, and oilseed, generally speaking, which account for fully three-quarters of the world’s caloric intake, as Allegrucci noted. Not only do those crops—whether wild prairie sunflowers domesticated for oilseed production or perennialized sorghum and rice—need to be bred and improved, but work needs to be done to determine how they can successfully be grown in concert.

“How do we develop systems where this plant can grow with other plants,” Allegrucci asked, “where they can provide services to one and another?” Pulses can fertilize grains by fixing nitrogen in the soil; the deep roots of grains can help hold soil moisture for more shallow-rooted crops. When that kind of agriculture ecosystem is viable for commercial production like kernza is just beginning to be, “that’s where the real perennial benefits come in.”

But getting kernza out to farmers like Richard Magnusson, and products like Long Root into stores, is a significant step in that direction, even if a truly prairie-like farm is still decades away.

“We can’t just stay in Salina and continue breeding obscure crop plants that people haven’t yet heard of and all of a sudden bust out a commodity economy,” Allegrucci said.

But, like Magnusson, he and others at the Land Institute hope that those 175 acres of kernza grow exponentially—and that countless acres of prairie-like farms someday follow.