Passenger Pigeons and the Destructive Power of Humans 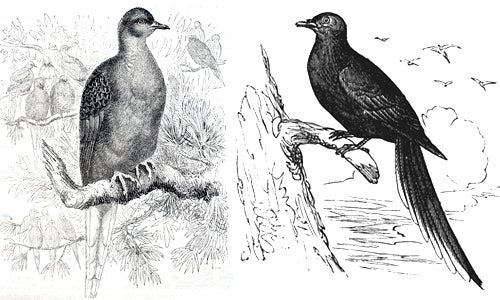 Passenger pigeons were once a remarkable story of nature’s abundance. Despite producing only one chick a year, they were the most numerous bird on Earth, sometimes darkening the sky for hours or even days when they flew overhead. But then they told another tale—about the destructive power of humans. We killed them all. The last wild bird was believed to have been shot in Laurel, Indiana, in 1902. The lone captive survivor was named Martha; she died at the Cincinnati Zoo 100 years ago, on September 1, 1914. 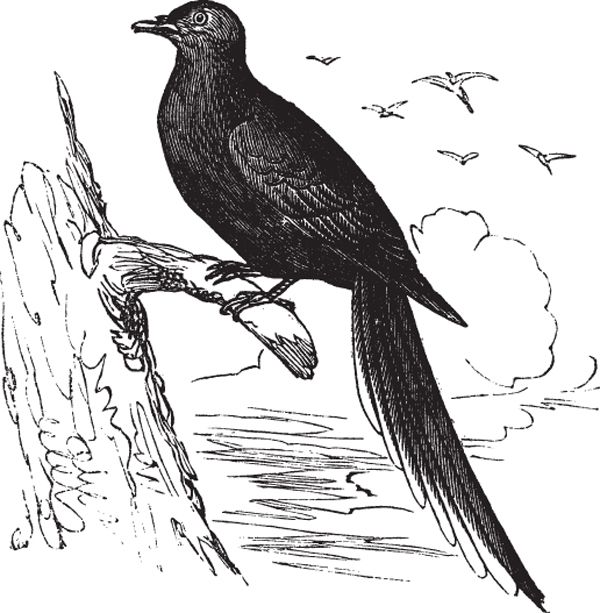 In some ways, the passenger pigeons’ success led to their demise. According to an article onYale Environment 360, their abundance made them “the least expensive terrestrial protein available.” Although habitat loss from expanding logging and agriculture played a role, hunting ultimately wiped them out.

Birds have long been the “canaries in the coal mine” for our destructive ways. Extinction of the passenger pigeon sparked the first large environmental movement in the U.S., and led to restrictions on hunting, as well as federal and international regulations to protect migratory birds.

The next great environmental movement was also ignited out of concern for birds. For 20 years after Swiss chemist Paul Müller discovered DDT was extremely effective at killing insects, it was the most widely used insecticide worldwide. But in her 1962 book Silent Spring, Rachel Carson explained how the chemical was also killing birds, and accumulating in the environment and up the food chain, to humans.

Carson’s book inspired me and many others to heed the environmental consequences of our actions, and eventually led to the creation of the U.S. Environmental Protection Agency.

Now, birds face a range of new problems, most caused by humans and many serving as further warnings about our bad habits. According to BirdLife International, one eighth—more than 1,200 species—are threatened with extinction. Habitat destruction is a major cause. Birds can’t survive when the places they live, breed and feed are destroyed or altered, and when food supplies are diminished. Chemicals such as PCBs, polycyclic aromatic hydrocarbons and pesticides are also killing birds, and, like DDT, also often affect humans.

Our insatiable energy appetite also puts birds at risk. Reading some energy-related news and blogs, one might conclude wind power is the biggest bird killer. But that’s far from true. Although poorly situated wind farms, especially ones using older turbine technology, do kill birds, it’s an issue that can be addressed to a large extent, as can problems around solar installations where birds have died. By far the largest energy-related bird killers are fossil fuels, especially coal. Heavy metals like mercury and lead from burning coal kill numerous birds—and even change their songs, which can affect their ability to mate and protect territory. And climate change is affecting many species’ breeding and migratory patterns.

U.S. News and World Report analyzed estimates of how many birds are killed every year by U.S. electricity sources. The numbers are telling: between 1,000 and 28,000 for solar; 140,000 and 328,000 for wind; about 330,000 for nuclear; 500,000 to one million for oil and gas; and a whopping 7.9 million for coal. According to one recent study, between 12 and 64 million birds a year are also killed in the U.S. by transmission lines. The article notes that all those numbers pale in comparison to birds killed by domestic cats: from 1.4 to 3.7 billion a year!

Not only do birds fill us with awe and wonder, but they also provide food and feathers, and keep insects and rodents in check. Their ability to warn us of the drastic ways we’re changing the world’s ecosystems and climate and water cycles can’t be ignored. By working to ensure more species don’t go the way of the passenger pigeon, we’re also protecting ourselves from the effects of environmental destruction.

As individuals, we must conserve energy, shift to cleaner sources and demand that our industrial and political leaders address issues such as pollution and climate change. And we can work to protect wetlands and other bird habitat. We can also join the legions of citizen scientists who are contributing to avian knowledge by posting information to sites such as eBird.org.

It’s not really just for the birds; it’s for all of us.