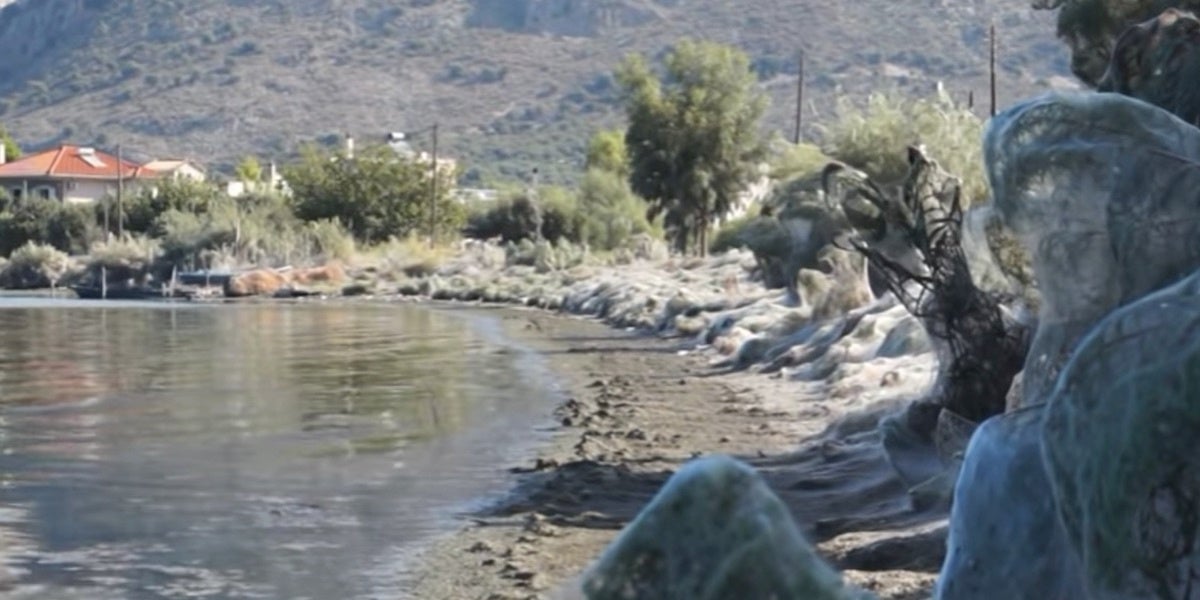 Arachnophobes beware. A shoreline by the Greek town of Aitoliko has been swamped by a mass of mating spiders and 1,000 feet of their cobwebs.

Earlier this week, a local named Giannis Giannakopoulos uploaded a YouTube video and posted several pictures of the spectacle on his Facebook page, showing shrubs, palm fronds and other greenery completely veiled by spider webs.

The webs were likely made by spiders of the Tetragnatha genus, which are sometimes called “stretch spiders” for their elongated bodies.

These insects tend to live by water and are excellent web builders, LiveScience reported, noting that their webs are used for nesting and to capture prey such as mosquitoes.

How did all those webs get there? Turns out, a bout of hot, humid weather as well as an increase in the mosquito population this year created favorable conditions for the spiders to reproduce and for their population to explode, an expert explained.

“The spiders are taking advantage of these conditions, and are having a kind of a party. They mate, they reproduce and provide a whole new generation,” Maria Chatzaki, professor of molecular biology and genetics at Democritus University of Thrace, told the local publication Newsit (translated from Greek).

Chatzaki noted that massive cobwebs have been seen before in 2003.

“The phenomenon we observed in Aitoliko is not unprecedented,” she said. “It is a seasonal phenomenon that occurs mainly at the end of the summer and early autumn.”

The spiders do not harm humans and will not cause any damage to the environment. Eventually, the bugs will die off and their web will naturally degrade.

“The spiders will have their party and will soon die,” she said.