This Endangered Parrot Can Use Probability to Make a Choice 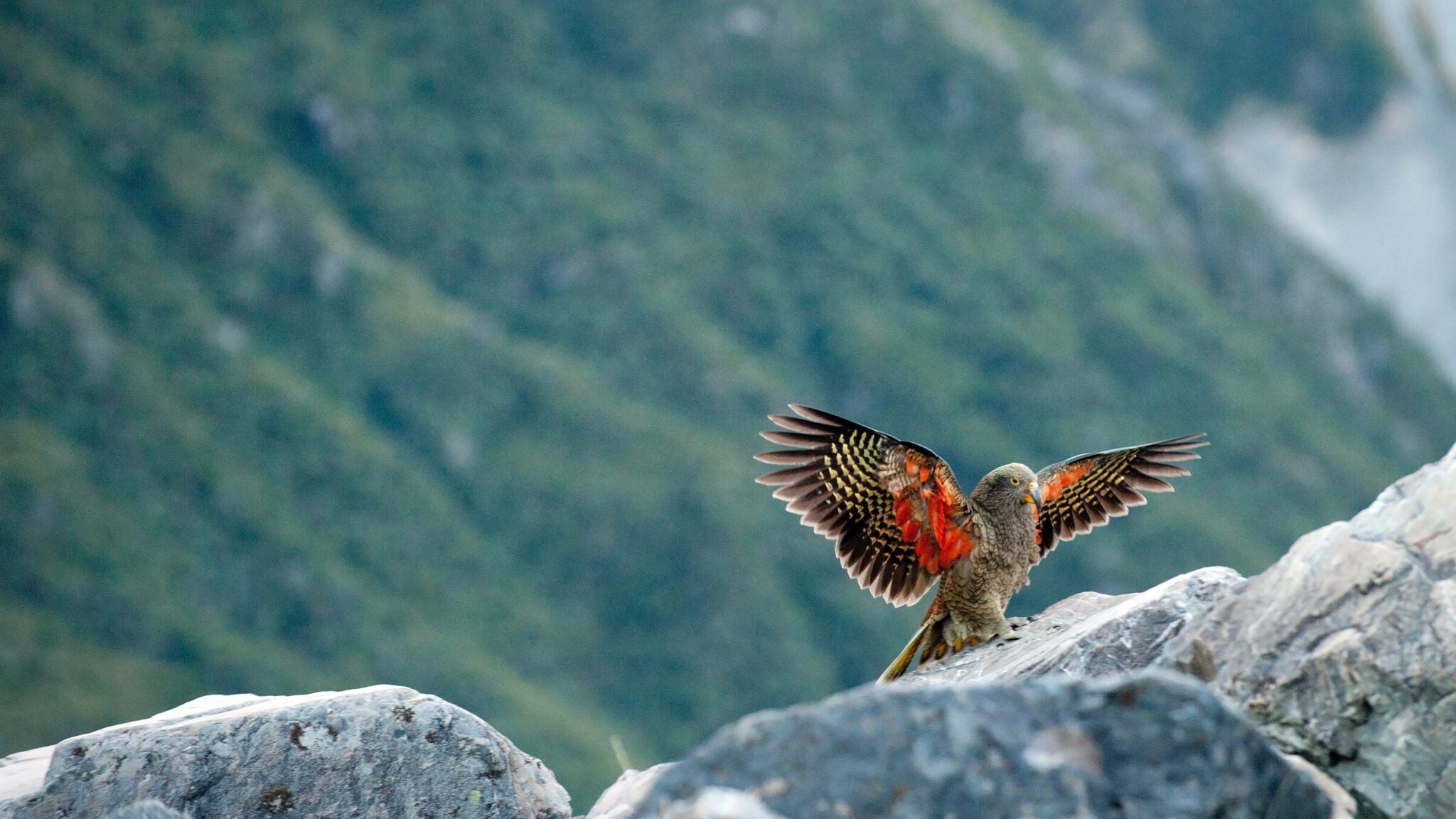 Researchers have found that kea (Nestor notabilis) parrots (seen above) can use probabilities to make choices. shirophoto / iStock / Getty Images

What is the probability that Polly will get a cracker?

According to a new study, that is a determination that at least one type of parrot is actually able to make. Research published in Nature Communications Tuesday shows that kea (Nestor notabilis) parrots, an endangered species from New Zealand, can use probabilities to make judgments, The Guardian reported. The study marks the first time this skill has been demonstrated in animals other than great apes.

“We always knew that they seemed quite intelligent, so we weren’t too surprised to find that they could understand probabilities,” lead author Amalia Bastos, a research assistant at the University of Auckland’s School of Psychology, told AFP. “What was most surprising is that they can integrate social or physical information into their probabilistic judgements.”

The researchers assessed the parrots’ reasoning using a series of tests.

First they trained six parrots, named Blofeld, Bruce, Loki, Neo, Plankton and Taz, to associate black tokens with a treat and orange tokens with nothing.

“Most of our birds are named after villains,” Bastos told The Guardian.

Researchers then filled clear jars with different ratios of black to orange tokens, took a token from each jar, hid it in their palms and encouraged the parrots to choose, AFP explained. The parrots chose the palm that came from the jar with a higher percentage of black tokens. Further, the parrots tended to prefer researchers who had shown a tendency to chose more black tokens.

“This shows that at least one parrot – the kea – shows intelligence that is flexible, or general, in a way that is comparable to human or chimpanzee intelligence,” Bastos told The Guardian.

At stake is understanding the kind of intelligence humans and animals posses, Science Alert explained. Is it “domain specific,” that is, do brains evolve to devote specific sections to specific tasks, or is it “domain general,” that is, do brains evolve to use the same processes for a variety of tasks? Making decisions based on probability is an example of domain general knowledge, and shows that brains very different from primate brains were able to evolve separately to think in this way.

“It was not a one-off quirk of evolution,” Bastos told The Guardian. “Birds and other animals may be thinking in more flexible and general ways than we thought.”

Researchers say further understanding of the kea’s intelligence is yet another reason to protect the world’s only alpine parrot. There are only 1,000 to 5,000 left in the wild.