The Lesson From a Burning Paris: We Can’t Tax Our Way Out of the Climate Crisis 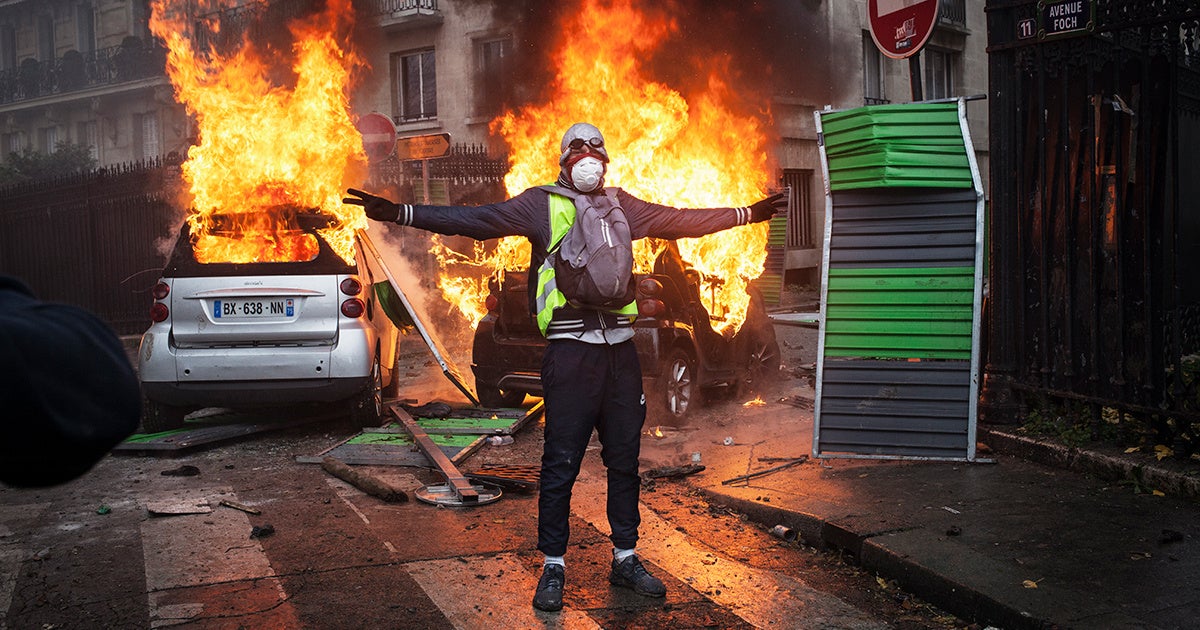 The images from the streets of Paris over the past weeks are stark and poignant: thousands of angry protesters, largely representing the struggling French working class, resorting to mass civil unrest to express fear and frustration over a proposed new gas tax. For the moment, the protests have been successful. French President Emmanuel Macron backed off the new tax proposal, at least for six months. The popular uprising won, seemingly at the expense of the global fight against climate change and the future wellbeing of our planet.

Yet this simple analysis is grossly incomplete and fatally flawed. A more thorough and accurate analysis of the latest failure to implement a new carbon emissions tax would be this: Real solutions to our dire climate crisis can’t come in the form of regressive taxes that pit working families against the cause of climate stability. We won’t avoid deepening climate chaos by pursuing strategies that unduly target the working class.

From here in the States to Europe and elsewhere, various carbon tax plans have been proposed or enacted in recent years as a “viable” solution to climate change. Economists of many stripes are quick to assert that putting a price on carbon emissions—as opposed to regulating them out of existence, for example—is the key to reducing fossil fuel pollution.

Yet little evidence exists of the virtues of taxing carbon from a climate standpoint. Many carbon tax advocates point to a recent plan enacted by British Columbia as evidence of the approach’s worth. Yet an analysis of the plan conducted by Food & Water Watch found that greenhouse gas emissions from taxed sources actually increased by more than 4 percent, while non-taxed emissions fell during the same period.

Meanwhile, the inherently regressive nature of consumer-based carbon tax schemes places an undue financial burden on those working families least able to afford it. “Progressive” carbon pricing advocates often point to fine-print details in some models that would apparently mitigate the burden on lower- and working class families by returning revenues to consumers in rebate structures meant to favor those in lower income brackets. Additionally, so-called “revenue neutral” plans claim to put no new financial burden anywhere in the economy—which would call into question what their point is in the first place.

Details aside, three key facts on carbon pricing are unavoidable: First, there is little evidence to indicate that existing plans have resulted in any significant cut in carbon emissions, anywhere. Second, in order to generate significant emissions cuts, the price-per-ton on carbon would need to be so high as to truly dismantle life for great swaths of society, not just the working class. You think the protests in Paris this week were bad? The small costs associated with the new French gas tax wouldn’t have made dent in emissions. Imagine if the tax was so immensely large as to actually reduce emissions. Talk about a protest!

And third, ExxonMobil and many of its fellow global fossil fuel pushers support carbon taxes. Why? Because they know that attaching a new public revenue stream on fossil fuels will only serve to condone and entrench the continued existence and expansion of the industry. To Exxon, a carbon tax means polluting, poisoning business-as-usual.

The real path to justly and aggressively moving off fossil fuels is simple: We must move off fossil fuels—justly and aggressively. This means new investment in the ever-expanding realm of clean energy production and transmission, which will create countless well-paying jobs. This means new investment in energy efficiency across all segments of society, which again will create many jobs. And this also means enacting a moratorium on new fossil fuel extraction and infrastructure. So long as we are continuing to drill and frack new wells, and build new interstate pipelines to carry new fossil fuel supplies to overseas markets, we will never truly begin the transition to a clean energy future our planet so desperately requires.

Call this a Green New Deal if you like, but be advised: Any Green New Deal that includes carbon pricing isn’t green, isn’t new and isn’t much of a deal.