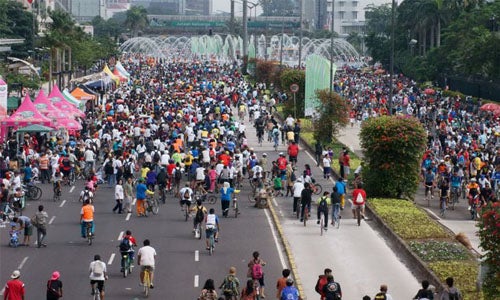 Parisians can walk, skate or cycle down the iconic Champs Elysees one day a month without worrying about traffic. The first Sunday of every month is a car-free day, an attempt to reduce pollution in the French city. The initiative began in September 2015 as the brainchild of Paris Mayor Anne Hidalgo. 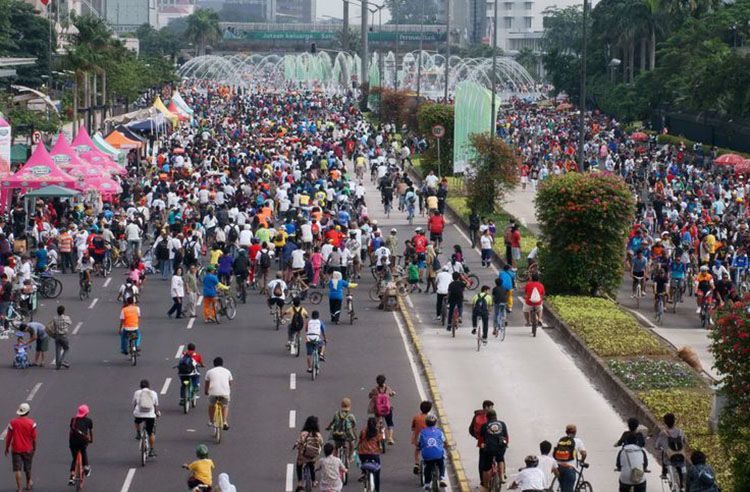 The first Sunday of every month is a car-free day in Paris.

The Paris Breathes campaign, responsible for implementing the program, blocks off 13 sections of the city at various times throughout the day. Sections are closed for various time periods ranging from four to 10 hours, according to the campaign’s website. There are an additional four locations that go car-free for the summer months only. The first car-free day—Sept. 27, 2015—led to a 40 percent drop in nitrogen dioxide in Paris, The Guardian reported.

Paris residents seem to love the car-free days. “I think especially when the weather is like that, beautiful sunshine, we feel like it’s the holidays for us. We can walk easily, no pollution, no noise. We are very happy,” one of the participants said in the below NowThis video.

Not all car-free programs are this successful. Dehli, India, is testing out a once-a-month car-free day, as well, but has had a rocky start. During the city’s third car-free day last December, pollution levels actually increased two fold due to traffic jams, India Today reported. The increased pollution was because the December car-free day was the first one that coincided with a work day and work-day traffic.