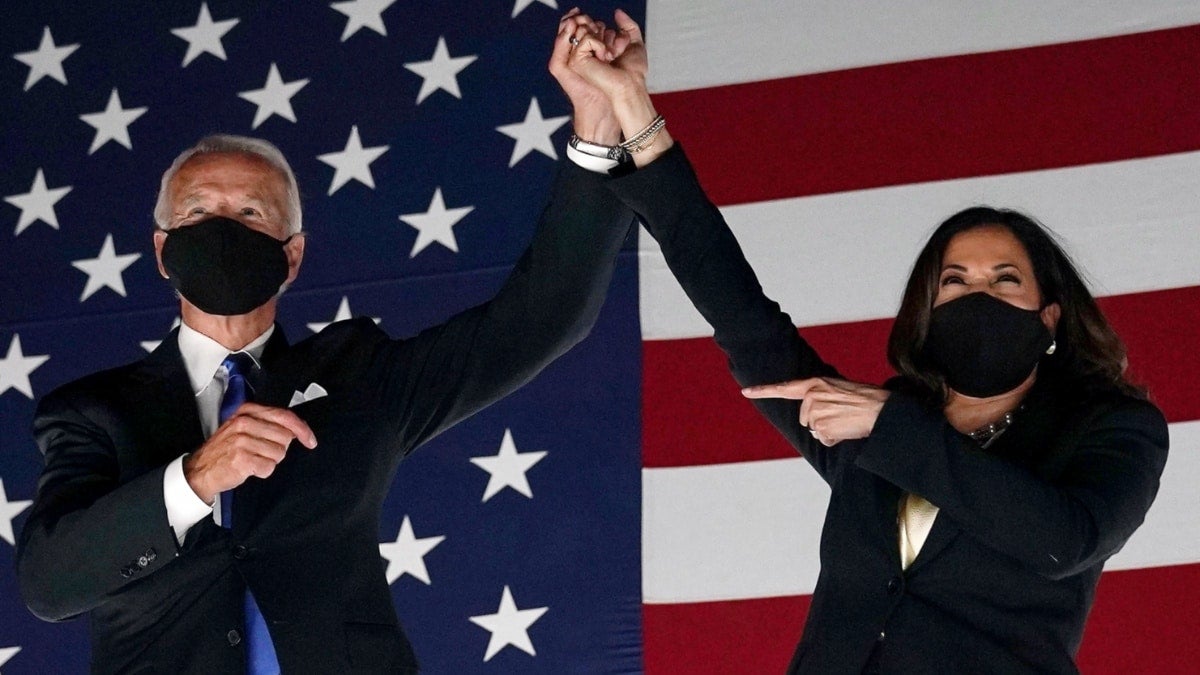 On Nov. 4, the U.S. officially left the Paris climate agreement, but its departure may be short lived.

Former Vice President Joe Biden, who took the lead Friday morning in the crucial battleground state of Pennsylvania according to The Associated Press, has reaffirmed his commitment to immediately rejoining the accord if he wins the 2020 presidential election against incumbent Donald Trump.

The two candidates have taken opposite stances on how to address the climate crisis. Trump has repeatedly denied climate science and worked to roll back climate policies put in place by the Obama administration, including standards for power plant and vehicle emissions. He has appointed former energy lobbyists to head both the Department of the Interior and the Environmental Protection Agency, and has completed or started the process of rescinding almost 100 environmental regulations, according to a New York Times tally.

Biden, meanwhile, has promised to spend trillion over four years to boost green jobs and infrastructure and achieve a carbon-free power sector by 2035 and net-zero emissions country-wide by 2050. While his plan is less ambitious and comprehensive than the Green New Deal, it has received qualified praise from progressive climate activists who worked with his campaign on a Biden-Sanders Unity Task Force and helped improve the plan’s ambitions.

Some of those same activists saw Biden’s recommitment to the Paris agreement as a positive sign for his future administration’s climate action.

“Pretty cool that @JoeBiden‘s most confident statement yet about being the next President of the United States is about Day 1 action to address the climate crisis,” Sunrise Movement co-founder and political director Evan Weber tweeted. “Biden has a climate mandate, and our movement will make sure he acts on it.”

“The American people will determine who will serve as the next President of the United States. Votes are still being counted in several states around the country,” the site reads. “The crises facing the country are severe — from a pandemic to an economic recession, climate change to racial injustice — and the transition team will continue preparing at full speed so that the Biden-Harris Administration can hit the ground running on Day One.”

The Paris agreement was passed in 2015 as a pledge to limit global warming to well below two degrees Celsius above pre-industrial levels and ideally to 1.5 degrees Celsius. Trump first announced he would withdraw from the agreement in June 2017, and his administration took action to do so on Nov. 4, 2019, as soon as was possible under UN regulations. If Biden wins and rejoins Jan. 20, the U.S. would officially be back in 30 days later.

On his campaign website, Biden has pledged not only to rejoin the agreement, but to lobby for greater international climate ambition.

“He will lead an effort to get every major country to ramp up the ambition of their domestic climate targets,” the site says. “He will make sure those commitments are transparent and enforceable, and stop countries from cheating by using America’s economic leverage and power of example.”

However, even if Biden rejoins the agreement, it may be difficult for other countries to trust U.S. leadership on the issue, BBC News pointed out. This is the second time the U.S. has helped to negotiate an international climate deal and then been unable to maintain support at home. The Clinton administration was not able to get the Senate to agree to the 1997 Kyoto Protocol.