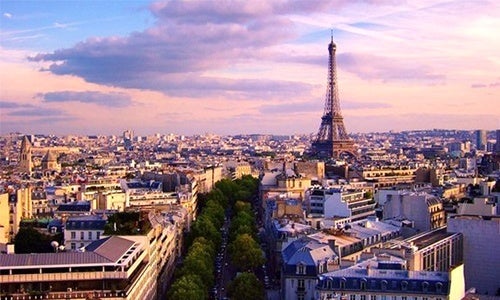 If you ever needed proof that we are truly embarking on a renewable energy revolution, then look no further than the latest report from one of the most respected credit ratings agencies in the world.

According to Standard & Poor’s latest analysis, the Paris Agreement, signed last month during COP21, will unleash more than $16 trillion of investments for renewable energy and clean technologies. 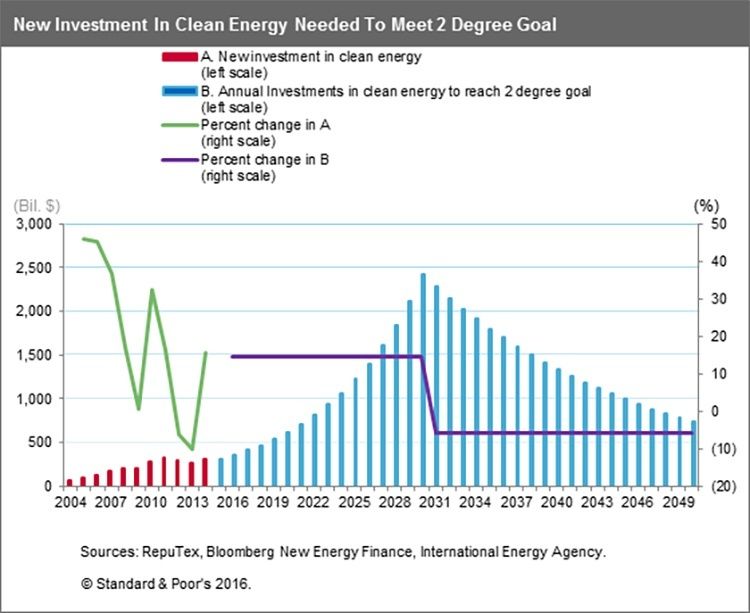 The report predicts that as a result of the Paris Agreement, the market for renewables, clean tech and green finance could take off because almost all of the plans submitted by the 195 countries mention renewables in their commitments. In fact, the pledges mentioned by China and India alone could potentially double the world’s wind and solar capacity within 15 years.

The agency expects that investments will move more quickly into renewables and new business models, with a focus on providing more energy efficiency solutions to consumers globally. They also expect this energy transition to shake the industry’s fundamentals over the coming years. In other words, the energy sector will undergo a dramatic and major transformation as never seen before.

“As the costs of renewable energy and other zero and low-carbon technologies continue to fall and more clean technological breakthroughs are unveiled, political pressure against supporting the initial cost of such a transformation should continue to ease and incentives for development should persist,” the report says.

This mega trend is supported by many new initiatives that were launched during COP21 such as Dubai committing to sourcing 25 percent of power generation from solar by 2030 and 75 percent by 2050, with a $27 billion Dubai Green Fund to support it. The International Solar Alliance by India and France, backed by 120 other governments, which aims to provide $1 trillion of solar investment, representing 1 terawatt (1,000 GW) of capacity, by 2030, is also a good example of this increase in finance for renewables.

To support this transition, a UN backed initiative was launched called the Green Infrastructure Investment Coalition. It aims to help investors understand the pipeline of green infrastructure investments as well as shape capital market instruments to ensure capital flows. The idea is to scale up the green bond market from its current $40 billion to the $1 trillion needed to fund low-carbon infrastructure.

This is all good news for consumers as well, as “Big leaps in energy innovation, cheaper renewables and the more efficient use of power—have reduced carbon emissions over the past 15 years without substantial increases in cost to end users.”

This latest renewable energy investment prediction is unprecedented and now that these market signals have been triggered, it’s up to governments and the corporate sector to start implementing this massive transition.