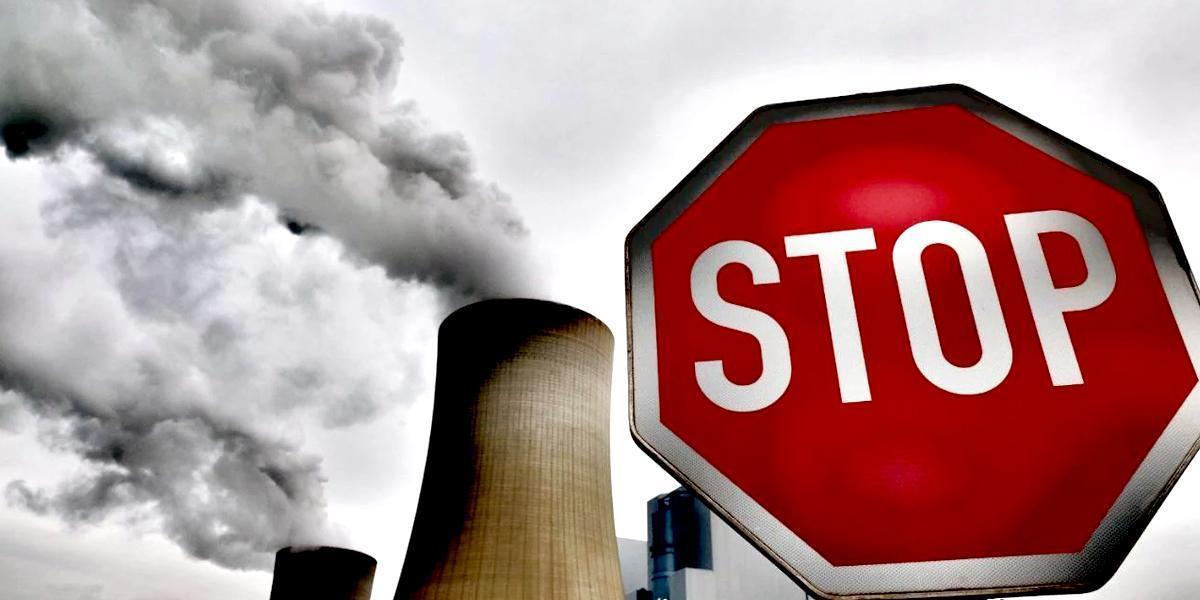 Global emissions can be pushed down to “net zero” by 2060 to meet the climate goals of the Paris agreement, said the International Energy Agency (IEA).

For the first time, the 29-member intergovernmental group’s annual Energy Technology Perspectives report, the 2017 edition published Tuesday, maps a “below 2°C” scenario. This shows how to limit warming to around 1.75°C above pre-industrial temperatures this century, roughly in line with Paris, which aims for “well below 2°C” and preferably 1.5°C.

The “well below 2°C” aim is “technically feasible” and the past three years of stalled emissions favorable, the IEA said, but the gap compared to current action is “immense” and the challenge “formidable.”

Carbon Brief runs through what is needed to change course. This includes the early closure of most of the world’s coal fleet, incurring losses of up to $8.3 trillion by 2060.

OUTRAGEOUS! Trump's Paris Withdrawal: One of the Most Ignorant & Dangerous Actions of Any President https://t.co/6Yjc7nsmcY #ParisAgreement

In serious discussions about climate change, it is universally acknowledged that the world must become carbon neutral in order to stop global temperatures from increasing. This is because of the carbon budget, which caps the amount of greenhouse gases that can be added to the atmosphere for a given level of warming. The only real question is when net-zero emissions must be reached.

Apart from the choice of temperature limit—whether 1.5 or 2°C above pre-industrial temperatures—the major uncertainties include how sensitive the earth is to increasing emissions and how effectively the natural world can continue to absorb much of the carbon we release each year.

The Paris agreement sets a warming limit of “well below 2C” with an aspirational 1.5°C target. It loosely follows the science of carbon budgets by calling for net zero emissions in “the second half of this century”.

These more ambitious targets set a challenge politically, but also for energy modellers such as the IEA, which had previously focused on the 2°C goal. The IEA’s Energy Technology Perspectives 2017 is its first attempt to determine if the goals of Paris can be met.

Previously, the IEA had shown that current policies and climate pledges were insufficient, implying global temperatures reaching 2.7°C in 2100 and still rising. That was before President Donald Trump began the process of tearing up the U.S. contribution.

It had identified a “bridge” scenario that would bend the path of emissions towards 2°C, as well as its more aspirational 2°C path, which reaches net-zero emissions by 2100. But these still fell short of reaching the Paris targets.

In its new report, the IEA said:

“Technologies can make a decisive difference in achieving global climate goals while enhancing economic development and energy security. For the first time, [our] technology-rich modeling expands the time horizon to 2060 and reveals a possible although very challenging pathway to net-zero carbon emissions across the energy sector.”

The path to meeting this zero-by-2060 scenario is narrow and requires unprecedented action, the IEA said, though it does not rely on unforeseen breakthroughs in innovation. Its report emphasizes the scale of the challenge:

“Deployment of clean energy technologies, inclusive of those currently available and in the innovation pipeline, is pushed to its maximum practical limits across all key sectors … This pathway implies that all available policy levers are activated throughout the outlook period [2014-2060] in every sector worldwide. This would require unprecedented policy action as well as effort and engagement from all stakeholders.”

Even so, its zero-by-2060 scenario would give only a 50-50 chance of keeping global temperature rise below 1.75°C. This is within the bounds of the Paris goals, though the IEA said it is not trying to set the definition of the “well below 2C” target in the agreement.

Shifting from the 2°C path to its below-2°C scenario would again put heavy emphasis on energy efficiency across transport, buildings and industry, to make 34 percent of the additional carbon savings. The importance of CCS would increase, making up 32 percent of extra effort, as the chart below shows.

Compared to the current path, efficiency and renewables would still play the largest role:

As efficiency cuts demand and renewables scale up, fossil fuels’ share of the global energy mix falls from 82 percent in 2014 to 35 percent in 2060 under the 2°C scenario, with coal use falling by 72 percent, oil by 45 percent and natural gas by 26 percent compared with 2014.

In the below-2°C scenario, these reductions are even more stark, with fossil fuels’ share of global energy falling to 26 percent, coal use falling by 78 percent, oil by 64 percent and natural gas by 47 percent. Coal use without CCS is already largely eliminated in the 2°C scenario, so the shift to below 2°C disproportionately cuts into the space available for burning oil and gas.

In the power sector, low-carbon electricity meets 96 percent of global demand by 2060, even under the less ambitious 2°C scenario. The IEA’s latest report goes further than ever before in spelling out the financial implications of this shift for coal and gas-fired power stations.

As the transition to zero-carbon accelerates, many fossil-fueled power stations will have to be closed before they reach the end of their natural life, the IEA said, causing lost earnings and creating “stranded assets” that are worth less than expected by investors.

Under its 2°C scenario, some 1,520 gigawatts (GW) of capacity is closed early, of which 1,285GW is coal. For comparison, the combined fleets of China and the U.S. today, the world’s top two countries for coal capacity, total 1,208GW. Adding Russia and Poland takes this to 1,285GW.

In its below-2°C scenario, the IEA sees 1,715GW closing early, of which 1,330GW is coal. This is equivalent to the current fleets of China, the U.S., Japan, Germany and Poland. The plants closing early would lose $3.7 trillion in revenue to 2060 for the electricity they would otherwise have generated.

If action in the power sector is delayed, the extent of early closures and financial losses only increases, the IEA noted. If global power sector emissions remain flat until 2025, before falling more steeply later on, then losses could reach $8.3 trillion by 2060 and early retirements of coal and gas plants would climb to 2,350GW. The current global coal fleet is 1,965GW.

It’s worth noting that despite the significant role for CCS in its scenarios, the IEA said under a 2°C or higher path: “Coal-fired power plants with CCS become too carbon intensive at a certain point, since 10-15 percent of their emissions are not captured.”

Unless these residual emissions can be eliminated through technical advance, then this issue will limit the potential to prevent stranded coal assets by adding CCS later on. That’s particularly true if climate ambition is pushed towards below 2°C, or if action is delayed, the IEA report suggests.

Still, its scenarios include a key contribution from bioenergy with CCS (BECCS) to generate negative greenhouse gas emissions. The IEA includes significant levels of negative emissions, reaching nearly five gigatonnes of CO2 (GtCO2) per year in 2060, as the chart below shows.

Some experts argue this level of demand for biomass would be unsustainable, while others point to slow progress on CCS. Nevertheless, negative emissions from BECCS are “central” to the below-2°C scenario developed by the IEA, where stubborn emissions from transport and industry are offset by negative emissions in the power and transformation sectors (for example, bioenergy-derived fuel production linked to CCS).

The broad outlines of what is needed to meet the goals of the Paris agreement are well known: the world must reach net-zero emissions soon after 2050 to keep the rise in temperature to 2°C or less. Yet the scale of the challenge is daunting and, as the IEA points out, most sectors are off track.

Part of its latest report is devoted to tracking the progress of clean energy, technology by technology, repeating a sobering reality check that it carries out each year. This year, the IEA said, electric vehicles, energy storage, plus solar and wind are on track for a 2°C scenario.

This compares poorly to the eight sectors that are not on track and the 15 sectors where more efforts are needed. While this picture appears fairly gloomy, it’s worth comparing to what the IEA said two years ago, when no sectors were on track, and last year, when only one was.

It’s also worth reiterating the IEA’s view that meeting the aims of Paris is technically feasible with existing technologies and those in development, without the need for breakthrough innovation. As ever, world leaders’ lack of political will stands in the way of meeting their stated climate goals.